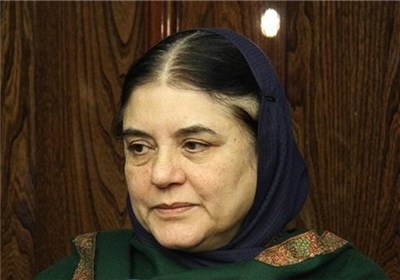 This article has been written by Yash Mittal, pursuing LLB-1 year from Mewar Law University.

This case is a landmark judgment which played the most significant role towards the transformation of the judicial review on Article 21 of the Constitution of India so as to imply many more fundamental rights from article 21. This case is always read and linked with the AK Gopalan v State of Madras, because the case revolves around the concept of personal liberty which came up for consideration in the AK Gopalan case.

1) The petitioner Maneka Gandhi was a journalist whose passport was issued on June 1, 1976 under the Passport Act 1976.

2) The regional passport officer, New Delhi issued a letter dated July 7, 1977 addressed to Maneka Gandhi in which she was asked to surrender her passport under section 10(3)(c) of the act in the public interest. Within 7 days from the date of receipt of the letter.

3) When the reasons were asked for the confiscation of her passport, The ministry of external affairs declined to produce any reasons in the interest of the general public.

4) The petitioner thereupon filed the present writ petition challenging the action of the government for impounding her passport and declining to give reasons for doing so.

3) Whether the passport act prescribes a procedure as required by article 21 before depriving a person of the right guaranteed under the said article.

5) Whether the impugned order of the regional passport officer is in contravention of the principal of natural justice.

Arguments of the petitioners

1) The right to go abroad is a part of personal liberty used in article 21 and no one can be deprived of this right except according to the procedure prescribed by law. Passport Act 1967 does not prescribe any procedure for revoking or impounding a passport. So it is unreasonable and arbitrary.

3) Any procedure established by law is required to be free from arbitrariness and must comply with the principle of natural justice.

4) An essential constituent of Natural Justice is “Audi Alteram Partem” i.e., given a chance to be heard, was not granted to the petitioner.

1) The respondent stated that since the petitioner was required to appear before a committee for inquiry, hence her passport was impounded.

2) The respondent asserted that the word law under article 21 can’t be understood as reflected in the fundamental rules of natural justice, Emphasising the principle laid down in AK Gopalan case.

3) Article 21 contains the phrase “procedure established by law” & such procedure does not have to pass the test of reasonability and need not necessarily be in consonance with the Articles 14 & 19.

Section 10(3)(c) is void as conferring an arbitrary power since it does not provide for a hearing to the holder of the passport before the passport is impounded.

Section 10(3)(c) is violative of Article 21 of the Constitution since it does not prescribe ‘procedure within the meaning of that article and the procedure practised is worst.

A new doctrine of Post Decisional theory was evolved.

In this case, the Hon’ble court interpreted different Articles of the Constitution very brilliantly. But the post decisional doctrine, which was given in this case, According to Scholars it was not good. A person should be given the chance of defending himself, before the decision. And in this case, the petitioner should be compensated.