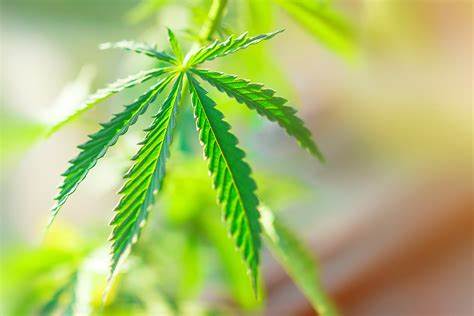 This article has been written by Aashika Aggarwal pursuing BBALLB (H) from Amity University, Gurgaon. Picture credits to webMD

Marijuana is also called weed, herb, pot, grass, bud, ganja, mary jane, and a vast number of other slang terms- is a greenish-gray mixture of the dried flowers of cannabis Sativa. Some people smoke marijuana in hand-rolled cigarettes called joints, in pipes, water pipes (sometimes called bongs), or in blunts (marijuana rolled in cigar wraps). Marijuana can also be used to brew tea and, particularly when it is sold or consumed for medicinal purposes, is frequently mixed into foods (edibles) such as brownies, cookies, or candies. Vaporizers are also increasingly used to consume marijuana. Stronger forms of marijuana include sinsemilla (from specially tended female plants) and concentrated resins containing high doses of marijuana’s active ingredients, including honey like hash oil, waxy budder.

The main psychoactive (mind-altering) chemical in marijuana, responsible for most of the intoxicating effects that people seek, is DELTA-9-TETRAHYDROCANNABINOL (THC). The chemical is found in resin produced by the leaves and buds primarily of the female cannabis plant. The plant also contains more than 500 other chemicals, including more than 100 compounds that are chemically related to THC, cannabinoids. Marijuana is the most commonly used psychotropic drug in the United States after alcohol. In 2018, more than 11.8 million young adults reported marijuana use in the past year. Its use is more prevalent among men than women. Marijuana use is widespread among adolescents and young adults. Medical emergencies possibly related to marijuana use have also increased. It is unknown whether this increase is due to increased use, increased potency of marijuana (amount of THC it contains), or other factors.it should be noted, however, that mentions of marijuana in medical records do not necessarily indicate that these emergencies were directly related to marijuana intoxication.

Legalization of Marijuana in India

Delhi is the third-largest consumer of weed in the world after New York and Karachi. I think there is no other country like India where weed has been such an integral part of religion and society. A lot of research paper suggests that the medicinal benefits of marijuana can be used as a treatment against psychosis and anxiety. So, why do we have so much stigma around weed in our country?

Delhi consumes 38,268 kg ganja every year. Mumbai is sixth in the ranking, which consumes 32.380 kg of the stuff on an annual basis and all of this is illegal in India. If weed is legalized in our country then, our Government can earn a lot of revenue which might just help in boosting our GDP. An average joint is equaled to 0.32 gram and in 1 gram, three joints can be made and if we do the maths, in Delhi rolls 114 million joints every year and in Mumbai rolls 97 million joints every year and all this is not legal.

In Arthva Veda, weed is described as something which brings joy to the lives of people. Lord Shiva is mostly seen with a Chillum in hand. Most of the sadhus and pir babas communicate with God via communal smoking sessions. I’m not in a manner saying that we should legalise it right now.

So, cannabis and its various derivatives have been illegal in our country only since 1985, with the passing of the Narcotics and Psychotropic Substances Act. This happened because of two reasons. First was our commitment to an International Treaty on Narcotics. And second, was the pressure by the United States for participation in their ‘WAR OF DRUGS’. It means that instead of regulating its supply, like an economic commodity, we conveniently brushed aside the topic from the public sphere, which resulted in this taboo around weed. Social awareness campaigns like the great legislation movement have been trying to educate the masses about the medicinal benefits of marijuana. So a lot of people say that weed can make you psychotic, which is not entirely wrong. Tetra Hydro Cannabinol or THC is the main psychoactive compound in weed which gives us the feeling of being ‘HIGH’. And there is evidence that THC is related to psychosis somehow. There is another substance in weed called CBD or Cannabidiol which is non-psychoactive. This means that CBD can cancel out THC’s euphoric-at-times-psychosis-inducing high. But the recreational strains of weed which are available these days have a high level of THC and very low level of CBD. Because of which you get a good ‘high’. But because of this, people who are already dealing with depression or anxiety or some sort of PTSD can have severe panic attacks or psychotic episodes. So that’s why one needs a good amount of CBD in the weed strain.

CBD also helps in relieving chronic pain, can help in the recovery of cancer patients, treats depression, helps people with epilepsy and attention deficit disorder as well. And this argument that weed is a ‘gateway drug’ to other hard drugs, is not entirely supported by science. A lot of research studies suggest that only 95 of those who use marijuana, end up being severely addicted to it. As compared to alcohol and tobacco, which is 32% and 15% respectively. So in recent years, marijuana has been legalized in some form or the other across most of the US, many European countries, Argentina, Mexico, Canada, Portugal, Brazil, Australia, Turkey, and many others.

According to reports 60,000 kgs of hash and 40,000 kgs of opium is produced in Himachal Pradesh alone, in a year, and to maximize the profits, these paddlers mix a lot of weird chemicals in weed or hash strains. And if it’s legalized, the Government can maintain the standards which will not adversely affect the health of people. If our Government acts smartly, legalizing weed might just do a lot more good than harm to people.

KARTA UNDER HUF
Remedies for Breach of Contract
Vilas Pandurang Pawar Vs. State Of Maharashtra