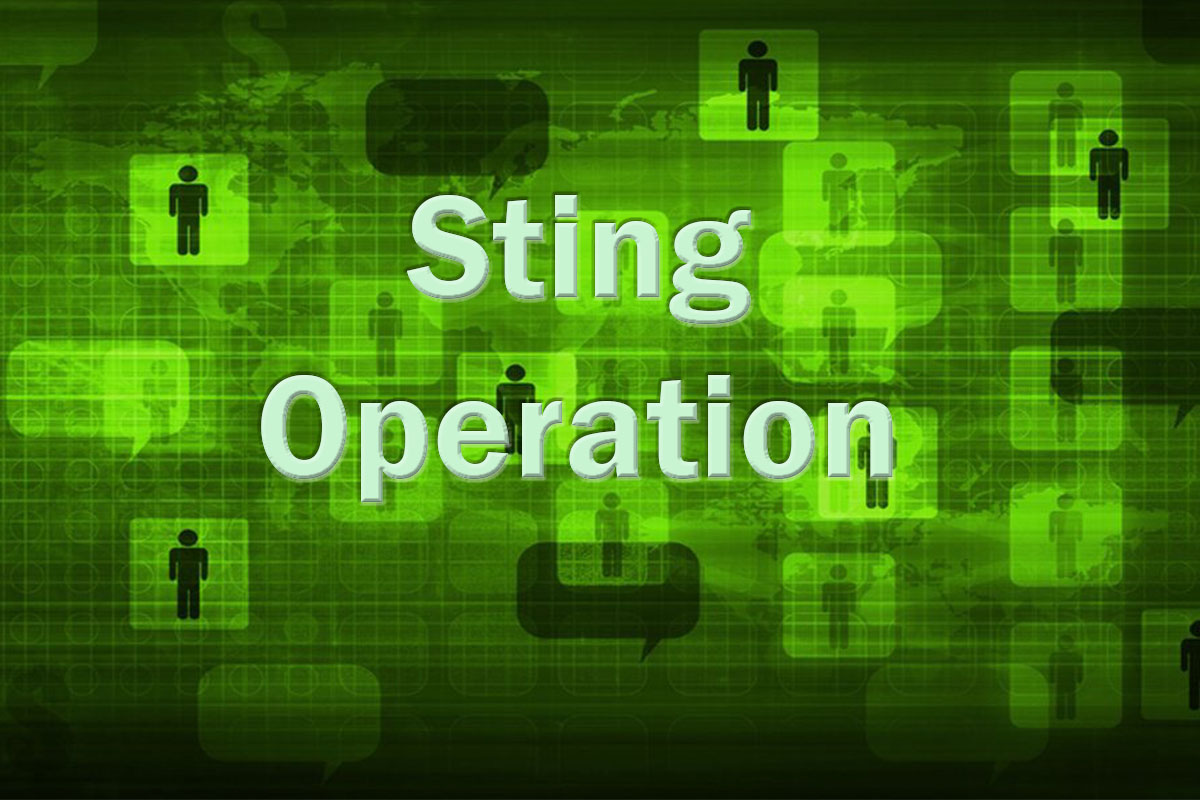 Sting operations are the activities performed by people by hiding their true identity to investigate a matter and bring out the illegal activities performed by any person. Prevalently such Sting operations are conducted by Journalists and Police to uncover corrupt Legislative and administrative leaders and officers respectively. It is also performed to catch a criminal and make people aware of his criminality, who asserts to be innocent. Such operations raise an issue of Legality and Morality of these practices which are further discussed in the Article.

Sting Operations can have both Positive as well as Negative Impacts on society.

Positive Impacts – The positives are the legitimate concern for the overall population and planned to penetrate the cover of the government’s working procedure.

Negative Impacts– To increase Television Rating Points. Sometimes Media houses show fabricated Sting Operation videos to maintain the “Interest of People” in their channel rather than working for “Public Interest”.

Supreme Court in a landmark judgment of Maenka Gandhi stated that the people of India acquire the Right to Know under the Fundamental Rights of the Constitution.

Article 19(2) states that nothing should bring defamation to a person while exercising freedoms guaranteed under the same Article clause 1. Therefore, Media is under the restriction of not to defame a person by presenting a fabricated video of a Sting Operation to the General public.

Admissibility as Evidence in Court of Law

“It matters not how you get it; if you even steal it, it would be admissible as evidence.” The principle is applicable in the common law. However, there have been various contradictory views and orders of various Courts and different case laws. The evidence acquired as Sting Operation is considered as Extra-judicial Evidence as an electronic record given to a third party, makes it admissible. This concludes in respect of admissibility that courts have a discretionary power on Sting Operations.

Montesquieu in his book “Spirits of the Law” stated that Media is the fourth pillar of Democracy. Further in the Constitution of Freedom of Press is provided as a Fundamental Right under Article 19 with certain reasonable restrictions. People today live in a world of Technology and Social Media, therefore it is as easy as ABC to influence people on a large platform of the Internet, which increases the responsibility of Media in conducting its work in the most efficient, impartial, and ethical manner. The most watershed incident of Sting operation of History in India is the ‘Tehlka’ Sting operation. Some more prominent sting Operations conducted by Media were-

This Evidence has been rendered inadmissible in the Court of Justice several times due to probabilities of editing, lack of clear audio, video imaging, unavailability of dates, time, and correct places. However, they have also been admissible in various cases such as Jessica Murder Case

State of U.P v. Raj Narain states “People of this country have all rights to know every Public Act”

Comparative Analysis with other Countries

A sting operation in the USA is considered to be legal to uncover various offenses like drug trafficking, political and Judicial Corruption, prostitution, etc., the law there differentiates between the trap for innocents and trap for Criminals. The landmark case was Keith Jacoboson v. the United States.

Sting operation needs to have legislation made on it which can guide the people at large, Judges and lawyers to decide whether such practice is acceptable if acceptable then up to what extent, what can be the elements and requirements to be admissible in the Courts, etc. while keeping in view every good and bad aspect of these operations. This makes it important to be a part of Law to maintain transparency and accountability of the Government as well as a detriment to society while infringing the privacy of people. The harmonious balance is the need of an hour with respect to the legality and morality of the Sting Operation to maintain a healthy Democratic character of the Country.