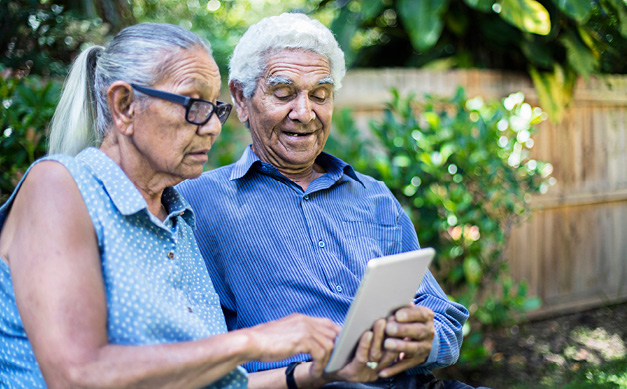 This article is written by Siddhi P. Nagwekar, Karnataka State Law University’s Law School. This article discusses the legal framework related to the rights of elderly people in India.

Caring for the elderly passes as one of the rudimentary roles a society must be held liable for. The idea of a nuclear family impacted the cycle resulting in an imbalance of the usual life of elderly people by getting the better of a thousand years old practice of India where parents are treated as a pious form of God. While most developed countries have codification and schemes in place to make sure that no senior citizens are deprived of their rights, a major part of the population of the country such as ours remains oblivious to them owing to low rates of literacy. While some of the core laws include the Elder law and the Maintenance and Welfare of Parents and Senior Citizens Act, there are sections further, of our constitution that safeguard the rights and interests of the elderly.

Safeguards under Personal Laws: The duty to maintain parents is righteous and is recognized by all people. However, so far as the law is concerned, the position and extent of such liability vary from community to community.

Children have a duty to maintain their aged parents even under Muslim law. According to Mulla:

(a) Children in undemanding situations are bound to maintain their poor parents, even though the latter may be able to earn something for themselves.

(b) A son in difficult conditions is obligated nevertheless to maintain his mother, if the mother is poor, irrespective of whether she is infirm.

(c) A son, who is poor, nonetheless, is earning something, is obligated to support his father who earns nothing.

According to Tyabji, parents and grandparents in strained state of affairs are allowed, under Hanafi law, to maintain their children and grandchildren who have the avenues, notwithstanding their ability to earn their livelihood. Both sons and daughters have a duty to maintain their parents under Muslim law. The binding, however, depends on their having the means to do so.

1. Protection under the Code of Criminal Procedure

Criminal Procedure Code, 1973 – Chapter IX: ‘Order for maintenance of wives, children and parents’: If any person having adequate means abandons or spurns to maintain his mother or father, incapable to maintain himself or herself, a Magistrate of the first class can, upon evidence of such abandonment or refusal, order that person to provide a monthly grant for the maintenance of his wife or such child, father or mother, at such monthly rate not going beyond five hundred rupees in the entirety, as such Magistrate thinks fit, and to pay the same to such person as the Magistrate may from time to time direct. Section 125(3): If any person so ordered fails without adequate reason or cause to meet the order, any such Magistrate can, for every non-compliance of the order, issue a warrant for exacting the amount due in the approach provided for imposing fines, and may sentence that person, for the whole or any part of each month’s grant remaining unpaid after the enforcing the warrant, to imprisonment for a term which may extend to one month or until payment whatever is sooner. It can thus be said that prior to 1973, there was no provision for the maintenance of parents under the code. The Law Commission, however, was not in favour of making such provision. According to its report, the CrPC is not the right place for such a provision. There will be a significant difficulty in the sum of maintenance awarded to parents apportioning amongst the children in a summary proceeding of this type. It is prudent to leave this matter for a pronouncement by civil courts. The provision, nevertheless, was introduced for the first time in Sec. 125 of the Code of Criminal Procedure in 1973.  It is also necessary that the opposite party having ample means, abandoned or refused to maintain his, who is unable to maintain himself.

The Government of India, Ministry of Social Justice & Empowerment is the nodal Ministry responsible for the welfare of the Senior Citizens. It has declared about the National Policy on Older Persons encapsulating all doubts/worries pertaining to the welfare of older persons. The National Policy on Older Persons recognizes a person aged 60 years and above as a senior citizen. The Ministry is also implementing the following schemes for the benefit of Senior Citizens:

The Government of India approved the National Policy for Older Persons on January 13, 1999, to speed up the welfare measures and enable the elder people  in ways advantageous to them. This policy contained the following major points:

Elderly people carry a vast range of experiences of their personal and professional life, and society in general needs to utilize those experiences for a greater future. They can layout a key generational link for upcoming generations. It gives support and stability to families and society. Grandparents in joint families provide a critical link for transmitting values and morals to the younger generation in their early years, thus working towards raising sensible human beings and responsible citizens. Recognizing seniors’ contributions would aid in making ours a more age-inclusive society that doesn’t pit one generation against the other. Their profound cultural impressions and social experiences provide the essential buffer against intolerance, violence and hate crimes which gives stability in society especially in the age of hate and crime. They can play an important role in alleviating societal tensions, both within and outside families through their insights and understanding.

Social security is the simultaneous responsibility of the central and state governments, as mandated under the Indian constitution i.e., Well-being of senior citizens – Article 41 in particular and 46 in general of Indian constitution. In this aspect, the National Policy on Senior Citizen, 2011 was devised. For the welfare and care for the older persons, we must concentrate on the safeguarding of existing traditional social institutions/social support systems such as kinship and family, community bonding, community participation and neighbourhood bonding should certainly be revived. People in the family or those related should show more care and sensitivity towards elderly citizens.

Defamation Laws and Chilling Effect on Freedom of Speech and Expression
Confession- An Aid to the Lawsuit
Section 8 of the Companies Act, 2013