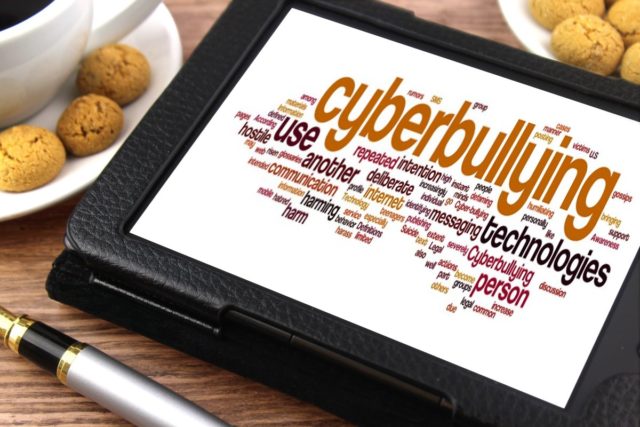 This article is written by Gaurav Lall pursuing BBA LL.B. (Hons.) at United World School of Law. The article speaks about the concept and ideology of cyberbullying. The laws related to cyberbullying are also specified.

Cyberbullying is any form of bullying that takes place via internet-connected devices like smartphones, computers, or tablets. It can occur via social networking sites such as Instagram, Snapchat, and Facebook etc. and through email, messaging apps, text messages, forums, games, etc. Any online medium that allows for the sharing of information can become a platform for cyberbullying. Cyberbullying is the use of technology to intimidate, harass, threaten, torment, or humiliate a target person. Examples of cyberbullying include sending false or threat types of texts, posting false information about a person online, or sharing embarrassing photos or videos. It can be particularly damaging and upsetting because it’s usually anonymous or hard to trace the accused. It’s also hard to control, and the victim has no idea how many people have seen the messages or posts. People can be tormented non-stop whenever they check their devices or computers. Most of the times it becomes difficult for the parents and teachers to recognize apparently what the children and teenagers do online. Cyberbullying doesn’t require face-to-face contact and is not limited to just a handful of witnesses at a time. The physical power or strength in numbers is also not required for performing the crime.

Reasons and Consequences of Cyberbullying

Cyberbullying has been around for a while currently, but people have just recently begun realizing that the problem needs to be addressed. There’s a typical misconception that it’s only children, who suffer from cyberbullying. Of course, the difficulty will affect them. It becomes hard for parents to cope up with what their children do online. However, cyberbullying is an issue that can affect anyone and does affect people of any age from all over the world. The reasons why people decide to bully others online are varied, but this article aims to identify some of the foremost common factors. (i) A lack of empathy the technology enables people to distance themselves from a situation of affairs even whereas they’re in it. Cyberbullies do not see the pain they cause and therefore cannot imagine the uncertainty they put to their victims. (ii) Cyberbullies cannot feel the pain they cause to their victim and thinks they deserve it and insecurities are the major factor in bullying whereas most of the people often try to put their peers down to feel superior. It’s common for people to try and discredit or bully others based on a difference of opinion or a sense of superiority. (iii) Another common cause is the desire for revenge which makes one person want to hurt the other. Because the online platform is easier and more accessible, cyber-bullying often is easier than real-life bullying, making it a common tool in the hands of bullies.

Cyberbullying can make the persons or children feel overwhelmed which can result in feeling embarrassed that they are going through such a devastating time, and not knowing what support is available to them. Many children feel unable to reveal in an adult because they feel ashamed and wonder whether they will be judged, told to ignore it or close their account. For many cyber bullying effects, their everyday lives become a constant source of distress and worry. With mobile technology being so freely available it is an ongoing issue and which is persistent. It does not only go on after school, college or work, but mostly carries through into the next day and the cycle continues. It has been well documented that cyberbullying has resulted in painful events including suicide and self-harm and clearly, more needs to be done to protect the vulnerable population captured in the zone of cyberbullying.

Unfortunately, in India, there is no specific law which addresses cyber-bullying. Therefore, we have to rely on the Indian Penal Code (IPC) with particular reference to the following Sections:

ii) Section 292A: Printing, etc. of grossly indecent or scurrilous matter or matter intended for blackmail

vi) Section 509: Word, gesture, or act intended to insult the modesty of a woman.

i) Section 67: Publishing or transmitting obscene material in electronic form

In the year 2012, “The Protection of Children from Sexual Offences Act (POCSO)” was enacted protecting the children below the age of 18 years from any form of sexual harassment, sexual assault, and pornography which would include any form of sexual cyber-bullying which would be punishable under the provisions of this Act.

After examining the laws to address this increasing crime of cyberbullying, there exists a very serious need to have specific legislation. In this regard, it is relevant to mention that the Ministry of Human Resources, have realized the gravity of cyber-bullying and directed all schools and colleges to form Anti-Ragging Committees. Further, the guidelines also specify that educational institutions are indeed to put a check and prevent harassment by cyber-bullies.

Cyberbullying is a problem in societies that are advanced enough to have the technology to connect with other people online and is not easily fixable. It can affect anyone but is most prominent in today’s youth. People mainly, teenagers have trouble with cyberbullying and find it hard to communicate with others about the problem they are facing. The people are facing trouble and lives are being lost through long term effects such as depression and anxiety. The elimination of cyberbullying will take a combined effort and won’t be eliminated overnight. The government should accept that cyberbullying is a challenge to be accepted and put some laws for this to help discourage this activity. So schools and parents should be aware of what kids are doing on the internet and their phones and act if they are doing something wrong.