Kishan vs The State Of Madhya Pradesh 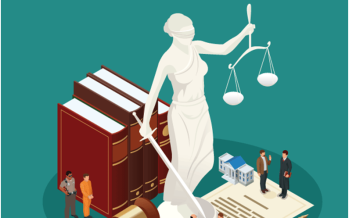 This article is written by Khan Mahenoor Barsati, a student of Rizvi Law College.

On May 4, 1968, Damrulal Went to the cottage of deceased Bucha where he at that point of time was overseeing foundation-digging near his cabin. However, earlier a person whose name was Damrulal instructed the deceased to avoid utilizing bricks relating to him to which Bucha replied that he was using his bricks.

It led to an argument of heated phrases between them both. Thereafter Damrulal left the area angrily after bestowing a threat to Bucha that he would shortly settle the matter, The chore came to an edge at approximately around 9 a.m and the labourers working there evacuated the spot.

While the deceased was grabbing his feast in the verandah of his home, Damrulal, Ganesh and the appellant along with their brother Har Charan entered at his residence and in a moment Ganesh prompted his brother Har Charan to grab hold of Bucha and kill him who was dragged out of his dwelling up to an immediate neem tree where he was badly beaten by fists and exhilaration and all three brothers Bucha managed to disentangle himself from their grip and pick up a Khutai lying close, He gave three blows on the head of Har Charan with the Khutai. Har Charan fell on the ground and became unconscious. Thereafter the appellant and his remaining two brothers, Ganesh and Damrulal, snagged hold of Bucha. The appellant grabbed the Khutai from the needle of Bucha and bestowed two or three blows on his head. Bucha fell on the ground and became lifeless. The appellant, Ganesh and Damrulal carried away Har Charan in a carriage and lodged a report with the police. Kanhaiyalal P.W. 6. lodged the F.I.R. about the incident in the Police Station Prithvipur and Bucha died soon afterwards.

The Additional Sessions Judge depended on the evidence of Khumania, Tujia and Bhagola to the importance that the appellant Ganesh and Damrulal along with the deceased Har Charan had gone to the home of Bucha and whacked him by fists and kicks. He also said that Bucha disengaged himself from their grip and picked up a khutai.

The Sessions Judge formulated that Ganesh and Damrulal did not participate in beating Bucha after Har Charan had fallen on the ground. Accordingly, he held that only the appellant was responsible for causing injuries to Bucha.

He was of the impression that after Bucha had the khutai there was an adequate apprehension of grievous injury in the mind of the appellant. So when the appellant snatched the khutai from his hand and struck blows on his head, he was behaving in the activity of the right of self-defence and hence, he had no intention to cause terrible hurt to Bucha or to seize his vitality.

It was also found that Bucha was the aggressor thus, The Sessions Judge contemplated that the appellant could be held guilty under Section 304 Part II I.P.C., but as he protects in the exercise of the right of self-defence, he was not guilty of that offence. The Sessions Judge, therefore, vindicated the appellant as well as his co-accused and three persons lived strived for the murder of one Bucha by the Additional Sessions Judge, Tikamgarh.

Furthermore, the State petitioned against the judgment of the Sessions Judge to the High Court on the ground convicting the appellant under Section 302 I.P.C. and sentencing him to imprisonment for life and convicted Ganesh and Damrulal under Section 323 I.P.C and assessed a sentence of Rs. 50/- each which they have not contested.

Whether the Conviction of Ganesh and Damrulal is lawful?

Judgment of the Case

The high court held that appeal is accordingly dismissed by Turning to the second argument that the appellant and his co-accused had gone to the house of Bucha intending to cause physical harm to him and hence, They went unarmed to Ms house So they did not then have any intention to kill him.

On the other hand Bucha picked up the khutai and inflicted deadly blows on the head of Har Charan, brother of the appellant Har Charan fell and became unconscious. (He died soon thereafter).

At that moment the appellant hurled the khutai on the head of Bucha. The blow was so serious that there was profuse bleeding inside the brain.

With these injuries death was inevitable.” This medical opinion clearly brings the case of the appellant within the purview of Section 300, third clause. So the High Court is right in convicting him under Section 302 I.P.C.