Juvenile Justice: Comparative Analysis with the Laws of USA, UK and Canada 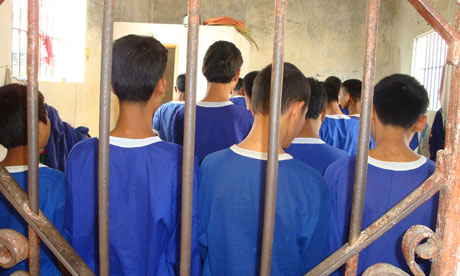 This article is written by Priyanka Choudhary, currently pursuing BALLB from Mody University of Science and Technology, Lakshmangarh, Rajasthan. This article deals with the comparison of the Juvenile Justice (Care and Protection of Children) Act, 2015 of India in contrast with the USA, UK, and Canada Juvenile Justice System.

To replace the Juvenile Delinquency Law and therefore the Juvenile Justice (Care and Protection of Children Act) of 2000, The Juvenile Justice (Care and Protection of Children) Act was introduced and passed in Parliament in 2015. One of the main provisions of the new Act was that it treated the juveniles of the age group of 16-18 years as adults who were in conflict with the law and allowed their trials, in cases where the crimes were to be determined. It is determined by a Juvenile Justice Board, that what should be the nature of the crime and whether the juvenile should be tried as a minor or a child. This provision received a push after the 2012 Nirbhaya gangrape case in which one of the accused was just short of 18 years, and was therefore tried as a juvenile.

How does Juvenile Justice Work in India

“The Juvenile Justice (Care and Protection of Children) Act, 2015”, defines the process or the legal framework in which juveniles between the age of 16 to 18 years in India, can appear before a judge.

The American Juvenile Justice System is the primary method to handle minors who are below 18 years and have committed criminal offenses or crimes. The federal “Juvenile Justice and Delinquency Prevention Act” (JJDPA) which was established in 1974 and last reauthorized in 2002, provides crucial support to the state programs that assist communities to take a comprehensive approach to prevent the crimes or offenses done by juveniles and to quickly and effectively address the needs of vulnerable youth and their families.

Comparative Analysis with the Laws of USA, UK and Canada

The JJ Act of 2015 is modern and progressive legislation that intends to bring change and restore the juveniles, this legislation brings forth a whole set of guidelines that are also open to abuse. While undertaking the work of comparison between all the four legislations of the countries many different things were found out.