Judicial Separation and Divorce under the Hindu Marriage Act, 1955 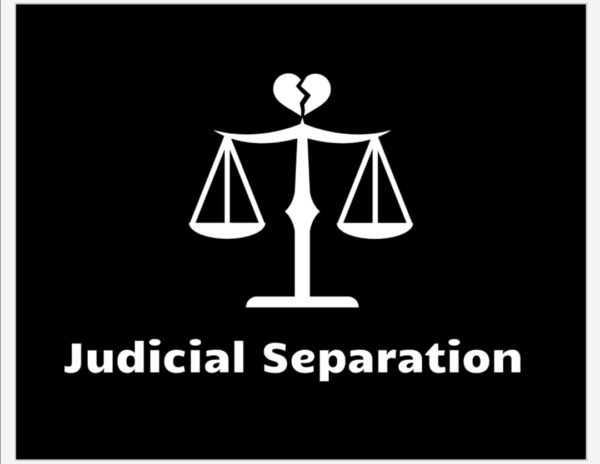 This article has been written by Yash Dodani, a first-year student at NALSAR University of Law. He has tried to explain the concepts of Judicial separation and Divorce and set a difference between these two.

The Hindu Marriage in Indian society is considered as a sacrament. It means that the Hindu marriage by its creation can’t be revoked by any chance. It is considered in the Hindu Rituals that the Hindu Marriage is made by the god and can’t be broken by humans. Before the enactment of the Hindu Marriage Act, 1955 [here referred to as “Act”] there was no method available for either of the parties to get the marriage dissolved if there are any issues with the marriage. As soon as the Act passed, the parties have got the grounds under which they can file a petition of either divorce or Judicial separation. The 1076 Amendment in the Act makes the grounds for judicial separation and divorce common. However, these pleas are not the same. There is a substantial difference between these two which I will discuss in the coming parts.

Read: Hindu Marriage: Is it a Sacrament or a Civil Contract

When the parties to the marriage want to live separate from each other legally, despite being legally married. They file a plea under section – 10 of the Hindu Marriage Act by which they can formalize a de facto separation while remaining legally married. Upon approval of the plea filed, the couple is said to be ‘judicially separated’. This legal process is called Judicial Separation. Upon which they are no longer required to fulfil conjugal rights. There are however some obligations that need to be fulfilled. Either party is not allowed to remarry during the time of such separation. If they do so, they can be booked under section 494 of the IPC for adultery. A time of one year is given to the parties to resolve their issues if they can. In other words, the time is given in order to get a settlement done.

There are various grounds available to parties under section 13[1] of the Act to file a plea of judicial separation which are same as divorce as stated above.

There are some other grounds which the Hindu Marriage Act has specified for only women. These are some grounds specified below:

The courts in the petition of judicial separation can also deal with the question of maintenance. Provided that during the time of the separation, the wife is in such a condition that she can’t maintain herself and but for the maintenance by the husband, she will be in harsh condition.

This decision was given by the Punjab and Haryana High Court in the case of Sohan Lal v Kamlesh[1] where the Court held that the maintenance can be given under the time of judicial separation where the wife is not able to maintain herself.

There are three theories of divorce which are prevalent in the world. These are:

Difference between Divorce and Judicial separation

I leave on you to determine whether the Hindu Marriage in current times a sacrament or a civil contract. There is a difference between divorce and Judicial separation which I discussed above.