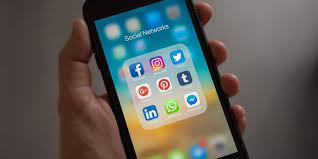 New Information Technology Rules also known as New IT Rules 2021, introduced by the Ministry of Electronics and Information is secondary legislation that subdues India’s Intermediary Guidelines Rules 2011. On February 25th, 2021, the Government has notified about the IT rules giving social media platforms 3 months to comply.  According to the new rules, all the Social Media handles require to remove unlawful content uploaded in the said social media platform within the time frame provided by a court order or a notice by a government agency. Also, it is now clearly stated that Social Media platforms need to follow the Constitution and Laws of India. They have also introduced Grievance Redressal for the user and appoint a Resident Grievance Officer[i], Chief complying officer, and nodal contact person in their companies.

Reason Behind the Introduction of New Rules

Recent times have witnessed an increase in usages of the digital platform, here the most concerning part about the increase of criminals and anti-national elements through misuse of social media like scams, frauds, cheating, harassment, etc. Another most highlighted issue is related to the OTT platform. Like we always know everything has both positive and negative[ii] sides it is also almost the same in the case of them, many matured content or defamatory content are now witnessed on live streaming which has marked a very negative impact on society. So Ministry of Electronics and Information has to take this step to maintain the positive impact of social media or OTT platforms and decrease the adverse effect.

Why WhatsApp has Sued the Government of India?

Facebook-owned WhatsApp has filed a case in Delhi High Court against the government of India, seeking to block the new Information Technology rules that came into effect on 25 May 2021. According to them, the new rule requires certain social media intermediaries like WhatsApp to trace the origin of the particular message. Also, WhatsApp claimed that requiring the message to ‘trace’ is at par with keeping a fingerprint on every single message sent through their messenger. Which would violate end-to-end encryption[v] offered by them. In which they encrypt every message and call in such a way that even WhatsApp cannot track any messages or the originator of it. WhatsApp in its case also highlighted that ending the encryption mechanism will be unconstitutional and against the people’s fundamental right (Right to Privacy) under case Justice K S Puttaswamy vs Union of India[vi].

What Government has to say About These Allegations

On 29th May, the minister of electronics and information and technology[vii] has clarified the stance of traceability of messages on various social media platforms that have emerged as a lightning rod in the ongoing tussle over the new IT rules. He has given various statements:

The IT Rules 2021, have the potential to fundamentally change how the internet is used by billions of users across India. Many of the changes are the same as the draft named as Chinese model of online surveillance and censorship but there is also some noticeable improvement that has been taken without public deliberation. In some aspects, it becomes a worse and unconstitutional proposed extension of executive power to regulate online news media and video streaming platforms. The need for regulation is maybe constitutional and advances fundamental rights but this approach has the potential of chilling the voices and hurting the privacy of Indian people.[viii]