Introducing AFSPA and its Implication 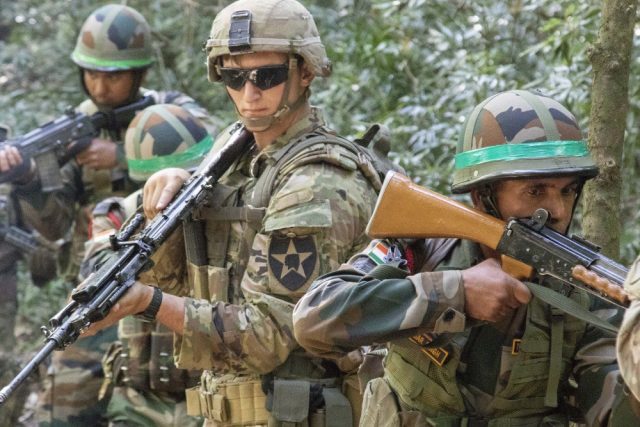 This article is written by Navneet Chandra, a student of the Central University of South Bihar, Gaya.

The Armed Forces (Special Powers) Act was enacted in 1958 to bring under control what the government of India considered ‘disturbed’ areas. The Tripura government on Thursday decided to lift the controversial law which according to a Press Trust of India report “was in effect for the last 18 years to curb insurgency. “The Act has often faced flak from human rights groups as it gave sweeping powers and immunity to the army in conflict-ridden areas.

Any law that empowers the state to act with impunity must be resisted by a democratic society. The Armed Forces Special Powers Act (AFSPA) which is imposed in disturbed areas of the North East and Jammu and Kashmir has been contested by several civil society groups of this country.  In Kashmir, several women are called half widows because their husbands have been abducted and secretly killed, all in the name of counter-insurgency. In disturbed areas, the army is brought in to tackle militancy. Under AFSPA the security forces enjoy immunity for causing death and for tortures they inflict in the name of countering insurgency. Very often the encounters are staged and suspects are killed because the higher-ups need quick results. Irom Sharmila of Manipur has been the longest non-violent protest against the AFSPA. She started her fast to protest against AFSPA in November 2000 and continues to be force-fed in jail. Successive governments have refused to take a call against this repressive colonial Act because the Defence Ministry would refuse to deploy the army if the AFSPA is withdrawn. Army officials claim that sending their men into an insurgency affected area without the backing of AFSPA is like sending them with their hands tied behind their backs.

Over the years, there have been several voices of protest. There is the 11-year-long fast of Irom Sharmila, a Manipur activist demanding a repeal of the law, which has recently received much media attention. In 2004, various civil society groups in Manipur launched an intense agitation after the death of Manorama Devi, a civilian, while in the custody of the Assam Rifles. In 2005, following her death, the then Union Home Minister visited Manipur and instituted a commission under Justice Jeevan Reddy, which also asked for the modification or repeal of the AFSPA. In 2011, the chief minister of Jammu and Kashmir (J&K), Omar Abdullah, too asked for the AFSPA to be lifted from the state. In March this year, the UN and other organisations, both nationally and internationally, have also jumped into the fray, asking for the repeal of AFSPA in the North East and Jammu and Kashmir.

Controversy on the implication of AFSPA, Act

The AFSPA was first enforced in the North East in 1958; due to the extreme law and order situation, the central government classified the North East as a “disturbed area.” After 1958, the AFSPA has been incrementally applied to cover the seven states in the North East. The law has also been in force in large parts of Jammu and Kashmir from the 1990s. It grants the army “special powers” which have to be used with extreme care. The law gives the army powers to shoot to kill, destroy property and temporarily detain suspects. Army personnel acting under the AFSPA are immune from all actions taken under other laws of the Indian Penal Code, the Criminal Procedure Code and civil suits, unless otherwise sanctioned by the central government.

The army is called in only when secessionist violence crosses the threshold of being a law-and-order problem that the police cannot handle. The armed forces are trained to be aggressive, to fire for effect, to be lethal; it is this training that makes the army more successful than the police in counter-insurgency operations.