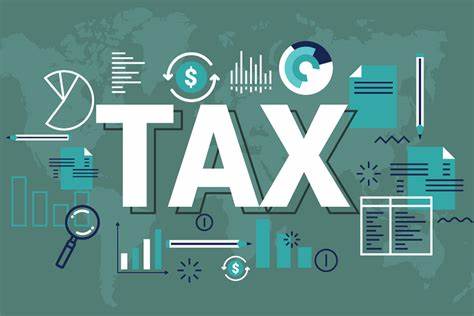 This article has been written by Khan Mahenoor pursuing law from Rizvi Law college. The pictorial image has been taken from Forbes

What is Tax?  A Tax is a compulsory financial charge or some other type of levy Imposed  upon  a person by a state in order to fund government spending and various public expenditures.  A failure to pay the tax is forsooth Punishable by law.  In simple words, The tax is the compulsory pecuniary payment made by the citizens to the state Without any quid pro quo. The government collects  taxes to meet its development and administrative needs. It is through Tax a citizen is connected to Government. A citizen paying tax automatically Acquires a right to enjoy the facilities provided by the government and that he is filled with national pride. It can be paid either in money or  in labor In modern terms, taxation transfers wealth from households or businesses to the government. This has effects which can both increase and reduce economic growth and economic welfare. If we trace back to  time the first known taxation took place in Ancient Egypt around 3000–2800 BC.

How do Taxes contribute in economic growth of a nation?

Taxation Pay and Fund public  is a vital element in the social agreement and bond between the economy and the citizens. It promotes growth and progress in a nation’s economy and social programs.

These taxes are  usually levy  on income, sales, property, estates, imports, capital gains, dividends, goods and services, as well as other various fees. As citizens of the country It is a Responsibility of people to pay taxes which would help in the growth and progress of the economy and the World.

The Governments wouldn’t be competent  enough to meet the societies’ demands and needs without imposing taxes. Taxes are essential for  finance, social programs and projects. It can  however  affect a country’s condition and status of economic growth. Generally, taxes add to a country’s GDP or Gross Domestic Product. As a result of this contribution, taxes aid in the growth of the economy, which depends on  Economy of the country, for instance an increase in the creation of jobs for citizens, a rise in the standard of living, and much more.

Tax is more than just a source of revenue and growth. It also plays a key role in building up institutions, markets and democracy through making the state accountable to its taxpayers. In developing economies a lack of tax structures is a major cause of weak, unresponsive governance. It often enough leads to an overreliance on aid. With tax, the public can hold governments to account for their decisions, and not feel tied to the will of people . And because tax revenues are relatively predictable, governments can plan ahead with greater certainty.

Mainly, there are two kinds of taxes defined under the Indian tax system, which get further Sub -divided into other categories:

A direct tax is a tax an individual or organization pays directly to the imposing entity. In Simple words,It is a tax levied directly on a person who pays it to the Government and cannot pass it on to someone else. It cannot be passed onto a different person or entity; the individual upon whom or which the tax is levied is responsible for the fulfillment of the full tax payment.  For example

Real property tax, personal property tax, income tax, Wealth Tax, Gift Tax, Expenditure Tax, Fringe Benefit Tax or taxes on assets etc. They are  usually based on the ability-to-pay principle. The principle states that those who have more Affluence or earn a higher income should pay more taxes. The Central Board of Direct Taxes (CBDT) overlook the direct taxes in India, and they cannot get transferred to any other individual or legal entity

An indirect tax  is a tax collected by an intermediary from the person who bears the ultimate economic burden of the tax (such as the consumer). In Simple terms, Taxes that get imposed on products and services when they are bought and sold are called indirect taxes, Term indirect tax is Contrasted with a direct tax, which is collected directly by the government from the Persons ( on whom it is imposed).It is supposed to be refunded to the parties that are involved in the production process (and not the final consumer) however

This is a consumption tax which is imposed on the supply of services and goods  Every step of the production process of any goods or value-added services is subject to imposition of GST.

It could be any fuel, liquor, and cigarette taxes. An excise duty on motor cars is paid in the first instance by the manufacturer of the cars; ultimately, the manufacturer transfers the burden of this duty to the buyer of the car in the form of a higher price. Thus, an indirect tax is one that can be shifted or passed on. The degree to which the burden of a tax is shifted determines whether a tax is primarily direct or primarily indirect.

On a larger perspective, we can agree that both direct and indirect taxes are important for the betterment of our economic growth and development

Partition: Meaning, Division of Right and Division of Property
Examination of a witness under the Indian Evidence Act, 1872
Critical Analysis of the Citizenship (Amendment) Act, 2019