Impact of International Trade Laws on the Environment 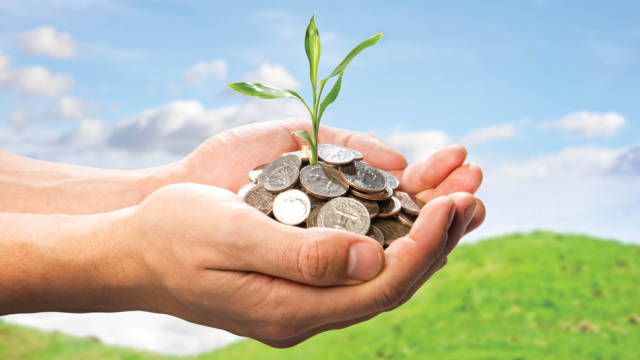 Till the end of the 20th century, there had been a long going debate between environmental concerns and economic needs. With an increase in globalization since the late 20th century, small developing nations have often been left to pick between the environment and the economy. Countries such as Vietnam, Cambodia, Indonesia, etc. have been a production base for various MNC’s in various industries such as fashion, electronics, plastics, etc. These countries initially had a rich environment, which today suffers majorly from pollution and depletion. The UN in 2015 finally put an end to the economy or environment debate by picking a middle ground- sustainable development.

International trade possesses as a huge threat to the environment. Most developing countries have a rich base of natural resources. These resources are often exploited by huge MNC’s and leave a scarring impact on the planet. Climate change has been an alarming issue this year as many countries around the world are suffering the impact of it. In India itself, the summer of 2020 held a record-breaking temperature of 50 degrees, meanwhile, states like Assam, Kerala and Maharashtra have been under constant threat of floods and earthquakes in Gujarat has become more frequent than ever before. On a global scale, we have had the Australian bushfires, Indonesian floods, earthquakes in Russia and the Philippines, etc. Most of these natural disasters have been linked to climate change and environmental threats.

When we see laws relating to international trade, we realize its mainly in the form of agreements that countries have consented to. International organizations such as the WTO and the UN play a key role in such agreements and all countries that are parties to such agreements must follow what was decided. The UN recognized climate change and environmental threats as a matter of global importance and hence the United Nations General Assembly in 2015 decided on a set of 17 global goals to achieve sustainability. This was recognized in the popular Paris Agreement where all member countries agreed on cutting down on methods of trade that was potentially exploiting the environment.

The WTO plays a key role in regulating international trade and commerce. When it comes to environmental regulations, the WTO understands the importance of a balance between economic and environmental growth in a country. Allowing for the optimal use of the world’s resources as per the objective of sustainable development and seeking to protect and preserve the environment are fundamental goals of the WTO. These goals are enshrined in the Preamble of the Marrakesh Agreement (the birth agreement of WTO) and these go hand in hand with the WTO’s objective to reduce trade barriers and eliminate discriminatory treatment in international trade relations between countries.

For WTO members, the aims of upholding and safeguarding an open and non-discriminatory multilateral trading system, on one hand, and acting for the protection of the environment and the promotion of sustainable development, on the other, can and must be mutually supportive. WTO rules, including specialized agreements such as the Agreement on Technical Barriers to Trade (which deals with product regulations), and the Agreement on Sanitary and Phytosanitary Measures (which concerns food safety and animal and plant health), provide scope for environmental objectives to be followed and for necessary trade-related measures to be adopted.

The Doha negotiation is was an important move by the WTO with regards to environmental concerns. It on achieving more efficient allocation of resources on a global scale through the continued reduction of obstacles to trade and on pursuing win-win-win results for trade, development and the environment. The Doha negotiation was the first international agreement where environmental issues had featured explicitly in the context of a multilateral trade negotiation.

International movement of goods continues to have significant environmental consequences, including increase of short-lived and long-lived greenhouse gas (GHG) emissions globally, the introduction of invasive species into waterways regionally, and harm to human health through particulate pollution locally. Production and waste management have been harming the environment in various manners. Governments around the world have been working towards these environmental concerns, however, the pace of finding a solution is extremely slow when compared to how rapidly the issue is growing.

Economically stable nations such as the United States, China, Japan, etc have disregarded environmental concerns. Trump, for example, withdrew the USA from the Paris Agreement. China continues with expanding industrialization to the extent of leaving irreversible damage on the environment. Small countries are often put at a pressure point when economically developed nations don’t abide by these agreements. Despite over two-third (higher voting power) of the member countries in UN and WTO being third world countries or smaller nations, the fear of economic exclusion pushes these countries to comply with what the economic giants agree on.

In a situation of an economic crisis, as we are currently facing, most governments will look forward to shooting up economic growth rates and increasing GDP in the successive financial years. However, the government this time must take into account the increasing natural disasters due to climate change and work towards a sustainable model of economic growth. A sustainable model for economic growth can be contributed by various factors, such as- what manufacturers are producing, how production is made, what a consumer is interested in buying, prices of goods, etc.

Governments must start regulating what an MNC is allowed to produce and manners of production to promote environmental development. Organizations like the WTO and the UN must start taking stricter action against countries that violate the agreements. The WTO Dispute Settlement Body previously has dealt with several disputes concerning environment-related trade measures. Such measures have sought to achieve a variety of policy objectives — from conservation of sea turtles from incidental capture in commercial fishing to the protection of human health from risks posed by air pollution. When we look at the judgements in landmark cases such as the US shrimp and turtle case or the asbestos case, the WTO has always sided with whatever is beneficial for the environment.