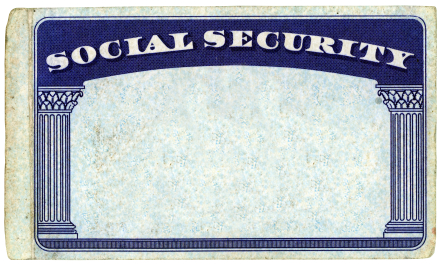 India has made colossal steps in decrease in the primary decade of the 21st century.  Social security basically involves access to health care and income security, especially in your age groups, like old age groups, for example- people who are unemployed, people who are sick, invalidity ( which means who cannot work), people who have work injury, women who are dealing with maternity, loss or a main income earner. Social security deals with vulnerable groups. It basically means that these household people should meet their minimum basic needs. Social security is related to the welfare state.

Social security means a program that requires the Government to create a fund or system which can be used to make payments to people who are unable to work because of circumstances. The social security paradigm is not a simple goodwill gesture from a Government to the citizen but a RIGHT.

The first major social security program in Southeast Asia came into operation in India on February, 24, 1952. The program, which was initiated on a limited basis, will cover about 2.5 million factory employees when it comes into operation throughout the main industrial centres.

The government of India has given high priority to a program of social security for its many workers. India is the most popular country in this world with a democratic form of government and rank second among the industrial nations of Asia. The adoption there of a social security program is an important development. The new nation faced and still faces numerous problems. Illiteracy is widespread. The population is increasing at the rate of about 5 million a year.  Initially almost all security schemes and programs were focused on younger generations and issues related to health care and disability. Old age security was considered as a family subject as most people lived there with their children. With rapid increase in population of older persons and fast changing socio-economic scenario, issues concerning old people are now also being included within the social security schemes over the years.

This act includes factories and companies with 10 or more than 10 employees. Each and every organisation has to enrol their company and even their workers under this act so that they can get all the medical benefits and protection to all the employees and their families.  This act has a family pension benefit as well in case of any disability with the worker or death of any worker.

India’s national social insurance framework does exclude free clinical consideration for the whole populace. The employees’ state insurance (ESI) act makes a reserve to give clinical care to representatives and their families, just as money benefits during affliction and maternity, and regularly scheduled instalments if there should be an occurrence of death for those working in industrial facilities and foundations with at least 10 workers.

In this act, 15 days wages are paid if you complete minimum 5 years of service. They calculate service like at the time of resignation, if the salary of a person is RS.100000/- p.m. then 1 lakh is divided by 2 as you get 15 days and then they multiply by 5. Minimum 10 workers are required to get this act enforced. There are even some amendments in this act but they are not officially enforced.

In this act, the pension is guaranteed. In the employee pension scheme, there is both employer plus government contribution. They need more than 20 people establishments.  This act gives pension to the widow/ widower if pensioner is dead. To avail this act, one must be a member of EPFS.

It is a 12 digit unique number which is allotted to each member of EPF. This number gives online access to every EPF member. Basically, any person of EPF can check their money online or withdrawal the money online, so this is the benefit of having UAN. It has allowed the EPF accounts online. The online access EPF account is by Ministry of Labour and Employment.

This is the single and unique identification number for the factories and establishments. This LIN is applicable under all the labour laws. This number is going to replace all the different licenses under the Ministry of Labour and Employment.

Rule of Equity
All You Need to Know About the Competition Act, 2002
Development of Environmental Laws