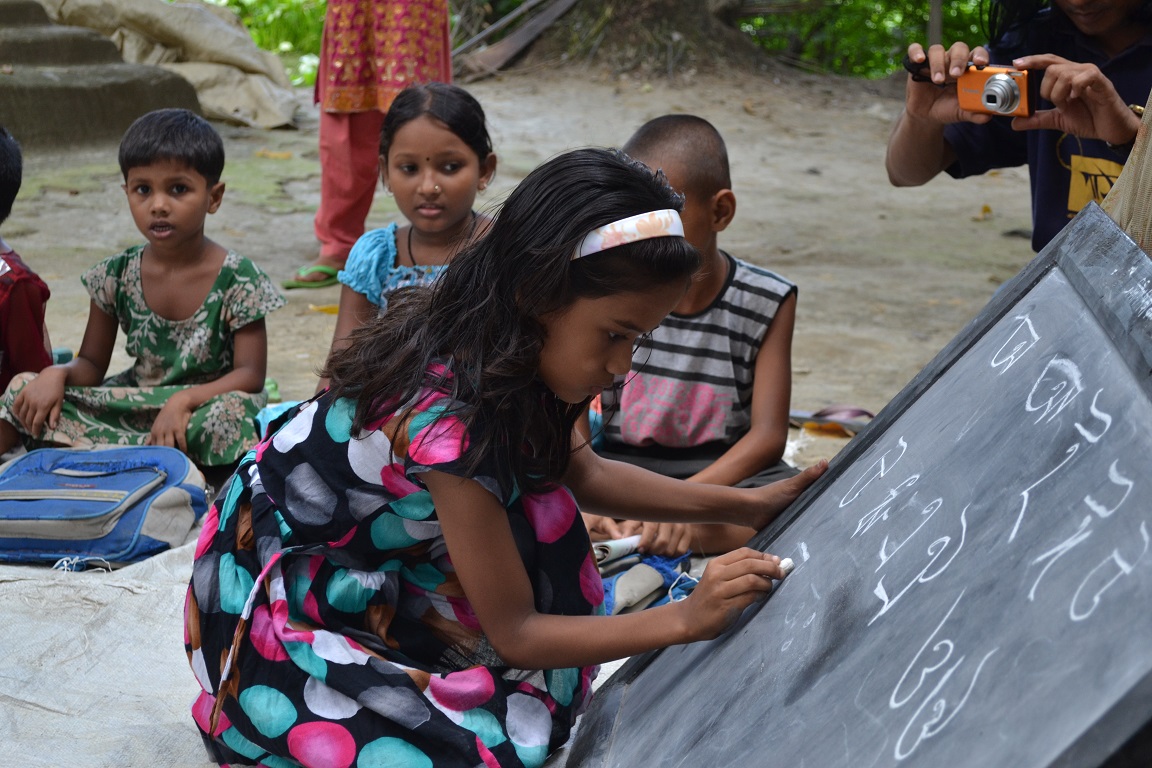 This article is written by Prateek Chandgothia. This article discusses the state of fundamental rights of the child to education in the islands of Andaman and Nicobar with emphasis on access and infrastructure.

The Right to Education Act was enacted on 4th August 2009 and came into effect on 1st April 2010. Through this legislation, the right to education was included within the ambit of Article 21(A) of the Indian Constitution as a fundamental right. It encompasses free and compulsory education for children between the age of 6-14 years. The Act also lays down the benchmarks and standards of education including the student-teacher ratio which must be adhered to by all the educational institutions. It also provides for age-appropriate learning for children, who are included late, under the provision of right to education. It lays down an anti-discriminatory policy while dispensing education to underprivileged children. The act also establishes the standardized academic curriculum. The right to education extends to all the Indian territories including the Islands of Andaman and Nicobar.

Status of Education in Andaman and Nicobar Islands

The 2011 census of India determined the literacy rate of the population of Andaman and Nicobar Islands at 86.63% which has remained constant over the years. The rate is also higher than the national average of 77.7% which indicates a positive picture of the education system of the islands. The consistency in this rate through the years also indicates a positive trend in education. Various schemes have been introduced to adhere to the compulsory education of children. As a part of this initiative, at least one primary school is established within 1 km of every habitation which has a population of 150 or more.

Early childhood care and education (ECCE) provides for pre-primary education of children which includes educational, physical, psychological, and nutritional needs of the children. According to the NFHS-5 Phase 1 report, the data collected from 17 States and five Union territories, Sikkim and Andaman and Nicobar Islands had the highest enrolment percentage in pre-primary school in the five-year age group during the school year 2019-20 at 41.2 percent and 42.6 percent respectively. Andaman and Nicobar Islands also topped the list with the highest number of rural enrolments in the pre-primary schools. Pre-primary education provides an early platform to encourage physical, mental, and psychological growth by fostering creativity at a very young age.

Sarva Shiksha Abhiyaan (SSA) is an important flagship program of the Indian government to ensure the implementation of free and compulsory education till the elementary stage. This program was also extended to the Andaman and Nicobar Islands. This program was introduced in 2001-02 to enroll all children aged between 6-14 into schools, Education Guarantee Scheme or Alternative and Innovative Education till 2010, and continues to ensure this.

Challenges to the Education Sector

The 2004 Indian Ocean Earthquake triggered one of the deadliest tsunamis in the history of Andaman and Nicobar Islands leaving over 1500 dead and 5000 missing. It also greatly affected the infrastructure of the islands which directly affected the education standards of children. Moreover, till less than a decade ago, the policy implementation of the Indian Government can be described as colonial in nature and fulfilling the condition of Res Nullis. This was mainly due to the large part of the population being Negroid descendants. Various policies have been implemented over the years to inhabit the island by bringing in settlers from the Indian mainland. This course of action further indicates positively towards the motives of the Indian Government while implementing various policies. These factors have directly or indirectly affected the standard and access to education in the Islands.

Another major hurdle is the bearing of the expense of education as most of the daily laborers inhabiting the islands have an average daily income of slightly over Rs. 200/- only. It is evident to note that, after the introduction of the right to education, although schooling was made free, the ancillary expenses were often not accounted for which included uniforms, stationaries, and other academic-related commodities. Children inhabiting the Southern parts of the islands are deprived of basic public transport and need to walk long distances to reach schools. This is also due to the scattered nature of inhabitants in the southern part of the islands.

Despite the low levels of family income, a significant number of children do manage to receive basic education. However, many families avoid sending their children to receive education mainly due to the lack of industries that provide employment to skilled labour. The end result of the education is not made evidently significant and therefore, many families perceive education to be a mere waste of money. The employment at offer in the islands is mainly of blue-collar nature whereas the education being imparted trains the students for white-collar life. This clash has rendered the skills and talent of the children irredeemable. This coupled with economical constraints has provided the families living there with only enough to perceive that education is not necessary. Various procedural aspects also infest the education sector in the Islands with the significant loss of time being incurred by the students between the appointment of the teaching delegation and the actual arrival of the same. During this time period, students are often expected to self-study with the help of the textbooks prescribed to them.

The earthquakes and tsunamis which ravaged the Andaman and Nicobar Islands in 2004 lead to a significant loss of the region which was submerged under the water. It caused a significant economic loss towards damage alleviation along with harming the established infrastructure of education. Due to the significant loss of region, establishing new infrastructure required clearing of forest lands raising grave environmental concerns. The clearing of forests was also a major threat to the tourism sector of the islands. Since most of the settlements are in the form of coastal strips, significant parts of the inhabited areas are now tidal flats. This has left many buildings and structures within the reaches of the waves and these include school buildings.

Access to education has seen substantial development in the past few years post the legislation of the Right to Education under Article 21(A) of the Indian Constitution. The consistency in literacy rates and urban and rural enrolments in primary education indicates a positive trend in the implementation of the Right to Education. However, various challenges like low family income levels, ancillary academic expenses, unavailability of white-collar jobs, and sub-standard infrastructure are still infesting the education sector of the islands.