Functionaries under Code of Civil Procedure, 1973 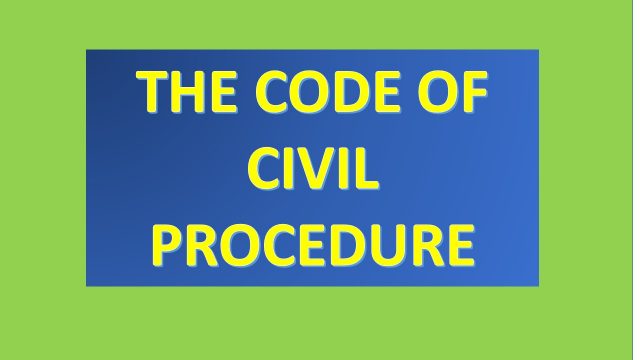 This article is written by APURVA, a student of the Fairfield Institute of Management and Technology, GGSIPU.

The definition of the term Police is defined in the ‘Police Act, 1861’ and not in the Code of Criminal procedure. In the case Prakash Singh v. Union of India, the court defined the guidelines regarding the reorganisation of the police. The major function of the police is to prevent crime and maintain peace in the society.

The Police Act, 1861 is a comprehensive code that contains 47 sections which deals with various aspects of the police force including their appointment, dismissal, and functions. Various states like Kerala, Maharashtra, Gujarat, and Delhi have formulated their separate Police Acts, but they are very similar to the Police Act, 1861.

There are various provisions in Indian Penal Code, 1860 and the Criminal Procedure Code which are responsible for regulating some functions of the Police. There are also certain provisions in the Indian Evidence Act, 1872 which provides power to the Police to record confessional statements under sections 26 and 27. Some states like, Tamil Nadu have introduced its own manual which regulates the various functions and duties of Police.

The Code of Criminal Procedure, 1973 provides the Police with various duties and functions, as mentioned in various section, like:

The Central Government and the State Government are empowered to appoint prosecutors for conducting prosecutions of the state and other proceedings in High Court, Sessions Court or Court of a Magistrate.

A district Magistrate has no right to delete a person’s name from the panel as it was recommended by the Sessions Judge as well as he cannot add the name of a person to the appointment of an Additional Public Prosecutor without the consultation of Sessions Judge and this was decided in the case of Abdul Khader v. The State of Kerala.

A special public prosecutor is appointed in special circumstances by the Central Government and the State Government for the prosecution of any case, and that prosecutor must have experience not less than 10 years as an advocate.

Section 26 of the Code of criminal procedure mentions that the High Court, the Court of Session, or any other Court as specified in the First Schedule of the Code of Criminal Procedure is eligible to try offences provided under the Indian Penal Code. Section 28, 29, and 30 deals with the various kinds of sentences that can be passed by different Courts which helps the procedure of trial and also the powers between the Courts get distributed properly.

In the case of State of Madhya Pradesh v Shobharam, it was provided that any law that takes away the right to defend is against the rights guaranteed in the constitution. Every person has a right to defend himself with the help of a counsel if they are arrested by the police. This provision is construed in relation to Article 22 of the Constitution, which provides the right to free legal aid to the accused to defend himself by the counsel of his choice. Section 303 of the Criminal Procedure Code provides this right to appoint a defense counsel of their choice. This provision must be construed liberally in favor of the accused along with the other provisions and orders issued by the High Courts. A defense counsel should be provided to the accused even in cases of committing capital offences, where they have no right to defend themselves. When the accused is not represented by a counsel, it is the duty of the court to put appropriate questions to the witnesses in cross-examinations in order to find out the truth.

These authorities do not come under the Code of Criminal Procedure but The Prison Act,1900 is implemented to govern the proceedings of the prison authorities. This Act was introduced to provide powers to the prison officer to detain the convicted person. Section 3 of the Prison Act gives the power for the officer in charge to detain the convicted person until the end of imprisonment period. The Management Correctional Services and State Government has powers to appoint the prison authority.

It can be concluded that the functionaries very essential for the enforcement of various provisions under the Code of Criminal Procedure are. Each functionary has a different duty which together regulates various provisions of this code. Thus, these authorities form an important part of the criminal proceedings.