Flesh Trade and Prostitution: A Complex Web of Cruelty 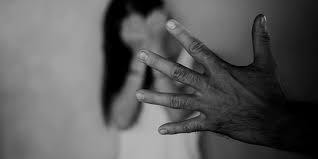 This article is written by Prachiti Shinde, Thakur Ramanarayan College of law

What is meant by prostitution?

Prostitution is the practice or business where people part in sexual activity in exchange for money and a person who is engaged, in this field is referred to as a  prostitute.

Now to think of it, is it legal all around the world?

Was prostitution originated in India? What was the history behind it?

There was a devadasi system earlier that used to contribute all her life in the devotion of Lord Krishna. They were highly respected by royals. Later they were called Nagarvandu i.e. Bride of the town they were called by royals to sing and dance. Later when British people came to India they changed to the concept of the previous system and introduced prostitution. British officers used to call Devadasi to perform art and from here it became the beginning for one night stand. The Indian Economy began to deplete and people started losing their means of livelihood women then started selling their bodies to the British officers in an exchange for money.

After listing causes it is evident that injustice has been going on for ages so are there any rights available for the protection of sex workers?

Primarily the law dealing with sex workers is the Immoral Traffic (Suppression) Act 1956 under this sex workers are allowed to practice their profession secretly. If it is legalized then why is it carried out secretly? Some sections of the ITPA Act deal with certain aspects related to prostitution.

The appellant was accused of operating a widespread national organized crime network that engaged in the recruitment and transport of women to engage in commercial sexual exploitation (i.e. prostitution).  A police sting operation netted a lower-level pimp and two prostitutes with connections to the appellant, and these individuals offered up confessions that, in conjunction with other circumstantial evidence, substantiated the charges against the appellant.  It was disclosed that the appellant’s network supplied girls to five-star hotels, guest houses, and posh colony flats in various cities including Mumbai, Calcutta, Bangalore, etc., and that this prostitution racket had been ongoing since 1985-86.

his writ petition under Article 32 of the Constitution of India at the instance of an Advocate was filed by way of a Public Interest Litigation seeking issuance of certain directions, to look into issues of Red Light areas and forced prostitution from a law enforcement perspective; to rescue victims of commercial sexual exploitation and provide them with proper medical aid, shelter, education, and training in various disciplines of life to enable them to choose a more dignified way of life; and to look into issues about the dedication of young girls as Devadasi and Jogi.

The petition brought out the fact that poor parents on account of acute poverty were selling their children and young girls hoping that their children would be engaged only in household duties or manual labor. However, pimps – brokers – keepers either purchase or kidnap them by deceitful means and unjustly and forcibly inveigle them into ‘flesh trade’.

This Public Interest Litigation was a first of its kind on the problem of trafficking in women and children for sexual abuse and exploitation. The judgment was a landmark decision where the Supreme Court gave directions for the protection and rehabilitation of those who had fallen victim to forced prostitution and those who were dedicated as devadasis by their families or communities for cultural reasons and were currently in prostitution.

Should Prostitution be Legalized?

If it is legalized, then it would at least give a scope of guarantee for the protection of their rights as well as their children’s rights. They could demand safer sex and also regular check-up for the safety of her as well as of the client. This would help in the prevention of the spread of STDs. The involvement of minors would be prohibited as sex workers would have licenses.

However, earning made by selling the dignity and esteem of a woman is something that is not at all admirable. And if prostitution is made legal in Indian society, then people will start viewing it as a profession and therefore more women will be motivated to engage in this industry as an easy way to earn money. As a result, it will cause the massive growth of this industry. A subsequent concern centers on the hazard that sanctioning prostitution will lead to the increase of human trafficking. In India more than 84 million people are poor and for their survival, many times people sell their female child to sexual predators in exchange for money. And with the decriminalization of prostitution, more children will be forced to become sex workers. Also, there will be a rapid increase in the number of scams.