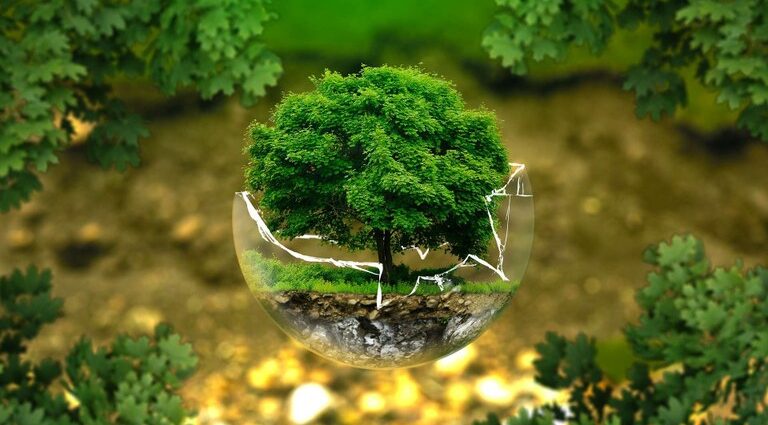 The role of the Constitution of India and the Supreme Court is crucial regarding the execution of environmental laws in India. Article 21 of the Indian Constitution defines that “No person shall be deprived of his life or personal liberty except according to procedure established by law.” Meanwhile, the scope of Article 21 got widened by the active role of the judiciary. Article 21 includes not only the right to life, but also the right of a pollution free environment etc. Pollution of environment, ecological, air, water etc, must be considered as violation of Article 21.
Article 14 guarantees right to equality, it plays a vital role in the protection of the environment because it inquires into the arbitrariness of the discretionary actions done by the State authorities. Article 19 provides the right to freedom but such freedom should not be a cause for the environmental pollution. Article 47 imposes responsibility on states to prohibit intoxicating drugs and drinks which are injurious to health.
With the result of the Stockholm Declaration,1972, several amendments were made to the Indian Constitution. The principles of the Stockholm Declaration were incorporated in the Constitution through the 42nd amendment. Article 48-A and 51-A(g) were the resultant of the 42nd amendment.
Article 48-A was included under the Directive Principles of State Policy. It imposes an obligation on the State to protect and improve the environment and safeguard the forests and wildlife. Article 51-A, a fundamental duty imposes responsibility on every citizen to protect and improve the natural environment including forests, lakes, rivers and wildlife and to have compassion for living creatures. The Indian Constitution imposes responsibility on both the Government and the citizens to promote and protect the environment. Under the 42nd amendment, the protection of forest and wildlife were included into the Concurrent List as entries of 17A and 17B. The Supreme Court and the High Court have given new interpretations to the constitutional provisions relating to the environmental pollution.
INTERNATIONAL PERSPECTIVE:
There are many Conventions that have taken place for the improvement and protection of the environment. Recently, amendments were also made to some conventions and protocols. The nations which have signed and ratified any protocol or convention must be bound to the rules and regulations.

The field of International Environmental Law focuses on the relationship and agreements among the nations. Stockholm is regarded as a watershed in the field of environment as it takes the issue of environment with respect to national and international level of policy and law.
Noordwijk Declaration of Atmospheric Pollution and Climatic Change on November, 7,1989. This declaration made it clear that climate change is a common concern of mankind. It also accepted the “world legal order” is essential to deal with the problems of the environment.
There are some benefits associated with climate change and immense problems, challenges and damages.
*Benefits and damages to agriculture and forestry.
*Changes in the optimal climate for various crops,     * Drought in some regions,
*Water supply changes,
*Increased rainfall and its effect on pollution runoff and flood control,
* Coastal damage,     * Health effects,
*Biodiversity impacts, *Regional effects,
*Shrinking of glaciers.

The IEL respond through the World Climate Conferences in 1979 and 1990, as such:
i. Climate change is not the problem of one nation, it is “common concern of humankind.”
ii. Common but differentiated responsibilities: This responsibility was taken by the individual countries to put restrictions over increasing or reducing the rate of greenhouse gases.
iii. Precautionary Principle: This principle says that in the areas of scientific uncertainty where there is a risk to the environmental resources, the nation or the world should take precautions even if the specific outcomes are not scientific.

Occupational Health (OH) is protected in the workplace (local) but guided by policies and regulations (provincial) and motivated by expectations, perceptions and goals (national). Global health is more comprehensive than the relationship between developed and developing countries.
The reason that we protect health at work is, for people having better lives which is the whole reason we produce goods and services to share around the world.

International Union for Conservation of Nature and Natural Resources

It is to influence, encourage and assist societies all over the world for conserving the integrity and diversity of nature and to ensure that any use of natural resources is equitable and ecologically sustainable. The objective is to find pragmatic solutions to our most pressing environmental and developmental challenges. It advises all the major conventions viz, CITES, CBD, UNFCCC, RAMSAR, UNEP etc.

­Guardianship of Child Under Different Personal Laws
Cyber Pornography
Judicial Separation and Divorce under the Hindu Marriage Act, 1955
2020-12-23
Previous Post: Call for Campus Ambassador by MyLawman: Apply Soon!
Next Post: Climate Change Law: From the Kyoto Protocol to Present Days and Beyond