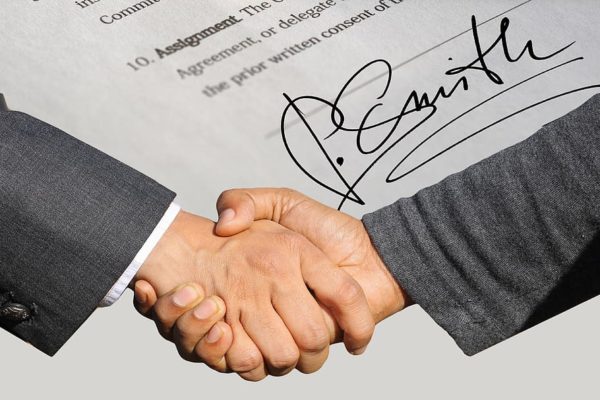 The article is written by ADV. ZUBA PARVEZ BUBERE

The Monopolies and Restrictive Trade Practices (MRTP) Act, 1969 was primarily enacted to control the formation of monopolies, prevent economic assemblage of power in the hands of few, and prohibit monopolistic and restrictive trade practices. Over time, the provisions of the Act were seen to have turned obsolete in the era of cut-throat competition between the players in the marketplace. In other terms, the MRTP Act fell short in safeguarding the general consumer interest and ensuring fair competition in the market. Thereafter, the Competition Act, 2002 replaced the MRTP Act, 1969 intending to encourage healthy competition amongst the players besides prohibiting anti-competitive agreements, abuse of dominant position, and regulation of acquisitions, mergers, and amalgamations. The CCI, under the Act, sought to regulate two kinds of agreements viz. anti-competitive agreements between the competitors (also known as “horizontal agreements”) and anti-competitive agreements amongst persons placed at different levels of the production/ supply chain ((also known as “vertical agreements”).

Since its inception, the governing Act along with the functioning of the CCI has been challenged at timely intervals. The major issues as regards the effectiveness of competition laws relate to its ability to tackle the abuse of dominant position by the major players in the market, formation, and operation of cartels, and the potential of penalizing laws to punish the offenders. The absence of effective anti-competitive agreements paves the way for the dominant entities to rule the market thereby forcing other competitors to function just like puppets. These dominant firms interrupt competition and seek to enrich themselves at the cost of general consumer welfare.

As regards the first issue, several reports indicate that various sectors in the Indian economy have witnessed a reduction in the number of dominant players while the proportion of market share as held by them has increased considerably. For instance, as per the statistics sourced from the Annual Reports of the CCI, in the year 2010, 39.13% of the firms in the Indian market were marked as being in the dominant position while the market cap in the respective industry remained 80.48. The corresponding figure in 2018 was 38.8% while in the year 2020 fell to 16.48%. On the other hand, the market cap in the respective industry remained 84.25 in 2018 and 89.33 in 2020.

Since the CCI came into existence in March 2019, 1008 cases have been marked as “antitrust matters”. While 20% of those matters related to the real estate sector, around 10% were linked to the automobile industry. In 2017-2018, 68 cases were registered as anti-competitive agreements and abuse of dominant position by the major participants in the market. Expressly, the consolidation of powers in the hands of the few can result in serious repercussions to be faced by the entire industry.

This is a grave concern as far as the Internet is concerned since quantification of these risks is a challenging task in itself and some of them are either listed on stock exchanges of countries abroad or are unlisted private entities. An instance that is worth mentioning is the Jio-Facebook merger which can have humongous effects on the Indian economy. Concerning the alliance of Jio with other entities such as Intel and Google, some of the experts are of the view that Jio could emerge as a giant international player rolling several companies into its sphere. While Facebook and Google account for 68% of the digital ad revenue in the Indian scenario, Flipkart and Amazon contributed to around 90% of the business in the E-commerce industry in October 2019. Though such mergers bring in short-term benefits for the consumers, nothing can be commented on as far as the long-term repercussions are concerned.

As regards cartels, they operate to aggrandize themselves by embracing unhealthy competitive plans and policies. Cartels usually enter into four kinds of agreements viz. price-fixing agreements, market-sharing agreements, bid-rigging agreements, and agreements to control the production/ supply in the market. Those competitors who do not form a part of the cartel feel isolated and find it challenging to survive and grow in the market.

Export cartels form an exception i.e. as long as it does not create any anti-competitive effect in the domestic markets and those seeking IP Protection in the form of patent pooling, tie-in agreements, etc. Foreign Direct Investment may acquire domestic firms and entities in the market-leading to a concentration of powers in the hands of a small group transforming them into dominant players in the respective sector. A single instance of such acquisition may not result in any notable impact on the competition. Perhaps, when there are numerous occurrences of a similar nature, it can potentially damage fair and free trade especially if the exporter is a major player in the market. On the other hand, instances of patent cross-licensing schemes have resulted in the formation of cartels. Therefore, the activities of those competitors availing or attempting to avail the benefits of these exceptions are required to be carefully monitored.

As regards the third issue, post a thorough investigation of the registered cases under its banner, the CCI imposed penalties of approximately Rs. 357 crores on the defaulting offenders. Since most of those cases were challenged in appeals before the higher authorities, only as much as approximately 1.4 crores could be realized. To put it another way, most of the time, the offenders attempt to get away with their ill-conduct by taking advantage of the long-drawn litigation process, leaving behind possibly no scope for the CCI to initiate strong measures against them. This, in a manner, could be said to be a failure of the penalizing powers of the Commission.

There is a need to direct efforts towards educating the larger population about competition laws. It is only when a majority of the population is educated, will they turn intolerant towards the unfair business policies and place their opinions and demands forcefully.

Though the CCI has succeeded in attaining its objectives up to a definite level, it has still failed in addressing certain loopholes and ambiguities. The biggest loophole in the performance of the CCI can undoubtedly be stated as the inability of the said Commission to enforce strong measures against anti-competitive agreements and taxing the defaulting offenders. The CCI derives its authority from the Competition Act, 2002. However, the Act doesn’t confer ample power on the concerned authority to out master the unfair tricks and means adopted by some. For instance, the Act states that the CCI has the liberty to grant some leeway by way of contributing to economic development. This ground can be used by the major players as an opportunity to justify their anti-competitive practices in the name of development.

Some of the most challenging scenarios that the CCI may have to deal with in the future are related to industries such as the telecom, internet, etc. The key distinguishing feature that compliments the two markets is the “network effects”. These sectors may comprise contestants who can establish themselves as being in the dominant position and dictate terms of trade and business in pursuance to the network effects, thereby abusing the said positions and disturbing the smooth flow of activities. The CCI must actively look into the terms of mergers and negotiations contracts. To address issues falling in the said sectors and ensure healthy competition in the respective industries, persons of specialist knowledge and practical experience in the said fields besides possessing the ability to comprehend modern industrial economics will have to be employed.

Anti-competitive practices impose negative consequences on consumers due to their higher prices and restricted supply. Staunch alliances injure consumer interest both in developed as well as developing countries. With the creative minds working towards malicious motives, the CCI needs to pull up its socks and be ready to come to the rescue of innocent consumers.