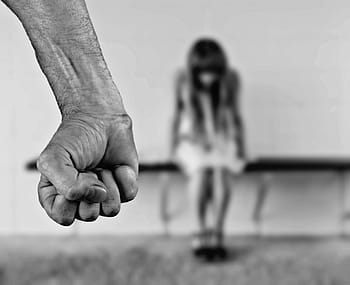 Marriage- an age-old institution that is considered as a sacramental union is infested with a tradition that took the color of greed over the years and has agonized many- Dowry.

“Dowry” in simple terms means giving or agreeing to give any property (could be anything from gold, home appliances like fridge, etc., cash, to something as basic as utensils.) by one party to the marriage to another. This exchange could be made before, at, or even after the marriage. Sec-2 of The Dowry Prohibition Act, 1961, excludes dower or mahr from the ambit of dowry in the case of persons to whom Muslim Personal Law (Shariat) applies.

While the definition of dowry as given by The Dowry Prohibition Act, 1961, suggests dowry given by “one party to a marriage” (not specifying which), it is always the bride’s family who gives the dowry. This is a dominant example of the prevalent system of patriarchy. A girl child is considered a burden from her birth by her parents because they would have to give dowry in the future to make her somebody’s wife someday. Hence it is not far-fetched to say that dowry has led to offenses like female feticide, female child trafficking, etc.

The amount of dowry depends on multiple factors (likely to be offensive) like education of the groom, education of the bride, caste-subcaste, bride’s skills, her beauty, the family status of both the parties in the society, family’s negotiation skills, and the list is inexhaustive.

It may come as a surprise to many, but in earlier times, dowry was given to the bride by her family as means to maintain her independence after marriage. Over the years, it developed as a means to satisfy the greed of her in-laws. Acknowledging the mounting cases of dowry harassment and death, the Indian Parliament enacted The Dowry Prohibition Act, 1961, declaring dowry illegal in India followed by Section 498A, 304B, Indian Penal Code-1860.

This act aims at prohibiting giving and taking of dowry.

Penalty- imprisonment for a term not less than 5 years and with a fine not less than 15,000/-, or the amount of the value of such dowry, whichever is more.

Proviso- For adequate and special reasons, to be recorded in the judgment, imprisonment for less than 5 years can be imposed.

EXCEPTIONS: – Presents, (given without any demand being made for them) at the time of marriage, to the bride or bridegroom. Conditioned on the fact that they are to be entered in a list maintained as per the rules made under this Act.

Provided such presents, when given from the bride’s side are customary and their value is not excessive having regard to the financial status of the person giving.

Proviso- For adequate and special reasons, to be recorded in the judgment, imprisonment for less than 6 months can be imposed.

{Before the 1984 amendment, the offenses under this Act were non-cognizable, bailable, and non-compoundable.}

Section 498A deals with all cases of cruelty towards and harassment of a woman by her husband or his relatives.

Essential ingredients of this section are: –

– harassment of a woman to coerce her meeting demand of dowry, or

– willful conduct by the husband or the relative of her husband of such a nature is likely to lead the lady to commit suicide or cause grave injury to her life, limb, or health.

“Section 304B has been inserted in the IPC by Dowry Prohibition (Amendment) Act, 1986 to combat the increasing menace of dowry deaths.”

Essential ingredients of this section are: –

Section 498A and Section 304B, Indian Penal Code, 1860 are not mutually exclusive. They deal with two distinct offenses. Even if cruelty defined in Section 498A will be the same for Section 304B, yet under 498A cruelty itself is punishable. But under 304B, Dowry Death is punishable that should have occurred within 7 years of marriage and no such period is mentioned in 498A.

Venugopal v. State of Karnataka (1999)- Constant demand of dowry leading to ill-treatment, harassment, and torture of the wife at the hands of the husband soon before her death, led her to take the extreme step of ending her life. The Supreme Court held the husband liable for dowry death u/s 304B, IPC for creating a situation whereby the wife committed suicide within 2 years of the marriage.

The state of Rajasthan v. Jaggu Ram (2009)- The death of the deceased wife took place after one and a half years of her marriage due to head injuries. Cruel treatment and harassment meted out to her immediately after her marriage till her death for bringing insufficient dowry. The Supreme Court held Section 304B to be applicable in the case.

To ascertain, whether a person has committed the dowry death of a woman, If soon before her death, she has been subjected to cruelty or harassment related to any dowry demand by that person, the Court will presume it to be a case of dowry death.

Also “dowry death” here has the same meaning as that given in Section 304B of the Indian Penal Code, 1860.

Kailash v. State of Madhya Pradesh (2007) SC- In this case, it was held that the words “soon before” in Section 113B cannot be limited by fixing time limit, it is to be determined by the Courts, depending upon the facts and circumstances of the case.

Like there are two sides of a coin, law related to dowry has two facets too. On one hand, we advocate that even after so many years of dowry law coming to life, our system has failed to eradicate dowry. On the other hand, there are cases of capturing the soul of these laws in the wrong way.

Section 498A, Indian Penal Code, 1860 criminalizes cruelty towards a wife and makes it cognizable, non-bailable, and non-compoundable offenses. This section authorizes police to make an immediate arrest of the accused (husband and his relatives) based solely on the victim’s testimony and no other evidence. The flawed crafting of this section provides an opportunity for wrongful incarceration by vindictive women and at the same time makes this provision less effective for the ones actually in need.

Structuring of this section is such that almost in all cases all the accused (husband as well as his relatives) receive the punishment of life imprisonment, as a result of not taking account of factors like physical or relationship proximity to comprehend whether the accused could actually be a part of such a commission. Due to this lack of clarity, many are undergoing punishment even without having any role in the act in question.

To overcome this shortcoming, in 2014, the Supreme Court in Arnesh Kumar v. the State of Bihar, ordered the police to follow a nine-point checklist before arresting anyone on a dowry complaint to avoid misuse of this section. This too faced backlash, one of the reasons being that it jeopardized the expediency in dowry cases.

Dowry is one of those social evils that has been fought against for a long time now, still, it persists. A problem was recognized and laws against it were drafted. But does it really matter if we have them written on paper only but not completely in practice? The biggest hurdle is the cases being unreported. From the very beginning, we as a society have motivated this tradition to prevail by giving, taking dowry, and watching others do the same. We have breathed life into this tradition time and time again. And today, when some of us advocate against it, most of us have accepted this as a totally normal act. Need of the hour is awareness & courage to put a stop to dahej pratha, acknowledge the anomalies in the laws drafted and look for their proper execution. One needs to realize the gravity of offenses committed in the name of this tradition and that it even leads to the death of the victim. Does it not make you wonder if it is dowry death or a well-thought dowry murder?

The article has been written by Munmun Kaur, a law student from Law Centre-I, Faculty of Law, Delhi University.

A BRIEF OVERVIEW ON THE CONCEPT, FORMALITIES, CAPACITY AND REVOCABILITY OF HIBA
General Rules of Succession of a Hindu Female
Mitakshara and Dayabhaga Schools
2021-07-08
Previous Post: Cox v. Hickman (1860) 8 H.L.C. 268
Next Post: Secularism in India and the Indian Constitution