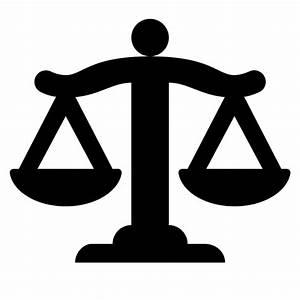 This article is written by Samridhi Sachdeva,  pursuing BBA LLB from Gitarattan International Business School, GGSIPU. The link to the linked in profile is. This article tries to talk about the concept of Doctrine of res subjudice and provides a clear view of its objectives and applications.

The common law lays down some principles to ensure justice to every person. It embodies some concepts in the law, to ensure judicial efficiency and provide surety that justice is maintained and achieved in courts. To ensure this, principles like the doctrine of res subjudice and res sub judicata is defined under the Civil Procedure Code, 1908.

The law gives the right to people to file any type of suits. But these two concepts were introduced to minimise the trials of court and provide justice to the plaintiff.

The word ‘Res Subjudice’ has a Latin origin. ‘Res’ means ‘thing’ or ‘matter’ and ‘Sub judice’ means ‘under consideration of court’ or ‘under a judge’. So, Res Subjudice means matter which is under the consideration of the court. This concept was originated from Roman law as Res Subjudicatae. In the ancient Hindu law, it was known as ‘Purva Nyaya’ or former judgement.

This concept is laid down under Section 10 of the Civil Procedure Code, which defines the ‘stay of suits’. According to the section,

‘No court shall proceed with the trial of any suit in which the matter in issue is also directly and substantially in issue in a previously instituted suit between the same parties or between the parties under whom they or any of them claim litigating under the same title where such suit is pending in the same or any other court in India having jurisdiction to grant the relief claimed, or in any court beyond the limits of India established or continued by the Central Government and having the like jurisdiction, or before the Supreme Court.

Explanation- The pendency of a suit in a foreign Court does not preclude the Courts in India from trying a suit in founded on the same cause of action.’

This states that the court can not run the trial of two or more matter in issue, that is directly and substantially the same. The court has the power to stay on the subsequent suit and can continue with the proceedings of the previously instituted suit.

Also, if any matter in issue is directly and substantially same with any previously instituted suit in Foreign Court, then this Section will not apply, i.e. the powers of Indian court can not be barred by continuing with the matter in issue.

This concept was established to prevent the defendant by being punished for the same offence twice and to save the resources and time of the court.

For instance, there are 2 different fruit drink companies, Pulpy and Slushy. And both these companies run nationwide. But Pulpy works from Delhi and the Slushy works from Punjab. The fruit drinks of these two companies have almost similar packing, similar name and similar kind of drinks. So, the Pulpy fruit drink company files a suit in the Delhi court, on 01.01.2018, claiming that Slushy fruit drink company has copied their product idea and style. And on the other hand, the Slushy fruit drink company filed a suit in Punjab court, on 10.01.2018 regarding the same issues. So, the matter in issues is directly and substantially the same. Therefore, section 10 of the CPC will apply and the court will put stay on the subsequent suit by the Slushy company and will continue with the proceedings of the suit filed by the Pulpy company, in the Delhi court.

For the application of this section, the following conditions are necessary:

The scope of this section is unequivocal, clear, unquestionable and mandatory. It is mandatory, because of the word ‘shall’ in Section 10. The word ‘shall’ implies that the court has to put a stay on the subsequent suit, no matter at what stage it has reached. The court becomes completely responsible to put stay in order to prevent the trial of parallel litigation on the same matter in issue.

The purpose of this section is to prevent courts of competent jurisdiction from adjudication and consideration of two parallel suits in respect of the same course of action, same subject-matter and same relief simultaneously. It makes sure that the defendant does not suffer twice for the same offence. It tries to save the resource and time of the court. It saves a person from occurring on the same proceedings and helps to ignore the conflicting decisions.

When a decree is passed in contravention of this section, it does not convert into nullity. The legal value of the decree passed by the court remains unchanged and intact, even if it disregards this principle. Because the motive and objective of the court is to provide justice to the real plaintiff, so this acts as an exception to this section.

Where the section 10 is not applicable and the court can not put stay on the subsequent matter, the court has inherent power under Section 151 of the CPC to stay a suit or giving a consolidating decree to achieve the roots of justice. And by applying the section 151 to stay a suit, the court may also stay a ‘former suit’ to prevent the abuse of the court proceedings as decided in the case of Ram v. Devidayal, AIR 1954 BOM 176.

Also, this section does not take away the power of the court to pass interim orders.

The doctrine of res sub-judice helps the court to give conflicting decisions on the same matter in issue. And provides a key to hassle-free court judgements. And helps the court to revive its time and resources. By following all the conditions and the necessary ingredients of section 10 of CPC, one can achieve the roots of justice. This doctrine, introduced by common law, helps basically in civil suits.

Unlike, the doctrine of res sub judicata, the matter of the previously instituted suit must not be decided already and prohibits the trial of two parallel suits between the same parties over the same subject-matter.

Criminal Trial in India: The Procedure under CrPC, 1973
Adoption Under The Hindu Adoptions and Maintenance Act, 1956: An Overview
Partition: Meaning, Division of Right and Division of Property