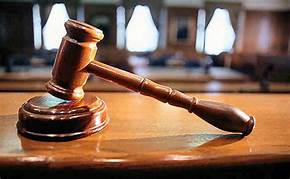 This article is written by Kalyani Gupta, a Master’s in Law student from Amity University, Noida. This article discusses about the doctrine res judicata and how it is applied in Indian Law.

Section 11 of the Civil Procedure Code, 1908 defines the doctrine of Res Judicata. It implies that if any issue or matter is already judged then no court of law will have the power to try any new suit or disputes which has been previously resolved in the earlier suit between the same parties and there is no pending appeal before any court, the court in this case has the power to dispose of that case by granting a decree of Res Judicata.

This doctrine is established on the grounds that if the issue or matter is already resolved by the competent court then no one will have the rights to reopen it with the following suit. It also presents the inevitability of the judgments regarding the points decided, in each subsequent suit between the same parties. The doctrine of Res Judicata is used by the court where the issues are directly and significantly involved between the same parties in the previous and the present suit, are identical.

For example: ‘A’ has sued ‘B’ because he failed to pay rent. ‘B’ requested for the reduction of rent on the ground as the vicinity of the land was lesser than what was stated on the lease.

The Court discovered that the area was larger than indicated in the lease. The area of the land was surplus and the principle of res judicata cannot be applied in this situation.

In a case, ‘A’ new suit was filed according to which the defendants requested the Court to reject the lawsuit with a plea of the doctrine of res judicata. She was prohibited from making a claim of res judicata because her earlier claim was rejected for fraud. The Court stated that the defense of res judicata can be applied only when it is proved by evidence.

The principle of res judicata promotes the fair management and administration of justice and morality and to stop the law from exploitation. The principle of res judicata is applied when a complainant attempts to file a subsequent suit on the same issue, after having obtained a decision in a preceding case which involves the same parties. In several jurisdictions, this doctrine can be applied not only to the particular claims made in the former case but also to those claims that could have been rendered during the same case.

Nature and Scope of Res Judicata

Res judicata comprises of two notions which are – claim preclusion and issue preclusion. Issue preclusion can also be called collateral estoppel which states that parties cannot sue each other after the final decision in the first case has been made on the basis of merits. For example, a plaintiff loses a case alongside the defendant in a case say ‘A’, now the plaintiff cannot possibly sue the defendant again in case ‘B’ on the basis of the same facts and reasons. Plaintiff cannot sue even in a separate court with the same stated facts. Whereas the concept of issue preclusion forbids the relitigating issues of law that have been previously determined by a judge as part of an earlier suit.

The doctrine of res judicata has its roots on the following three maxims[i]:

This doctrine is established on the principles of equity, justice, and good conscience and is applied to all civil and criminal proceedings and similarly to all quasi-judicial proceedings which are held before tribunals. Section 11 of the Code is applicable on both plaintiff and defendant related to a suit.

The scope of this doctrine has been decided in the case of Gulam Abbas v. State of Uttar Pradesh[ii]. The court in this case featured the rules as proof or evidence as a plea of an issue previously tried in the former case. The judgment of this case was tricky and difficult as the judges must apply the doctrine of res judicata. It was then decided that res judicata is not extensive and even if the issue is not clearly or directly included under the provisions of the section it will be deemed as a case of res judicata based on general principles.

If the multiplicity of certain proceedings is permitted for the same matter, then it will not only make the parties to the suit suffer but also will increase the responsibility and burden on the judiciary and waste the resources by conducting trials on the same issue and articulating judgement for the same. To reduce or curb these problems the doctrine of res judicata is essential to be applied in an effective and stringent manner