Divorce by Mutual Consent under the Hindu Marriage Act 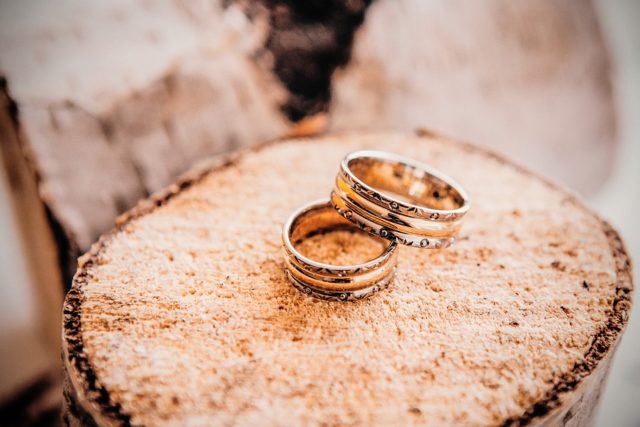 This article has been written by Parul Sharma, pursuing BBA LLB from Centre for legal studies Gitarattan International Business School GGSIPU. In this article, she has tried to explain Divorce by Mutual Consent under the Hindu Marriage Act.

Marriages are considered a sacred alliance for life; it is not just a union between two persons but between two families. Nonetheless, it is a relation between two people and since no human is perfect it is highly probable that two people do not feel compatible with each other so as to live together for a whole life. Therefore, it can be seen that the cases of divorce are fast-rising even in countries like India where marriages are considered to be made in heaven. In these circumstances, it is always better that the couple take divorce by mutual consent so as to avoid further disputes, time and money.

Requirements of divorce by mutual consent

The requirements for divorce by mutual consent under Hindu Marriage Act are as follows:

1. Parties should be living separately

Section 13(B) of the Act prescribes that in order to mutually dissolve a marriage, the spouses should be living separately for a period of at least 1 year before filing the petition. This period of one year where the parties have lived separately must be immediately before the filing of the petition. The phrase “Living Separately” as given under Sec 13B doesn’t mean that the two parties are physically living in distant places. The parties could be living in the same house, sharing the same roof but there can still be a distance between the two. If that is the case then they are not considered to be living as husband and wife, which qualifies as living separately.

The same was held by the Hon’ble Supreme Court in the case of Sureshta Devi v. Om Prakash [1]. Here, in this case, it was made clear that living separately does not necessarily mean living in different places. The parties can be living together but not as spouses.

2. Parties have not been able to live together

In Pradeep Pant & anr v. Govt of NCT Delhi [2], the parties were married and had a daughter from their wedlock. However, due to temperamental differences between them, they were not able to live together and decided to live separately. Despite putting their best efforts, they were unable to reconcile their marriage and could not see themselves living together as husband and wife ever again. A divorce petition was jointly filed and issues such as maintenance and custody of their child were decided and agreed upon by both.

The wife got the custody of their daughter and the husband would reserve visitation rights; it was mutually agreed by both of them and both the parties gave their free consent without any undue influence involved. The court observed that there was no scope of reconciliation and passed a decree of divorce.

After filing a petition for divorce by mutual consent, the parties are given a waiting period of six months, also called a cooling period and it may exceed up to eighteen months. During this time the parties must introspect and think about their decision.

If the parties are still not able to live together after the cooling period, then the divorce petition shall be passed by the district judge.

3. They have mutually agreed that marriage should be resolved

After the first motion has been passed, the parties have a total of 18 months to file for second motion and if they fail to do so within those 18 months, both parties are deemed to have withdrawn their consent mutually.

Is the six-month waiting period mandatory?

There have been conflicting judgements on this regard that whether the courts should mandatorily wait for a period of six months as given in the sub-section (2) of Section 13B. In the case of Grandhi Venkata Chitti Abbai [3], the court said that if Section 13-B (2) was read as mandatory, the very objective of liberalizing the policy of decree of divorce by mutual consent would be more frustrating if the parties started living separately for a considerable time. Thus, section 13B (2) though is mandatory in form is a directory in substance. Likewise, in the case of Dinesh Kumar Shukla v Neeta [4], it was held that the waiting period is a directory in nature and it can be brought down from 6 months (provided the mandatory requirements of section 13B (1) are fulfilled) when all efforts at reconciliation failed.

But, in the case of Hitesh Narendra Doshi v Jesal Hitesh Joshi [5], it was held that “the provision has a definite purpose and object, i.e. giving time to the parties for introspection and reconciliation. That purpose and object stare at us so clearly by the language expressed in s 13-B (2) of the Act robbing away the right of the court from considering the petition earlier than six months.”

In the case of Ashok Hurra v Rupa Ashok [6], it was held that “in the exercise of its extraordinary powers under Article 142 of the Constitution, the Supreme Court can grant relief to the parties without even waiting for the statutory period of six months stipulated in s. 13-B of the Act. This doctrine of irreversible break-down of marriage isn’t accessible even to the High Courts which don’t have any powers similar to those exercised by the Supreme Court under Article 142 of the Indian Constitution.”

Therefore, the courts have been inclined more towards waiving off this period if the circumstance of the case demands so and where there is no chance of reconciliation between the parties. Also, the Supreme Court by way of its extraordinary powers as provided under Article 142 of the Indian Constitution can grant a divorce without waiting for 6 months if it is satisfied that the marriage is irretrievably broken down. However, this power is restricted only to the Supreme Court. There is still uncertainty whether High Courts and Family Courts have to mandatorily wait for a period of 6 months. But as it is proved with the help of many cases, there is no possibility of reconciliation between the parties and the marriage has been broken down irretrievably, the courts should follow the essence of law more than the precise requirements of the section.

Whether consent can be unilaterally withdrawn?

There have been contrasting judgements on this issue. The controversy is that since under this section both parties have to file a joint petition for divorce how can one party unilaterally withdraw from it. Also, one of the purposes of giving a time period of six months is to allow parties to re-think their decision and if one of the parties decides to withdraw from it, why should it not be allowed to do so.

In Jayashree Ramesh Londhe v Ramesh Bhikaji [7], the court held that once a joint petition by mutual consent was filed, no party could withdraw from it without the consent of both the parties. Similarly, in the case Nachhattar Singh v Harcharan Kaur [8], it was held that- “If both the parties had voluntarily consented to file the petition for dissolving the marriage by mutual consent and all other conditions mentioned in sub-section (1) of section 13-B of the Act are fulfilled, it will not be open to a party to withdraw the consent.”

On the other hand, in Sureshta Devi v Om Prakash [9], the Court has held that petition of divorce can be withdrawn unilaterally. It was held in this case that if one of the parties revoke its consent the Court cannot pass a decree of divorce by mutual consent. The Court also held that if the decree is solely based on the primary petition it contradicts the whole idea of mutuality and consent for divorce. Mutual consent to the divorce is a sine qua non for passing a decree for divorce under Section 13-B. Mutual consent should continue until the divorce decree is passed.

However, in a recent judgement of Supreme Court in the case of Anil Kumar Jain v Maya Jain [10], it was held that- “Under the existing laws, the consent given by the parties during the time they are filing the joint petition for divorce by mutual consent has to subsist until the second stage when the petition comes up for orders and a decree for divorce is finally passed and it is only the Supreme Court, which, in the exercise of its extraordinary powers under Article 142 of the Constitution, can pass a decree to do complete justice to the parties.” The Supreme Court however certainly asserted that they can only use the power under Article 142 only in special circumstances, in normal circumstances the provisions of the statute have to be implemented.

The law as explained in the Sushreta Devi’s case still holds good that is the parties can revoke the consent unilaterally. But Supreme Court uses its power which is provided under Article 142 of the Constitution and can grant a divorce even if the wife or husband revokes its consent during the proceedings in the lower court and before the passing of the decree.

Divorce is a serious issue and must be used only as a last resort, however, these days people do not think twice before getting divorced. It splits families and the child of the separating couple has to go through serious trauma growing up with separated parents but having higher divorce rates made higher standards of women empowerment. People get to exercise their right to choose to end the marriage if they are not happy. Divorce by mutual consent is the best way of divorce as the parties do not have to bad mouth each other in the courtroom and both parties can mutually settle on all issues and end their marriage.