Difference Between Cheating and Forgery 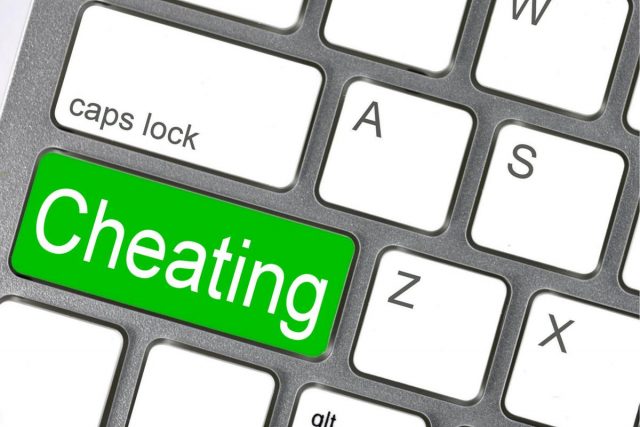 Both Cheating and Forgery are considered as crimes against the property of a person. They might sound similar to a layman but they are not the same. But, before highlighting the differences, it is important to analyse the offences of cheating and forgery independently.

Cheating under the Indian Penal Code

Cheating is defined in Section 415, Chapter XVII of The IPC as –
“Whoever, by deceiving a person, fraudulently or dishonestly induces the person so deceived to deliver any property to a person, or to consent that a person shall retain any property, or intentionally induces that person so deceived to try and do or omit to do anything which he wouldn’t do or omit if he were no so deceived, and which act or omission causes or is probably going to cause damage or harm to a person in body, mind, reputation or property, is claimed to ‘cheat’.”
To hold an individual guilty of cheating as defined under section 415 of the IPC, it’s necessary to point out that he had the fraudulent or dishonest intention at the time of creating the promise with an intention to retain the property.
In other words, section 415 requires deception of a person

1. Inducing that person to:

(i) To deliver any property to a person, or
(ii) To consent that a person shall retain any property

The second class of acts set forth within the section is that the doing or omitting to do anything which the person deceived wouldn’t do or omit to do if he weren’t so deceived. Within the first-class of cases, the inducing must be fraudulent or dishonest. With the second class of acts, the inducing must be intentional but not fraudulent or dishonest – Hira Lal Hari Lal Bhagwati v. CBI, 2003 (5) SCC 257

The ingredients of an offence of cheating are:

(i)         There should be fraudulent or dishonest inducement of an individual by deceiving him,
(ii)   (a) the person who is deceived should be induced to deliver any property to any person, or to consent that a person shall retain any property; or
(b) the person so deceived should be intentionally induced to try and do or omit to do anything which he wouldn’t do or omit if he weren’t so deceived;
(iii)        In cases under (ii)(b), the act or omission should be one which causes or is probably going to cause damage or harm to the person induced in body, mind, reputation or property – S.W. Palanitkar v. State of Bihar, (2002) 1 SCC 241.

The following illustrations will help in further understanding the nuances of this section.

(a) A, falsely pretends to be within the government officials, and intentionally deceives Z, and thus dishonestly induces Z to let him wear credit goods that he doesn’t mean to pay. A, cheats.

(b) A, by putting a counterfeit mark on a piece of writing, intentionally deceives Z into a belief that this text was made by a particular celebrated manufacturer, and thus dishonestly induces Z to shop for and buy the article. A, cheats.

(c) A, intentionally deceives Z into a belief that he means to deliver to Z a particular quantity of indigo which he doesn’t intend to shall deliver, and thereby dishonestly induces Z to advance money upon reliance of such delivery. A, cheats; but if A, at the time of obtaining the cash, intends to deliver the indigo, and afterwards breaks his contract and doesn’t deliver it, he doesn’t cheat, but is liable only to legal action for breach of contract.

Forgery is defined in Section 463, Chapter XVIII of The IPC as –
“Whoever makes any false document or false electronic record or a part of a document or electronic record, with intent to cause damage or injury, to the general public or a person, or to support any claim or title, or to cause a person to give up property, or to enter into any express or implied contract, or with intent to commit fraud or that fraud could also be committed, commits forgery.”

The Supreme Court within the case of Sheila Sebastian v. R. Jawaharaj, (2018) 7 SCC 581 had observed that Section 464 defines one among the ingredients of forgery i.e. making of a false document and so as to sustain a conviction under Section 465 (Punishment for Forgery), first it’s to be proved that forgery was committed under Section 463, implying that ingredients under Section 464 should even be satisfied.

The Ingredients of an offence of Forgery are:

Section 464 explains what constitutes a false document. As per the section, an individual is claimed to form false document or false electronic record –

1.First. – Who dishonestly or fraudulently –

a. Makes, signs, seals or executes a document or a part of a document;

d. Makes nay mark denoting the execution of a document or the authenticity of the electronic signature,

Secondly. – Whoever, in the absence of lawful authority, by dishonesty or fraud, by cancellation or otherwise, alters a document or an electronic record in any material part thereof, after it’s been made, executed or affixed with electronic signature either by himself or the other person, whether such person be living or dead at the time of such alteration; or

2. Fraud. – The Supreme Court within the case of India Bank v. Satyam Fibres (India) Pvt. Ltd., (1996) 5 SCC 550 had held that forgery is that the false making of any written instrument for the aim of fraud or deceit. So, fraud is an important ingredient of forgery.

The following examples will help in further understanding the offence of Forgery.

(a) A, signs his own name to a bill of exchange, intending that it’s going to be believed that the bill was drawn by another person of an equivalent name. A has committed forgery.

Difference between Cheating and Forgery

From the above analysis, we get the subsequent differences between the offences of Cheating and Forgery.

The author, Nadeem Siddiqui, is a 2nd-year student of B.L.S. L.L.B. at Government Law College, Mumbai, Maharashtra. He is currently interning withLexpeeps.in.