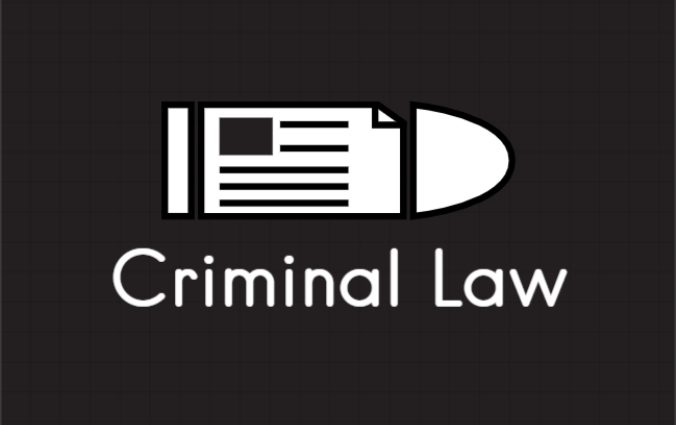 Definition and Constituents of Crime

This article has been written by Anurag Maharaj, a student of law at Lloyd Law College, Greater Noida. In this article, he has tried to define crime and Constituents of crime.

A Crime is an action or omission that is punishable by law and constitutes an offence. It is an act that harms not only the individual but also the community, society or state. The main reason for committing a crime is greed, rage, jealousy, revenge or pride.

There are various stages of Crime:-

Elements of a crime

There are four elements of a crime:-

Human beings must perform unlawful acts to satisfy the first aspect of a crime. The term accused “person” does not imply that crimes can be committed only by a human being. The word “individual” also includes a corporation and an association or body of persons according to Section 11 of the IPC. Thus even a trust, an NGO, and a public corporation can commit crimes. Any non-living object or animal shall not be included in an individual or a human category. The person accused must be a human. If animals cause injury to someone, we do not make animals liable, but the human being is liable for such injury caused to someone, so human beings are the very first element of the crime. Some offences can involve more than one person for the same crime. In such cases, all persons will face trial and may face joint punishment.

Without an intention, a crime cannot be committed. “Mens rea” means “guilty mind”.  It has been derived from the famous maxim “Actus Non-Facit Reum Nisi Mens Sit Rea”. This maxim has two parts namely mens rea and actus reus which means guilty mind and guilty act respectively. So, to constitute a crime both are necessary. With a guilty act, there must be a guilty intention and the intention must be to cause harm to the other person. But, there may be certain crimes without mens rea. For example, IPC section 304-A renders death a criminal offence by negligence. In such cases, the intention to cause death would not be included in a “negligent act.” Negligence or mistake itself is enough to constitute a crime.

Actus reus applies generally to a wrongful act that leads to the execution of an offence. Both mens rea and actus reus are relevant together for creating an offence. It’s not enough to hold a culpable mind and dream about committing a crime. The accused must also act in accordance with that intention and do a wrongful act.

There are two types of Actus reus, the first one is commission and the second one is an omission. The commission is the result of voluntary body movement as a criminal activity. This describes a physical activity that is harmful to a person or property. It includes acts which are against the human body and nature such as physical assault, murder, hurt, grievance, theft etc. Another form of Actus Reus is an omission. An omission could be failing to warn others of the dangerous situation that you created. Actus reus can be a successful act if the act has been completed. It can also be an omission to do an action (failure).

It is the last requirement of a crime to be said to be committed. As if the person has not been suffering any injury or harm, then it will not be a crime. So, there must be some injury caused. “Injury” means any harm caused to a person illegally, either in mind, body, reputation or property, as stated under section 44 of the Indian penal code. There are certain acts which do not involve harm to anyone but it constitutes a crime such as For driving a vehicle without a driving license is a crime, even though it may not harm anyone.

In this case, a person caused death to his wife by doing a wrongful act. He hasn’t given his wife the food for several weeks, which is the basic requirement for survival. This act is inhuman and against the nature and body of human being. So, he had been charged with murder as this act was done with proper intention and knowledge, that food scarcity will cause death to his wife

In this case, the defendant, a soldier got into a fight in an army and stabbed another soldier. The wounded soldier was taken to a hospital but dropped twice on the way. Hospital failed to diagnose that his lung was punctured and the soldier was dead. The defendant was convicted of murder, and the appellant contended that he would not have died if the victim had received proper medical treatment. The stab wound was held to be enough to cause death and therefore he was convicted of murder.

Prince took a girl below the age of 16 from her father’s position and against her father’s will. Prince claimed that the girl had told him she was 18 years old, and that the intention was bonafide as she looked like 18 years or older. In this case, the court held that he could not be given the benefit of Mens Rea doctrine because this is the case of mistake of law, it is unlawful to take away a girl below 16 yrs and therefore he was held guilty.