Culpable Homicide and Exceptions to Section 300 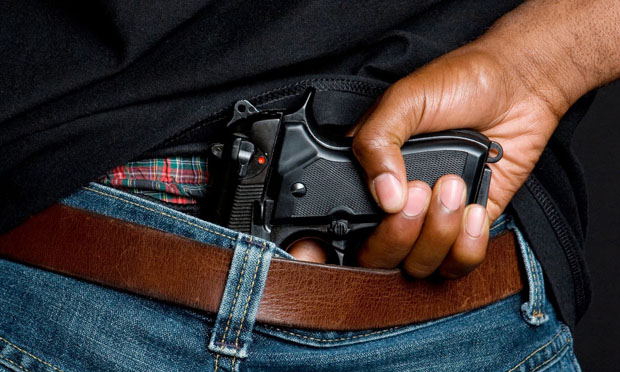 This article is authored by Sanskriti Goel , a 1st year law student from Chanderprabhu Jain College of Higher Studies and School of law, GGSIPU. This is an exhaustive article which talks about what culpable homicide is and also discusses in detail the exceptions to section 300 of the Indian Penal Code, 1860.

The word ‘Homicide’ has been derived from the Latin word ‘homo’ which means a man and ‘Cido’ which means to cut or kill. Therefore, homicide means the killing of a human being by a human being. It is to be noted that natural death is not categorised as homicide. Homicide is the comprehensive term used for causing, or accelerating the death of a human being by another human being. It depends upon certain circumstances to determine whether an act of homicide is punishable or not. For instance, killing in self defence or by reason of mistake of fact does not amount to culpable homicide.

Which is the Wider Term Culpable Homicide or Murder?

Culpable Homicide [Not Amounting to Murder]

Section 299 reads as under:

For instance; A , not knowing that B recently had a brain operation, hits him hard on his head with a wooden bat. B dies because of rupturing of his head. Here A has committed the offence of culpable homicide.

Following are the essential ingredients of section 299:

In Harjinder Singh v. Delhi Administration (AIR 1968 SC 867), the accused was trying to assault one person and the deceased intervened. When the accused found himself against two persons, he took out a knife and stabbed the deceased in his left thigh. The blood vessels of the body were cut which resulted in great loss of blood and led to immediate death. The accused was convicted under Section 304 IPC, Part I. It was taken into notice that the offence is culpable homicide if the bodily injury intentionally inflicted, is likely to cause death.

Section 300 reads as under:

Except in the cases hereinafter excepted, culpable homicide is murder, if the act by which the death is caused is done with the intention of causing death, or—

Secondly.—If it is done with the intention of causing such bodily injury as the offender knows to be likely to cause the death of the person to whom the harm is caused, or-

Thirdly.—If it is done with the intention of causing bodily injury to any person and the bodily injury intended to be inflicted is sufficient in the ordinary course of nature to cause death, or-

Fourthly.—If the person committing the act knows that it is so imminently dangerous that it must, in all probability, cause death or such bodily injury as is likely to cause death, and commits such act without any excuse for incurring the risk of causing death or such injury as aforesaid.

For instance; A , knowing that B recently had a brain operation, intending to cause, or knowing it to be so dangerous that it must, in all probability cause B’s death, hits him hard on his head with a wooden bat. B dies because of rupturing of his head.

The essential ingredients of murder are as follows:

Culpable homicide is murder, if it is done with:

In Chahat Khan v. State of Haryana (AIR 1972 SC 2574) , the  Hon’ble Supreme Court held that since intention is always a state of mind, it can be proved only by acts. Thus when injuries are inflicted on vital parts of the body with sharp-edged weapons, then the intention to kill can be attributed to the accused.

Section 302 prescribes punishment for murder. It states that whoever commits murder shall be punished with death (only in the rarest of the rare cases) or imprisonment for life and fine.

Section 300 lays down five exceptions which mitigate the offence of murder into culpable homicide not amounting to murder. The exceptions are legitimized on the grounds that in such cases the deceased is equally responsible for his death. Accordingly, the criminal liability of the accused is alleviated from murder to culpable homicide not amounting to murder punishable in Section 304. However, the exceptions mentioned in Section 300 are only partial defences. These defences partially reduce the criminal liability of the accused and do not absolve him completely. On the other hand, General Exceptions specified in Chapter 4 of the IPC absolve the accused of any charges completely.

Illustration: Y gives grave and sudden provocation to A. A, on this provocation, fires a pistol at Y, neither intending nor knowing himself to be likely to kill Z, who is near him, but out of sight. A kills Z. Here A has not committed murder, but merely culpable homicide.

Illustration: Z attempts to horsewhip A, not in such a manner as to cause grievous hurt to A. A draws out a pistol. Z persists in the assault. A believing in good faith that he can by no other means prevent himself from being horsewhipped, shoots Z dead. A has not committed murder, but only culpable homicide.

Illustration: A, by the instigation, voluntarily causes, Z, a person under eighteen years of age to commit suicide. Here, on account of Z`s youth, he was incapable of giving consent to his own death; A has therefore abetted murder.