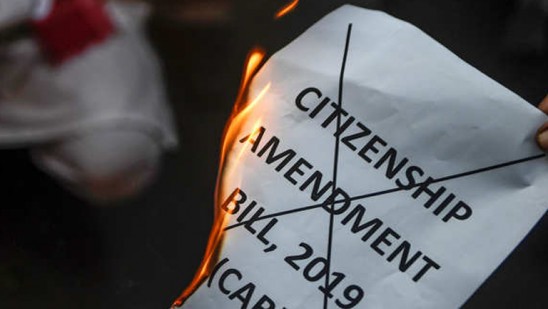 This article has been written by Niti Shah studying BLS/LLB from Pravin Gandhi College of  Law, University of Mumbai. Lok Sabha has passed the Citizenship (Amendment) Bill in the year 2019.

What is Meant by Citizenship?

Citizenship is a lawful right to be a part of a particular country. citizenship grants upon individual membership in a national political community. Once a person is a Citizen enjoy civil and political rights in a sovereign state.

Citizenship as given in the Indian Constitution

Article 5: This article provides citizenship by the way of domicile.

Article 6: This article grants citizenship to persons who have migrated from Pakistan to  India before the constitution of India commenced

Article 7: This article bestow citizenship on those people who have migrated to Pakistan after the announcement of Independence but later returned to India

Article 8: This article provides for citizenship to people whose parents or grandparents were born in India, but are resident of abroad.

Article 10: This article states that all citizens shall continue to be citizens of India.

Article 11:Gives power to the parliament to make rules regarding citizenship.

Under Article 11 of the Constitution, the Parliament enacted the Citizenship Act, 1955. The Act has provided for acquisition and loss of citizenship after the commencement of the constitution.

Until 1992, if a person is born outside India and has an Indian father then is eligible for citizenship by descent. However, from December 2004 onwards, a person is considered an Indian citizen only if his/her birth is registered within one year

Citizenship of India by naturalization can be acquired by a foreigner who has resided in India during the last 12 months, and for 11 of the previous 14 years and satisfies other qualifications as specified in the Third Schedule of the Act.

In case a new territory becomes a part of India, the government of India specifies all the people of that territory who can be citizens of India

Key highlights of the similar are:

Note: Overseas citizens of India are the people who are given a lifetime visa status. The Bill will apply only to all States and Union Territories of the country as given in the amendment act.

Applicability of the Citizenship Amended Act

Cancellation of Registration of OCIs:

Note: The orders for cancellation of OCI  will only pass if it is heard from the OCIs cardholder

This permit system applies to Arunachal Pradesh, Mizoram, and Nagaland.

Concerns Against the Amendment Act

Issues present in the North-Eastern part of India