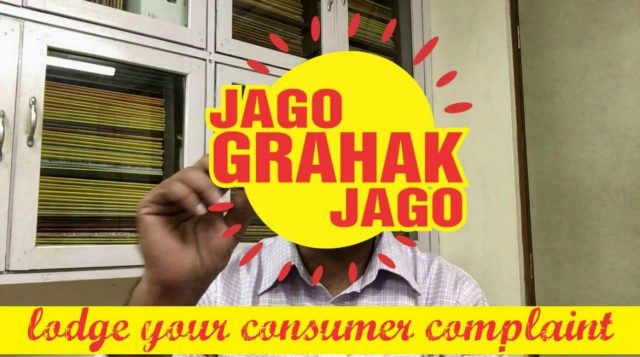 “A market without consumers will be a night sky without the stars and moon.”

The Concept Of Consumer Protection

The consumer movement started in developed countries almost a century ago.  An American businessman was once quoted saying, “God created masses of mankind to be exploited. I exploit them. I will do his will.” This, though may not be the approach of every business person, is by and large true and hence proves the need for Consumer protection. Consumer protection guidelines or consumer protection laws came up as an answer to the malignant exploitation which the consumers faced at the hands of sellers and businessmen.

Previously it was the buyer’s duty to carefully examine goods for any defects or deficiencies before buying them. This was a time when the maxim “Caveat Emptor” was followed, meaning “let the buyer be aware.” However, gradually it was noticed that since there was no way by which a consumer could know or identify any inherent defect in a product (due to reasons such as lack of knowledge), they were being taken undue advantage of by the sellers. This resulted in the consumer movement. Protests and campaigns worldwide finally resulted in the shift from “Caveat Emptor” to “Caveat Venditor,” meaning, “let the seller be aware. Thus the obligation slowly shifted from the buyers to the sellers.

The Government had enacted various legislations for protection of the interest of the consumers after independence including, The Prevention of Food Adulteration Act 1954, The Standard of Weights and Measures Act 1976, The Bureau of Indian Standards Act 1986, The Monopolistic Restrictive and Unfair Trade Practices Act, 1969. However, India still lacked comprehensive legislation benefiting the interests of the consumers. Consumer Protection Act, 1986 was the first step towards safeguarding the rights of consumers in India. It guaranteed some fundamental rights to the consumers, which are explained as follows:

This right confers the consumers with the power to insist on the quality of goods before buying them. They have the right to be protected against the marketing of hazardous goods and services. Consumers must buy products marked with ISI, AGMARK.

RIGHT TO BE INFORMED

Consumers have a right to be informed about the quality, quantity, standard, potency, and price of the goods as a means of protection from unfair trade practices.

Access to a variety of goods and services at a competitive price also is a right of the consumers. In the case of monopolies, the consumers must be ensured of a good quality of product at a fair price and must be protected from any unfair advantages which the seller might try to take.

RIGHT TO BE HEARD

The consumers have a right to voice their grievances at consumer forums and receive due compensation for any damages incurred.

The rights to a fair settlement in cases of a genuine grievance and protection against unfair trade practices or exploitation of consumers have also been guaranteed under this Act.

To successfully implement the goal of consumer protection, consumers must be made aware of their rights and ways in which they can exercise them effectively. Rural consumers need special attention in this aspect as they face the most exploitation on account of lack of awareness.

The same Act also introduced a three-tier grievance redressal mechanism. Unfortunately, people in India, less aware of their rights as well as remedies, could not utilize the provisions to their full advantage. To correct this problem, the Government has undertaken measures to educate the consumers about their rights. One such popular campaign was ‘Jago Grahak Jago’ in 2005, which aimed at creating awareness on consumer protection.

Throughout the last decade we have seen an evolution in the ways of trade. As online shopping portals became the go-to place for an increasing number of people, the Parliament realized the loophole in the present Consumer Protection Act, 1986, as it did not cover online transactions. The legislature’s objective was to leverage the power of consumer protection, which had previously been limited to products and services under the Consumer Protection Act of 1986, to include complaints and difficulties stemming from the expansion of virtual markets. The legislature, keeping in mind all the new provisions that needed to be added to keep pace with the digital age, scraped the old statute and enacted the Consumer Protection Act, 2019 which included new concepts such as e-commerce, product liability, mediation, and the establishment of a Central Consumer Protection Authority as an executive authority for settlement of all consumer grievances.

E-Commerce And Its Inclusion

Under Consumer Protection Act, 2019, e-commerce has been defined as “means buying or selling of goods or services including digital products over a digital or electronic network” Unlike the previous legislation, it includes all online transactions shielding customers of online shopping portals from getting cheated or online frauds. Liabilities such as maintaining a fair trade practice, reimbursing or compensating consumers in return for products, and correct and accurate advertising of products were placed on e-commerce entities and online sellers. Also, incorporating all e-commerce organizations under the Companies Act, 2013 was made compulsory through this Act.

The new Act has enhanced consumer rights by making e-retailers more accountable and creating a transparent redressal procedure, which has helped customers in making more informed decisions when purchasing products and services. Effective implementation of rigorous restrictions, as well as penalties and punishment, has acted as a catalyst in deterring the producers and retailers from using dishonest and exploitative practices. In addition to this, convenient grievance resolution mechanisms have encouraged more consumers to engage in online transactions and strengthened consumers’ confidence in e-retailers, finally resulting in the development of this sector and an increased flow in profits.

Under Chapter VI of the Consumer Protection Act, 2019, the concept of product liability has been defined. It was not previously included in the 1986 act and is a new addition in order to make the product manufacturers, sellers, and service providers more stringently liable against any defective product sold or poor service delivered. This concept was developed based on the maxim of “Caveat Venditor” Under the following circumstances, and if any harm is suffered by a consumer, they can bring in liability action against the manufacturer or seller:

One important point to note is that the liability of the product manufacturer is absolute under all circumstances. Even if he claims to have taken substantial care and there was no negligence on his part, he cannot escape his liability. In comparison, there are certain exceptions allowed to product sellers. In cases where at the time of the accident, the product had been altered or misused, the product seller cannot be made liable.

The Supreme Court, in a case, pointed out that in issues relating to Product Liability, the court will adjudge the matters based on the facts and the evidence presented in the court of law.

Alternative Dispute Resolution methods have become an increasingly popular method of settling disputes in the corporate sectors. Through the 2019 act, the Government allowed mediation to be used as a process for addressing the grievance of consumers. In the case of Afcons Infrastructure Ltd v. Cherian Varkey Construction Co. (P) Ltd, the Supreme Court ruled that all the matters related to commerce, trade, consumer dispute, or contract could be mediated. It is placed a duty on the State Government to establish mediation cells, the mediating officers of which, while moderating a case, must follow the principles of natural justice.

The guidelines to be followed in the process of mediation were laid down by the Supreme Court in the case of Bijoy Sinha Roy V Biswanath Das & Ors. According to the guidelines, if at any point while hearing the consumer disputes, the officer feels that such an issue can be effectively settled through mediation, then with the consent of both the parties, it can be referred for mediation.

The Consumer Protection Act, 2019, in its true sense, has made it easier for consumers to voice their dissatisfaction with products or services obtained and get remedies for the same. The inclusion of online sale services and the introduction of settlement dispute mechanisms such as mediation have made a positive impact. Also, the undertaking of campaigns to create awareness among consumers has resulted in an informed citizenry resulting in less exploitation of consumers.

The article is written by Debasmita Nandi, a first year law student of CHRIST (DEEMED TO BE UNIVERSITY), LAVASA.

Rectification, Cancellation and Recission of Contracts- An undo button for your Contracts
Distinction between Law of Tort, Contract, Quasi-Contract and Crime
Kishan vs The State Of Madhya Pradesh
2021-07-15
Previous Post: Way Forward To Safeguard The Biodiversity
Next Post: Job Opportunity: Legal Counsel, Urban Company; Apply Now!