Confession- An Aid to the Lawsuit 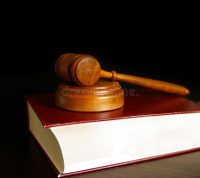 This article is written by Sambavi Marwah, a fourth-year law student, from Delhi Metropolitan Education, GGISPU. This article of mine talks about the aspect of ‘confession’ under The Indian Evidence Act, 1872. It states the definition, types of confession and its evidentiary value in the eyes of the Indian Judiciary.

The general meaning of the word confession is to confess or admit what the person has been feeling. Thus, in the eyes of law, it is the admission of guilt or its inferences by an accused in the custody.  The term confession appears to be in section 24 to 30 of The Indian Evidence Act, 1872. It falls in the ambit of Admissions (Section 17 to 23). Therefore confession is the species of an admission.

The basic difference between admission and confession is that admission is the acceptance of circumstances of the offence without admitting to the actual commission of an offence, unlike confession. In the case of Ram Singh v. State, it was concluded that if the prosecution relies on the statement as being true it is confession and if the statement is relied on because it is false it is admission. In criminal cases, a statement by accused, not amounting to confession but giving a hint that the accused might have committed the crime is his admission.

Section 24 of the Indian Evidence Act, 1872 talks about confession. Although confession has not been defined anywhere directly this section conveys the extent to which a confession is relevant in the eyes of law. Any confession that is caused by inducement, threat or promise, will be considered of no use. It will be regarded as irrelevant in the eyes of the judiciary. The inducement, threat or promise must in the opinion of the court, be sufficient to give the accused ground, which would appear to him reasonable, for supposing that by making it, he would gain any advantage or avoid any evil of a temporal nature in reference to the proceedings against him.

However, a confession, if it is voluntary, truthful and reliable in nature, it can act as advantageous piece evidence to establish the guilt of the accused person. In the case of Veera Ibrahim v. State of Maharashtra[1], it was held that a statement in order to amount to a ‘confession’ must either admit in terms of offence, or at any rate substantially all the facts which constitute the offence.

A confession may occur in many forms, such as:

The court has to take care that no matter whether it is a judicial or an extrajudicial confession, the confession by the accused must be rational with the Article 20(3) of Indian Constitution which says, ‘No one should be compelled to give evidence against himself’ that means the confession must be true and strictly voluntary, then only a person can be charged for any criminal offence. Therefore, the judicial and extra-judicial confessions have distinguished the relevancy to determine the accused’s guilt.

Role of Police in Relation to Confessions

In the case of Aghnu Nageshia v. State of Bihar[3] it was said that the first information report was a confessional statement  to  a police officer and as such no part  of  it could be admitted into evidence on account of the ban in section 25 of the Indian Evidence Act, 1872.

It is evident that this section provides protection to the accused against the torture which is done by the police officers to make the accused confess the crime, even if he has not admitted one. Thus it is held to be involuntary and unreliable evidence.

Section 26: Confession by accused while in police custody

Section 26 prohibits the judicial bodies to prove the guilt of accused by his confession which is made to police in police custody. This section provides that if the confession is made in the presence of the Magistrate, it can be proved as against the accused.

Section 27: How much information produced by the accused may be proved

This section is based on the view that if any fact is actually discovered in consequence of information given, it can be said that the information was true and accordingly can be successfully allowed to be given in evidence in the court of law.

Relevance of Confession when Filtered

The Indian Evidence Act, 1872 in section 28 provides that if there is an inducement, threat or promise was given to the accused in order to obtain a confession of guilt from him which is later removed from the confession, it becomes relevant in the eyes of the court to accept it as reliable evidence as it is now voluntary and useful.

The Indian Evidence Act, 1872 provides the term confession which acts as an important element while giving a judgment of a case. A confessional statement made before the Magistrate can be used against the accused and solves the case timely. But if the confession is made elsewhere and not in the presence of the magistrate or any other person authorized by the law, it does not act as an evidence to the case and thus and has no value to it. Thus, the evidentiary value of an extra-judicial confession increases instantly when it is supported by other evidence.

Role of Courts in Winding-up of Company
Divorces and Lockdown - A direct relationship
Offer and Invitation to Offer
2020-07-13
Previous Post: Contract of Bailment
Next Post: Vicarious Liability of Company for the Acts of Directors