Coercive Interrogation: Is there a Right to Remain Silent 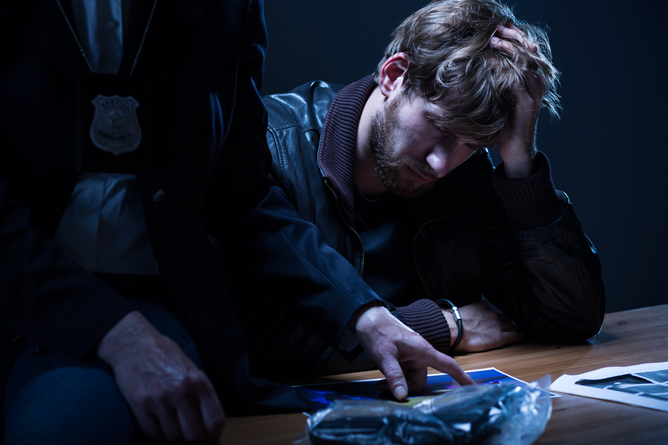 This Article is Written by Manav Sony, a student at Amity University, Kolkata. The Article talks about coercive interrogation along with some important case laws which were decided under this head.

Coercive Interrogation has become one of the top methods in order to seek information from the culprits. Thanks to various terrorist attacks because of which, this method of interrogation has raised a lot. Talking about the 9/11 attacks in the US, it has led to a stricter method of interrogation of the culprits by the police force so that they reveal the information as soon as possible and thus further investigation can take place as soon as possible. Earlier, Coercive Interrogation was used during any sort of philosophical disputes like finding the location of a Ticking Nuclear Bomb. Coercive interrogation means the application of force (physical or mental) in order to extract important information from the culprits and also to save other people from any crime or terrorism as soon as possible without any loss to humanity. Coercive interrogation has become a specie of torture in the world. It has led to immense cruelty and is prohibited by domestic and international law. This type of interrogation and torture hare totally overlapping conceptuality i.e. none of it is a proper relation or subpart of the other term. Mild Interrogation does not even lead to legal torture which requires some amount of severity or degree of torture which has to be met. There are different forms of tortures that are involved and they are not even considered as coercive interrogation. For example, if any torture is used as political intimidation or as oppression to others, for any sort of another purpose instead of taking information important to save the lives of the third party. In order to have a legalized interrogation, there are two important processes that the interrogators should always keep in mind before taking any step ahead. First of all, the interrogators should use a necessity defence which would actually give immunity to the government officials to use any force against the criminals in order to stop any crime and also to extract important information from them. The second thing which comes over here is that the interrogators can be at the mercy of political pressure and thus seek immunity to carry out the interrogation process without any pressure from other sources i.e. it will lead to proper protection for the interrogators to carry out the interrogation in a legalized way. Police are allowed to use force which is quite dangerous so as to stop the culprits from harming any other people and causing harm to the entire humanity. Killing someone is a very big and rigorous harm to dignity and against the rule of law. We will hear in some parts of the world that coercive interrogation is really very worse than killing someone, also there are some aspects in which it is felt that killing is really very worse than interrogating coercively to someone. This debate will keep on going but we need to understand one thing that we need to raise our voice when we feel something is actually wrong going on. In order to prevent the interrogators from killing innocent people, the governments have taken some steps by enacting some laws which can have some provisions of investigation and can also check about the identity of the culprit and the degree of force that he actually deserved in order to extract information. This will make them guilty if they use coercive interrogation only under bad faith. The main question which arises over here is that why is this system not used in coercive interrogation?

How to Handle Police Harassment at our Country?

Talking about the steps, there are around eight important steps that have to be kept in mind really very properly and importantly so as to complain and raise your voice against the harassments that are caused by the police. The steps are enumerated as follows: –

In this particular case at the High Court of Madras, the single judge bench led by Honourable Justice M.S. Ramesh clearly stated regarding the petition that was filed under section 482 of the Code of Civil Procedure or CrPc that the harsh interrogation and cruelty did by the police should be stopped and petitioners should not at all be interrogated on the basis of getting information harshly unless and until they are big criminals committing a big crime which can lead to loss of humanity at large. The court also stated that the powers given to the interrogators are not at all restricted in terms of inquiry regarding any non-cognizable offense or cognizable offense which is actually needed to be checked irrespective of powers that are legally exercised a bit.

In this particular case, the court had held that there has to be a clear cut and separated purview of the activities in the fields of crime detection, punishing, and investing ahead regarding any sort of offense which is the field of reserved executively in the department of police.

Therefore, from the entire analysis, it is really very clear that no person is above the law, all the citizens are equal in the eyes of law. Not even the police, interrogators, and others are above the law. We need to understand that everyone has to be treated on an equal basis. Whenever people face any oppression, they have to keep in mind that there has to be aware of laws in their mind and they should take action whenever there is any oppression against them and consult a lawyer too so that the person affected can be given proper guidance by the lawyer without any sort of problem. Apart from all these provisions and tips, we should keep in mind that there is an article in the books of our constitution i.e. Article 226 through which we can file a writ petition in the High Court.

EDUCATE YOURSELF ON THE RIGHT TO EDUCATION ACT
Ubi Jus Ibi Remedium
Role of Courts in Winding-up of Company
2020-08-10
Previous Post: Polluter Pay Principle
Next Post: Call for Legal Content- Maker at Test Your Prep