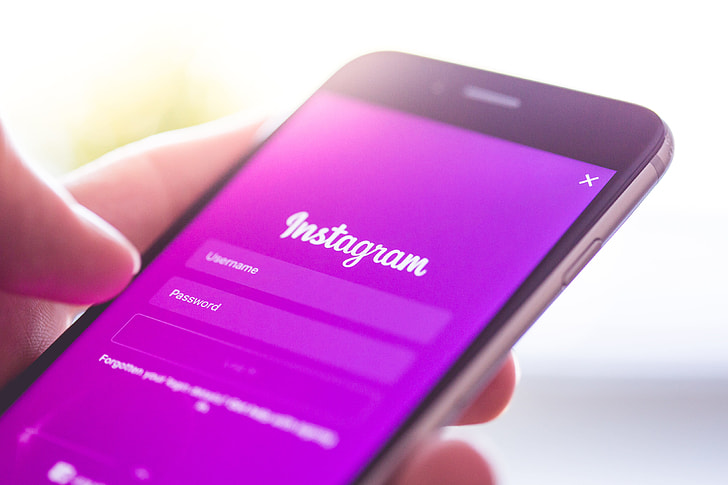 The article has been written by Nikhilesh Koundinya a student of Symbiosis Law School, Pune. In this article he has described the “bois locker room” incident. He has spoken about the events and has mentioned the charges that can be levied on the perpetrators. Lastly, he has discussed whether the change is necessary in certain provisions of the law to tackle the online world in the 21st century.

“Let’s gang rape her”. This was one of the casual statements made by a group of boys on a chat forum where they had accumulated pictures of girls and were seen passing obscene comments on a private group named below. This shook the conscience of the Indian public and the news of such a chat group spread like wild fire. In minutes the country responded in absolute shock and immediately demanded for action to be taken. As a country had we given too much freedom to express that people took advantage of this provision and posted whatever they wanted? Had we become so weak as a justice system that we let these boys not fear punishment and make such comments? These are some of the points discussed below to investigate the recent discovery of a group on Instagram which was a congregation of men who spoke, but spoke too much. #itsoktorape #Iwasjokingaboutrape

On 3rd May, 2020 there was a group identified on the popular social media application known as Instagram. The group as indicated above was named Bois locker room. The group had several male participants who were observed making obscene comments against girls and women. The group also contained a series of photographs picked up from different profiles which the boys were commenting on. The comments revolved around how the boys would like to rape these girls and how rape is justified for these girls. The sentiment was not limited to one boy but many were in consonance that they would get together and rape these girls which in simple terms referred to gang rape. The boys who were making these comments were aged anywhere between 15-18. The texts and screenshots recorded from this group were widely circulated on media which led to an outpour of support for women and disgust towards the conversations being permitted on that group.

When the screenshots recovered from this group started spreading like wildfire the boys expecting action started deactivating from the group as members but alas it was too late as the screenshots had already spread all over the world and were being broadcasted on every news channel to indicate that patriarchy, the gang-rape culture and cyber bullying were very much prevalent in India and the fact was that, these trends were increasing on a daily basis.

The next step was initiated by the Delhi Commission for Women (DCW) whereby they took Suo-moto cognizance of the matter and asked the Delhi police to immediately showcase the FIR registered in the said matter. The FIR was showcased to the commission which had already been recorded on 4th May, 2020 as per procedure laid down under section 154 of the Criminal procedure code[1]. The commission also asked Instagram to provide the information of the boys involved in the group along with their personal information by the 8th of May, 2020.

The police had arrested the admin of the group and realized that there were 27 members who were part of the group. Most of them when questioned had stated that they were added by their friends to the group. In those who have been questioned police noticed a presence of minors also and hence they will be tried under the Juvenile Justice Act, 2015. The police is still awaiting the court orders for producing the admin in court and for the Juvenile Justice Board to convene and decide on the fate of the juveniles involved.

There are a number of legal provisions that may be applied to the accused in the present case which ranges from general provisions to specialized legislations:

Section 463- The section refers to the concept of forgery. The sections reads, whoever makes any false document or electronic record or part of a document or electronic record with intent to cause damage or injury, to the public or to any person, or to support any claim or title, or to cause any person to part with property, or to enter into any express or implied contract, or with intent to commit fraud or that fraud may be committed, commits forgery.[2]

With reference to the current scenario, the forgery will apply because certain images of girls were morphed by the admin and people involved in the group. Hence the pre-requisite of the document being false was present and was committed by the accused. The document injured the reputation of the girl in the eyes of the public and hence the provision for fraud will apply in the particular case. Section 469 of the code also talks about injuring reputation of the person and hence can be applied against the accused.

Section 503- This section makes a reference to the concept of criminal intimidation. The section under IPC reads Whoever threatens another with any injury to his person, reputation or property, or to the person or reputation of any one in whom that person is interested, with intent to cause alarm to that person, or to cause that person to do any act which he is not legally bound to do, or to omit to do any act which that person is legally entitled to do, as the means of avoiding the execution of such threat, commits criminal intimidation.[3]

In the particular case the boys can be booked under this section as well because their act was to threaten these girls eventually and they were legally not allowed to post pictures of the girls online as it was against many provisions mentioned under law as indicated above. Section 506 will automatically come into play here as the section entails punishment for criminal intimidation.

Under section 354 clause (1) sub-section (ii) the concept of stalking has been investigated. Any person who keeps pestering a girl or monitors her internet, email or any other online communication will be punishable under this provision. For this provision, we need to go back to before this group started. The admin and some other boys might have viewed profiles of various girls before posting their pictures. Hence, we can easily conclude that before the creation of the locker room the offence of online stalking was committed by some of the perpetrators. This clause was entered into the penal code to protect the interests of the users and easy detection and prevention of crime.

Outraging the Modesty of Woman

Section 509- This section makes a reference outraging the modesty of a woman. The section reads Whoever, intending to insult the modesty of any woman, utters any word, makes any sound or gesture, or exhibits any object, intending that such word or sound shall be heard, or that such gesture or object shall be seen, by such woman, or intrudes upon the privacy of such woman.[4]

After much debate of the term modesty, the judiciary in the case of Bachan Singh v State of Punjab[5] had held that the word modesty refers to the sex. Thus, in the present case, the perpetrators were talking about violating the sex of a woman by discussing how to rape these girls. Hence this provision of the Indian Penal code will also apply.

The main provision under which the Delhi commission and the police acted was section 67 and 67A of the IT act, 2008. Section 66 of the act reads:

Whoever publishes or transmits or causes to be published or transmitted in the electronic form, any material which is lascivious or appeals to the prurient interest or if its effect is such as to tend to deprave and corrupt persons who are likely, having regard to all relevant circumstances, to read, see or hear the matter contained or embodied in it.[6]

The definition clearly proves that if the material that is transmitted involves prurient interest which in layman terms refers to sexual indicators the person will be held liable under this section. The boys in the present case were using social media as a way to exchange pictures between each other to make use of these pictures to identify girls and make comments which had a sexual tone. Hence these persons would be liable under this section of the act.

Section 67A makes a reference to punishing people who exchange sexually implicit material on an electronic platform. This section clearly nails the perpetrators as it the acts committed by these people fulfil all the pre-requisites under these two sections of the IT act.

There is a concept known as safe harbour networks where the companies or the individuals who provide the infrastructure for communication cannot be sued or held responsible for the acts committed by third parties on their platforms. Earlier in the IT act there was no mention of the word intermediaries. But later in the interpretation clause the term was added to protect network providers, internet service providers etc. from cases. The section reads:

“intermediary”, with respect to any particular electronic records, means any person who on behalf of another person receives, stores or transmits that record or provides any service with respect to that record and includes telecom service providers, network service providers, internet service providers, web-hosting service providers, search engines, online payment sites, online-auction sites, online-market places and cyber cafes[7]. But these powers come with certain responsibilities as laid down under the guidelines for intermediaries. In the particular case, the guideline to be observed was regarding the taking down of the group. The intermediaries have to take down any objectionable content within 36 hours of uploading and have to preserve the records for 90 days to facilitate the better investigation. In the following case Instagram can be held liable as the content existed on the platform beyond 24 hours when finally, media, people and the police started taking cognizance.

Instagram also has the responsibility under these guidelines to find the third party and provide relevant information to the investigation team upon request from the agency which has already been made by the Delhi Commission for Women (DCW).