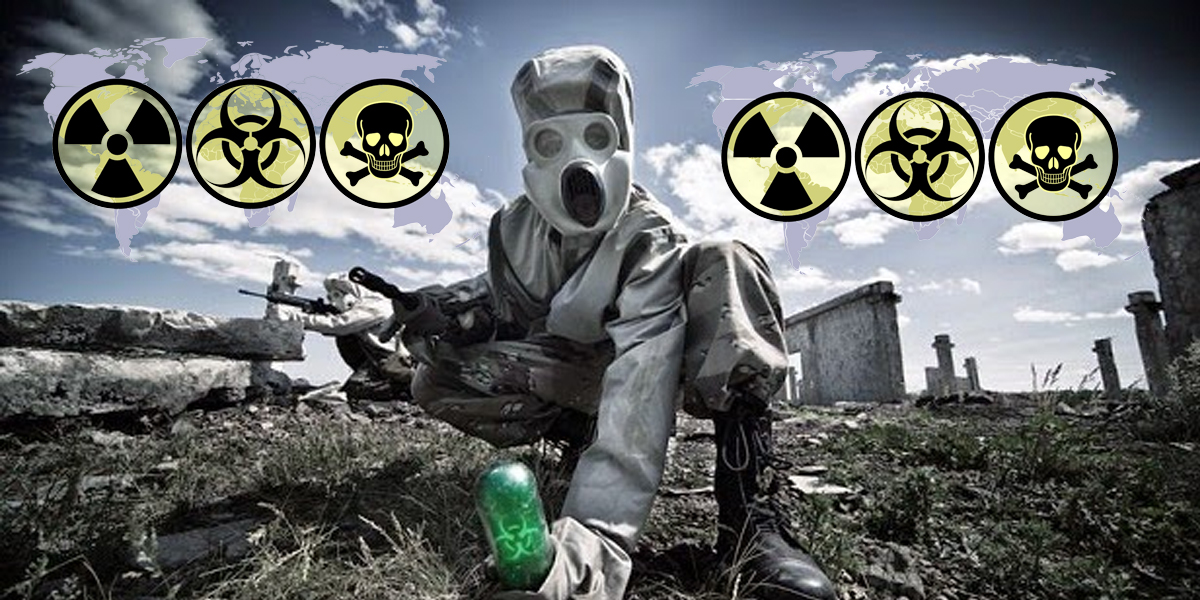 This article has been written by Yash Mittal pursuing 1st year LLB from Mewar Law Institute. The article gives a reference into what bio-terrorism is, how does it take place, what are various classifications under agents of bio-terrorism and much more. It also answers whether Covid-19 was a bio terror attack or not?

National Human Rights Commission defines Terrorism as a forceful and unlawful method to achieve the desired goal and affects almost every sphere of human life, be it economic, political, or social. In a broad sense, terrorism is the antithesis of independence, rendering it meaningless. In the Indian context, terrorism has been inspired by political, ideological, and ethnic factors that threaten to destroy the social fabric. Thus, it becomes pertinent to check terrorist activities to enable citizens to enjoy their social, economic, and political rights. One of the forms of terrorism is Bio-terrorism. The intentional use of biological agents and their by-products as a biological weapon for the use of terrorism. These agents are the virus, bacteria, or toxins for creating fear and mass destruction to the large population and can easily be found in nature. Sometimes these agents into new forms that are immune to the vaccine.

How Does the Virus Spread?

Biological agents don’t require any advanced technology or expensive equipment as it can be easily transmitted through birds, animals, water, air, and person to person. To target the masses, the air is used as a source to infect people.

Many times biological agents have been used for biological warfare throughout history:

1) In the 18th century, European countries attacked North America by sending them tents and blankets which were used by the patients suffering from smallpox which led to huge distress in North America

2) The actual destruction caused by biological warfare was seen in World War 1 where chlorine and mustard gases were used, 90,000 people were killed and millions of people had to suffer due to this.

5) In August 2013, The Ghouta chemical attack occurred in Ghouta, Syria, during the Syrian civil war. And were struck by rockets containing sarin gas.

– In Shanghai cooperation organization (SCO) first military medicine conference, India’s defence minister Mr. Rajnath singh said, the armed forces and it’s medical services have to be at the forefront of combating this menace

– Use of biological weapons are a real threat to humanity.

1) 1925- Geneva protocol prohibits the use of chemical and biological weapons in war.

2) 1972- The Biological Weapons Convention (BWC), the first multilateral disarmament treaty banning the development, production, and stockpiling of an entire category of weapons of mass destruction

3) 1993- Chemical weapons convention (CWC). Convention on the Prohibition of the Development, Production, Stockpiling and Use of Chemical Weapons and on Their Destruction.

4) 1997- Organization for the prohibition of chemical weapons (OPCW) was established with 193 members.

Anthrax is considered to be the deadliest biological weapon, only a few grams of anthrax is enough to kill millions of people and can do more destruction than a nuclear weapon.

2001 anthrax attack occurred on 18sept 2001, just one week after the 11sept 2001 terrorist attacks. Letters were sent to news media offices and to democratic senators containing anthrax spores. 5 persons died and 17 were injured.

The effect of biological weapons was not visible immediately but it takes some time to react which helps the terrorist groups to leave easily.

The effect of biological weapons is long term, and due to this it also affects the economy, social structure, and political structure of that country.

Bio-terrorism is considered to be a bigger threat than nuclear attack because it requires fewer people and does not require advanced technology.

Is Covid-19 an act of terrorism?

Covid-19 created huge distress in the whole world and every nation and each one of us had to face it’s I’ll effects. But can COVID is a deliberate act of Bio-terrorism to create bio warfare. It is difficult to prove whether it is an intentional act of humans or it spontaneously occurs from nature. It was believed that it all began with an accidental release of the Covid-19 virus from a laboratory.  But it may not be possible in the future to prove that it is an act of bioterrorism.

From the above, we can infer that a World, where humanity has been replaced by hatred and creating terror in the minds of people, is common in the name of religion, race, caste. Where peaceful negotiation can answer to all the problems, war and terrorist attacks were seen as the only way to settle the equations. To tackle the Bio- terrorism, the nation had to prepare for all the situations, and have to give more emphasis to public health sectors. Coordination between security agencies, intelligence agencies, health departments is a must. More laws should be made and enforced.

Chemical convention weapons(CWC) and Biological weapon convention (BWC) had to regulate their Rules and Regulations more effectively. Cooperation between nations is a must and had to work to make the world a better place.