Analysis of Adoption Laws in India 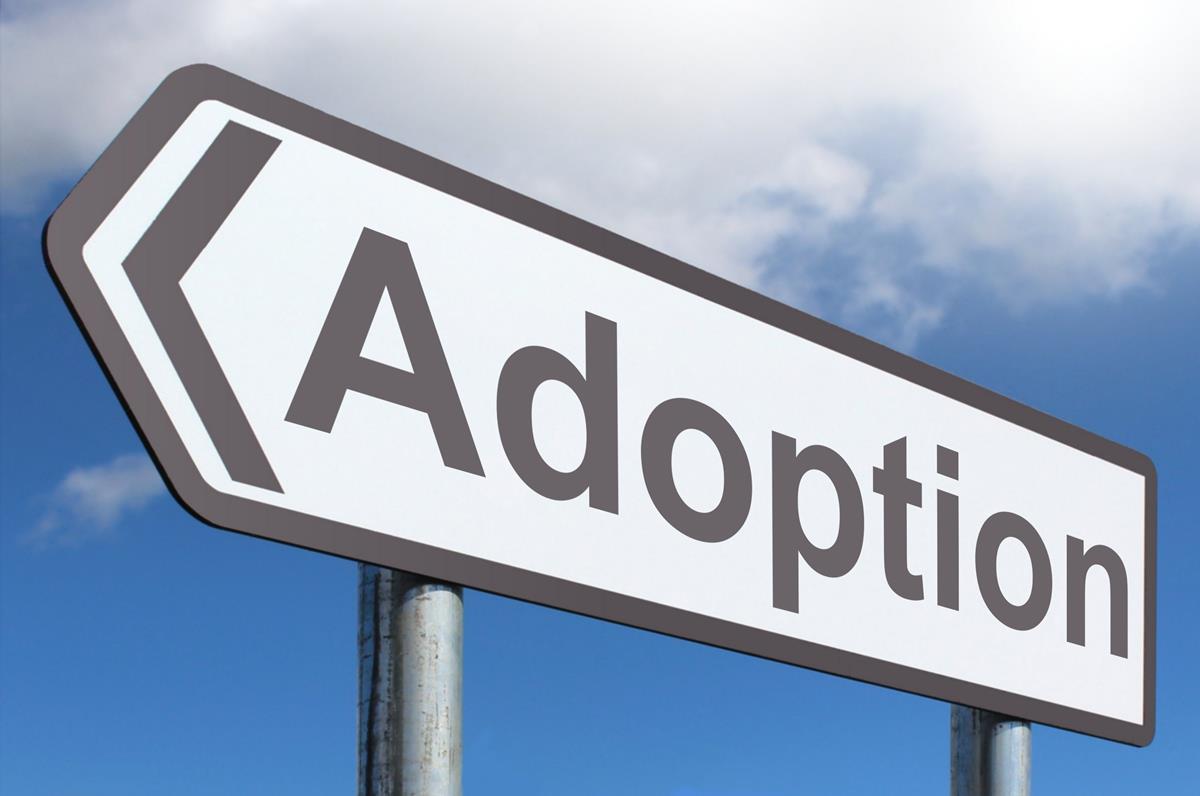 The author, Nadeem Siddiqui, is a 2nd year student of B.L.S. L.L.B. at Government Law College, Mumbai, Maharashtra. He is currently interning with Lexpeeps.in. The below article tries to analyse the adoption laws in India.

Children are like a blank slate, they are bound to follow whatever they observe from their surroundings, which often leads to undesirable outcomes. Children also have needs, crucial for their survival which they cannot provide for themselves and need assistance from parents. It is seen that more often than not orphaned or abandoned children tend to fall prey to the wolves of the society, they become victims of exploitation and abuse. Therefore, it is necessary to take care of them and adoption does that, it provides them with a second chance.

Laws are generally based on customs prevalent in a country. India has a huge diversity which means that every community has its own customs. These customs were incorporated in the Indian constitution as personal laws i.e. laws which apply to a particular person or class of persons only. Adoption law is no exception, it is based on personal laws of the communities in India. Unlike guardianship or other systems designed to cater to the needs of the young temporarily, adoption is intended to effect a permanent change in the status and relation which requires societal recognition, which is brought about either through legal or religious sanctions. In other words, adoption is a legal procedure which permanently terminates the legal relationship between the child and his or her biological parents and initiates a new parent-child relationship. In simplest terms, adoption is the act by which a person takes the child of another into his family, and treats him as his own.

In India adoption has been practised for thousands of years. Ramayana and Mahabharat are the two great epics of Hinduism which bear references to adoption. According to Sastry Sarkar, adoption is the survival of archaic institution which owed its origin to the principle of slavery, whereby a person might like the lower animals be subject of dominion or proprietary right: might; in fact; be bought and sold, given and accepted or relinquished in the same way as a cow or a horse. Men like the animal could be bought and sold, given and accepted. Father had absolute right over his children. His powers were unlimited which extended even to the taking of their lives. Although, a father could sell his child as a salve, yet most of the slaves were captured in war or criminal condemned to slavery. A salve is generally not interested in the promotion of the welfare of the purchaser and his family as they are not related by blood relationship. As the importance of having a son grew, people started to resort to other means to fulfil their desire to have a natural-born son. This seems to have been the origin of adoption which was nothing but a fictitious creation of blood relationship. If we go through ancient literature, we find that Dattaka son i.e. to take voluntarily a child of other parents as one’s own child was known even in Vedic times. So the desire for sonship always remained. When it could not be fulfilled within the notions of Hindu Dharma there emerged the institution of adoption. In 1941 Sir B.N. Rao committee was constituted by the government on the desirability of codifying Hindu law. However, it was decided by the parliament to split the Hindu Code Bill and passed in a piece meal. One part of this bill was The Hindu Adoption and Maintenance Act 1956.

In India, there are well defined and codified adoption laws which provide legitimate rights to the parents as well as children. The aim of these laws is to protect the rights of an adopted child and transfer all the legal rights and obligations from the biological parents to the adoptive parents. There are four major pieces of legislation which govern the adoption laws in India. They are as follows:

The Hindu Adoption and Maintenance Act 1956

This act applies to any person who is Hindu, Buddhist, Jain or Sikh by religion. The people who can adopt according to this act are:

Persons who may be adopted under this act are

Other conditions for a valid adoption are:

Before the Juvenile Justice Act, 2000 this was the only law which enabled adoption for non-Hindus. The personal laws of Muslims, Christians, Parsis and Jews do not recognise complete adoption. Non-Hindus did not have an enabling law to adopt a child legally, those who wanted to adopt a child could only take the child in ‘guardianship’ under the provisions of The Guardians and Wards Act, 1890.  This, however, did not provide to the child the same status as a child born biologically to the family and unlike a child adopted under the HAMA, the child could not become their own, take their name, or inherit their property by right. The act conferred only a guardian-ward relationship which existed until the child completed the age of 21 years. Foreigners can also adopt under this act by assuming legal guardianship of the child, after giving an assurance to the court, that they would legally adopt the child as per the laws of their country, within two years after the arrival of the child in their country. Some important points of the act are as follows:

The JJ act was introduced mainly with the aim to protect children who are in conflict with the law by providing them with rehabilitation and care. There was felt a need to provide adopted children with the same rights as the biological children and also to delink adoption from the religion of the adoptive parent(s). The JJ act tried to fill that void and a small section was introduced which was expanded by the amendment of 2006. Some salient features of this act are as follows:

The Hindu law is the only personal law which is well codified and it is also the only law which treats the adoptive child the same way as a biological child. This directly stems from the spiritual aspect of Hinduism. Through the centuries, Brahminical influence spread and a peculiar religious belief was attached to the institution of sonship. Son was considered essential for the spiritual welfare of the souls of his immediate ancestors. Atri and Manu declare that a son should be adopted by a sonless man for the purposes of the pinda, the water, and other ceremonies and for the celebration of the name. By performing the ceremonies of the adoptive father’s ancestors, he celebrates their name and continues their lineage. A female child could not be adopted under the old Hindu law. But such restrictions have been changed during the course of time. Most of these laws, rules and regulations have been transformed and have been enumerated in the Hindu Adoption and Maintenance Act of 1956.

Islamic views on adoption are distinct from practices and customs of adoption in other non-Muslim parts of the world. Raising a child who is not one’s biological child is allowed but unlike the Hindu law, the adopted child is named after the biological and not the adoptive father. Islam has specifically outlawed adoption and instead introduced a system called “Kafala”, which means “to feed”. It is more of a foster-parent relationship. The sponsor provides for the sponsored child’s maintenance and living expenses and the sponsored children do not inherit any money or possession from their sponsoring parents, compared to biological children who do inherit. Some of the rules are as follows:

In Islam, the extended family network is vast and very strong. It is rare for a child to be completely orphaned without a single biological family member to take care of him/her. Islam places a great emphasis on the ties of kinship – a completely abandoned child is very rare in Islamic culture. Islamic law places emphasis on locating a relative to care for the child and only when this proves impossible does it allow someone outside of the family – and especially outside the community or country – to adopt and remove the child from his/her familial, cultural and religious roots. This is especially important during times of war, famine, or economic crisis – times when families may be temporarily uprooted or divided.

The personal laws of these communities also do not recognise adoption and here adoption can take place from an orphanage by obtaining permission from the court under the Guardians and wards act. A Christian has no adoption law. Adoption forms the subject matter of personal law as adoption is a legal affiliation of a child. And since Christians have no adoption laws, they have to approach the court under the guardians and wards act 1890. Christians can take a child under the said act only under foster care. Once the child reaches the age of majority, he can break away all the ties and connections with the family. Such a child does not have the legal right of inheritance from the adoptive/foster family.

The general law relating to guardians is contained in the Guardians and wards act, 1890. It clearly lays down that father’s right is primary and no other person can be appointed unless the father is found unfit. This act also provides that the court must take into consideration the welfare of the child while appointing a guardian under the act.

In this case, the supreme court held that “Persons of any faith can adopt a child under the juvenile justice (care and protection) Act. The act will prevail till uniform civil code is achieved, and the Muslim personal law will not stand in the way of such adoption”. This essentially means that religion is no bar when is comes to adoption under the JJ Act.

In this case, the supreme court held that a child adopted by a widow will be deemed to be the adopted son of her deceased husband.

The above analysis points out that laws provide rights and obligations to the adopted child as well as the adoptive family. Though communities other than Hindu do not have proper reliable mechanisms, there has been some progress which makes one optimistic. There are no prohibitions on adoption in the religious laws of Christians, Parsis, and Muslims though they don’t have statutory laws to that effect. They thus continue to be governed by their customs.