Analysing the Legality of Lockdown 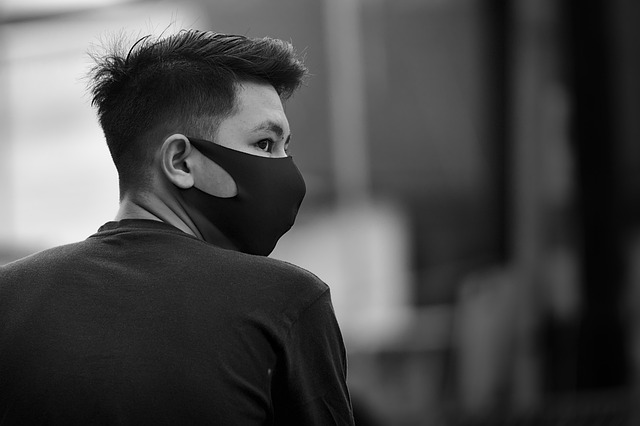 Nikhilesh Koundinya is a student of Symbiosis Law School, Pune. In this article, he has discussed the legal basis for a lockdown. He has examined the Epidemic Diseases Act and the Disaster Management Act at length with regards to the topic. To conclude he has looked at the factors to be improved so that we can better prepare for the next pandemic.

“Unprecedented events call for unprecedented moves”. This statement has been the entire basis of the lockdown which began on 24th March 2020 and is still continuing. The lockdown began as an initiative to counteract the Corona Virus which was named as a global pandemic by the World Health Organization (WHO). Before the lockdown, the prime minister imposed a Janta curfew on the country where people were restricted from coming out of their homes and which gave a flavour of how the next few months will turn out to be. In this article, we are going to be examining the legality of imposing a lockdown. An interesting fact about the lockdown was that after about a century the Epidemic Diseases Act was initiated to counteract the virus and provide steps to be taken by the government to impose the lockdown. Another act that played a key role was the Disaster Management Act (DMA) of 2005.

a catastrophe, mishap, calamity or grave occurrence in any area, arising from natural or man-made causes, or by accident or negligence which results in substantial loss of life or human suffering or damage to, and destruction of, property, or damage to, or degradation of, environment, and is of such a nature or magnitude as to be beyond the coping capacity of the community of the affected area.

According to this definition natural disasters such as earthquakes or tsunamis are included but instances such as epidemics or a virus breakthrough aren’t. This essentially means that the state couldn’t have imposed a lockdown under this definition. But the state classified the epidemic as a notified disaster which opens up the opportunity to classify it as a disaster and also provide assistance to the victims and states under the State Disaster Response Fund (SDRF).

The National Executive Committee shall assist the National Authority in the discharge of its functions and have the responsibility for implementing the policies and plans of the National Authority and ensure the compliance of directions issued by the Central Government for the purpose of disaster management in the country. The section also provides for the steps to be taken by the central government to handle the situation which are as follows:

There are many more initiatives and the authority responsible for executing these actions is the National Executive Committee which will be headed by the secretary to the government of India who has administrative control over the disaster management branch. This will also include officers from different ministries of the government including water, sanitation etc. who are going to be affected during the time of a disaster. The plan of action on how the executive committee will function and their powers and responsibilities will be dictated by the central government.

When the Central Government is satisfied that India or any part thereof is visited by, or threatened with, an outbreak of any dangerous epidemic disease and that the ordinary provisions of the law for the time being in force are insufficient to prevent the outbreak of such disease or the spread thereof, the Central Government may take measures and prescribe regulations for the inspection of any ship or vessel leaving or arriving at any port in the territories to which this Act extends and for such detention thereof, or of any person intending to sail therein, or arriving thereby, as may be necessary.

Thus, the use of this act was extremely important with regards to the lockdown because as per this section there are two ingredients to be fulfilled

Hence with these two provisions being fulfilled the Epidemic Diseases Act, 1897 was used to impose the lockdown.

There were many lawyers and jurists who pointed out that the term “Lockdown” has nowhere been defined under the Indian Law. Though there was no provision which defined this term the government was using the term as a means to restrict people’s freedom under article 19(1) of the constitution. But as seen above the imposition of the lockdown was under section 2-A of the diseases act which means there was a statutory basis for imposing the lockdown.

PROBLEMS WITH LAW REVOLVING AROUND EPIDEMICS AND DISEASES

The fundamental problem attached to any health emergency in the country is that the term “national calamity” has not been defined anywhere in any provision. There were efforts made by the government in 2001 to come up with a definition and insert it as a statutory provision but the committee responsible could not arrive at a decision. There is a growing need for this definition as it has been requested by the states a number of times. In fact, in 2013 when the Uttarakhand floods occurred the state government requested for enabling the provision. Another request was made in 2018 when the Kerala floods took place and the politicians in the government asked for the definition. Now the need has again risen for a definition and this should be the foremost objective of the government once the epidemic is resolved.

Another aspect is to revamp laws that were made more than a century/decade ago. The Epidemic diseases act and the Disaster Management Act need some categorization of a national fund. They also need to take into consideration new steps to be performed once there is a virus outbreak. There needs to be specific laws in place to administer medical treatment on patients and to provide medical aid in the times of a crisis.

“If all these steps are followed, we are looking at a situation where the world will live to see another day.”