AN OVERVIEW ON TEST IDENTIFICATION PARADE 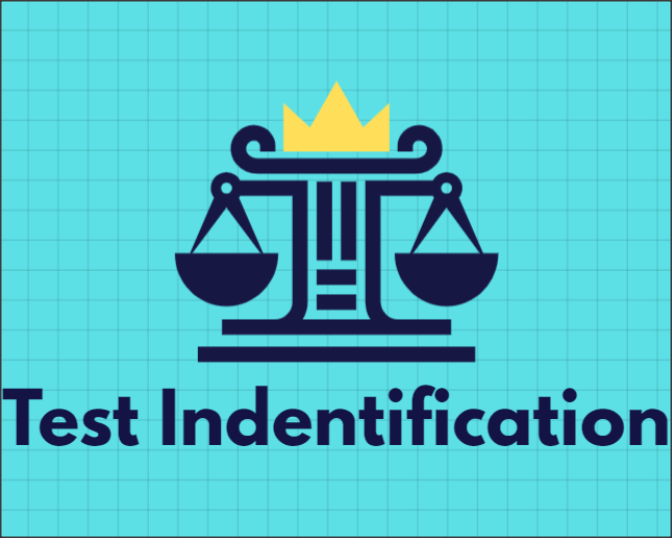 This post is written by Anushree Tadge, 3rd year law student of ILS Law College, Pune, she tries to explain briefly what a test identification parade is and how it makes a significant contribution in the criminal law system in India.

In Criminal trials, the most important step to follow as soon as the accused is arrested is confirming whether the accused is really the ‘accused’ as far as the crime scene is concerned. This test is extremely popular and is used as a means to examine the accuracy of the witness’s ability to identify the suspect amongst other unknown persons. Test identification parade is an effective tool in the investigation and with the correct procedure, it can be made admissible as evidence in the courts (corroborative evidence), the purpose is mainly to test and improve the credibility of existing substantial evidence in the case.

Section 9 of the Indian Evidence Act allows identification of the accused by the process of Test Identification Parade as well as the proofs to be all admissible in the courtroom, now it has to be understood that this ‘test’ is not compulsory to be conducted, the section 54 (a) of The Code of Criminal Procedure grants the process to allow the suspected to be presented for a test identification parade.

Procedures: Most importantly, the parade should be held as soon as possible, so that the victim or the witness doesn’t forget about the details essential for identification, as soon as the suspect is arrested the parade should be conducted. Delays are not taken positively in such cases by the courts of law. The magistrate should accompany the police when a test identification parade is carried on. The identifier should identify in both, the test identification parade as well as in the court. Also, the procedure should also take into account that the accused does not know the witness or victim before the commission of the crime, and the identifier must have observed the person for some time so as to identify him/her later on and in a sufficiently lit area.

Precautions: The police should make sure that they leave the place in order to the identifier identifying the person properly without haste, after making the required necessary arrangements, Except for the magistrate and identifier, they are allowed to be in place. For accuracy of results, a similar person to the accused must be made present along with the others and accused in a test identification parade ( Ratio minimum 1:5 and 1:10 ). Other witnesses are not allowed to be present during the process of one parade and are supposed to be kept far away from the identification parade. Also, precautions have to be taken that the accused changes positions after every witness identification takes place.

WHETHER TEST IDENTIFICATION PARADE IS NECESSARY OR NOT:

Test Identification is usually necessary when the disputes are concerned with that of the identity of the accused, in cases where the victim never saw the accused in his/her life before the incident. When the victim experiences the act of crime and can identify the accused, a test parade is to be conducted, usually, in such cases, victims can observe the criminal but identify him at a later stage. Even keeping this in mind, the parade should be held as soon as possible and that too with the presence of the magistrate.

Also, if any form of other evidence is brought to the Court’s attention which the court can safely rely on and in doing so no party will have the right to question or even initiate the parade then it will is not be considered as any substantial evidence and even if the test is not performed admissibility of evidence in court in court shall not be affected.

The credibility of this kind of test by the identifier with respect to the test identification parade, the credibility of such test vary from situation to situation and case to case. Many a times if the victim comes in a face to face contact may register a deep scar in the mind of the victim, they might remember the person and the act committed, place and even number of people involved. Factors like if the act was done during the day time? If it was in an open place, was there enough lighting for the identifier? All come into consideration…

In incidents where people covered their faces, the identification is not considered to be suitable as the identifier cannot identify the person, as well as in a situation where there lies a very huge difference in the commission of the act and the test to be conducted, it is generally the view of the court that it will further decide whether the parade should be held or not depending on facts and circumstances of the matter.

In Raju Manjhi v. State of Bihar, the landmark case, the court stressed upon how the holding of test identification parade was not mandatory. The judgement was delivered by Hon’ble Mr Justice N. V. Ramana and Hon’ble Mr. Justice Mohan Shantanagoudar. On a regular night of 1999, around twelve people below 26 years committed the act of robbery into the house of Kamdeo Singh After the investigation started, many witnesses were found, although, during the test identification parade, no identification was done by the witnesses. The Court held that the identification test is conducted in a particular case only to help and support the investigation officer in a more accurate way. Now there is no provision mentioned in the Criminal Procedure Code which paves way for the investigating agency to hold or give any right to the ‘accused’ to demand the parade by any chance. Any failure to hold the parade would not make the evidence to be inadmissible for identification in Court.

Section 22 of the TADA- Terrorist and Disruptive Activities (Prevention) Act, 1987 states that: If a particular person is proclaimed to be the offender in any terrorist case, the evidence related to his identification by any witnesses on the basis of a photograph shall be as binding as the evidence of the parade.

In the case of, Mohan Singh v. State of Bihar, it was held that identification of the accused by his/her voice was reliable as prior to the happening of the incident, the witness has had some kind of acquaintance with the accused.

Since the procedure of test identification parade in India is already a sidetracked one and it does not even amount to substantive evidence, it’s an effect in the case proceedings is only as much as a ‘dot connector’. But it is strongly recommended to police officers that procedures regarding the parade and the specific course of any action to the investigating authorities must be clearly explained. The government should increase the number of features for more effectively conducting the test identification parade, places should be allotted, tinted windows, better interrogation, and facilities so that concerned persons can see what’s happening instead of only the magistrate, etc. For over a century now, test identification parades have been active in India, and they significantly contribute and help the investigation faster and solve the cases in a better and faster way.