An Overview of Capital Punishment in India 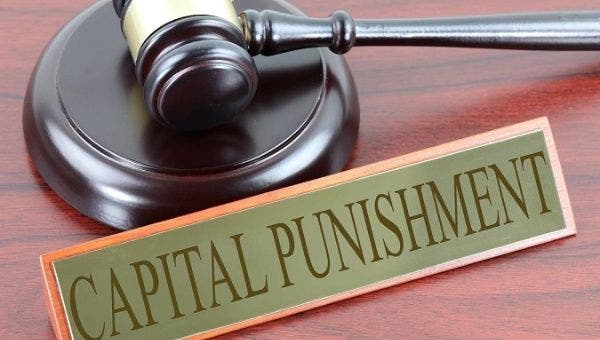 Punishment is a form of constraint used for the effective implementation of the law. It is based on the belief that a wrongdoer should suffer for his misdeeds and that punishing the wrongdoer acts as a deterrent for others. Capital punishment, also known as the death penalty, is the highest and most cruel form of punishment awarded at present. It is awarded for the most heinous, grave, and detested crimes. It implies the legal killing of a person who has committed a crime forbidden by law.

The punishments awarded by a Court derive their justification from various Theories of Punishment. Capital punishment is based on the Deterrent and Retributive theories of punishment. According to the Deterrent theory, capital punishment rids the society of the offender and deters others from committing crimes by affecting their consciousness. On the other hand, the Retributive theory believes in inflicting in return for wrongdoing, not the same thing but its equivalent.

Many of the laws enacted by the British colonial government were retained by India after independence. These included the Indian Penal Code, 1860 (IPC), and the Criminal Procedure Code, 1898 (CrPC). The IPC laid down six forms of punishment including the death penalty that could be awarded to a wrongdoer. For offenses where capital punishment was an option, as per Section 367(5) of CrPC, the Judges were required to provide reasons for not imposing the death sentence. This provision was later repealed in 1898 and when the CrPC was re-enacted in 1973, significant changes were made. Now the Courts had to provide special reasons for awarding the death sentence.

Methods of Execution of Death Penalty in India

In India, the death penalty is executed by either of the following methods:-

Capital Offenses in IPC and Other Laws

The constitutional validity of the death penalty was challenged for the first time in the case of Jagmohan Singh v. State of Uttar Pradesh. In this case, the appellant was convicted for the murder of Chhotey Singh and sentenced to death under Section 302 of IPC. One of the arguments that were put forth against capital punishment was that it puts an end to the fundamental rights guaranteed under Article 14 (equality before law) and Article 19 (protection of certain rights regarding freedom of speech, etc.) of the Constitution of India. It was also pointed out that there was a lack of any procedure for the trial of factors and circumstances crucial for choosing between life imprisonment and capital punishment. Such absence violates the Right to protection of life and personal liberty granted under Article 21 of the Constitution and is thus, not in the interest of the public.

The Supreme Court stated that the trial was held in accordance with the provisions of the CrPC and the Indian Evidence Act, 1872 and since these provisions were a part of the procedure established by law, the death penalty did not violate Article 21. Thus, the constitutionality of the death sentence was upheld.

In Bachan Singh v. State of Punjab, the Supreme Court upheld its earlier decision in the case of Jagmohan Singh and stated that the death penalty is reasonable as a punishment and does not violate Article 21 of the Constitution.

While upholding the constitutionality of capital punishment, the constitution bench in Bachan Singh v. State of Punjab observed that for murder convicts, imprisonment for life is the rule, and the death penalty a deviation from that rule. The bench concluded that the death penalty should be given only in the “rarest of rare cases” and thus the “Doctrine of Rarest of Rare Case” was established. This case also managed to effectively shift the focus from the crime to both the crime and the criminal in awarding the death penalty.

Afterward, in Machi Singh v. State of Punjab, the Supreme Court formulated specific criteria to establish the scope of rarest of rare doctrine and gave some factors to be considered while deciding the rarest of rare cases. These factors are:

Commutation of the Death Penalty

Section 54 of the Indian Penal Code talks about the commutation of the death penalty by an appropriate Government. The convict also has the option of appealing to the Supreme Court and if the Court refuses to hear the appeal or upholds the capital punishment, then the convict or his relatives can submit a mercy petition to the Governor of the State or the President of India.

The Governors of the States and the President of India, respectively have the power under Articles 161 and 72 of the Constitution to grant remission (reduce the punishment without changing the nature of the punishment), reprieve (temporary suspension), pardon (conditional or absolute), respite (postponement of the execution of a death sentence to a future date) or to remit, suspend or commute the sentence pronounced for any offense. The grounds for seeking mercy include age, the harshness of the law, physical fitness, etc.

Former President Pratibha Patil had granted pardon to 30 convicts, some of which were cases of brutal crimes, while her successor Pranab Mukherjee had rejected 24 mercy pleas. President Ram Nath Kovind has rejected at least two mercy pleas, which include the petition of Akshay, a 2012 gang-rape convict.

In Sher Singh v. State of Punjab, the Apex Court stated that delay in execution of the death penalty exceeding two years does not entitle the convict to commutation of his sentence. However, in Jagdish v. State (2009) the Court said that the length is a convict’s wait for execution, the higher should be the chances of commutation of his death penalty to imprisonment for life.

Should the Death Penalty be Abolished?

There is a wide controversy surrounding the issue of retention of capital punishment. Those who are against capital punishment argue that capital punishment is irreversible. Moreover, its use has not brought any significant crime reduction and hence it has no deterrent value. It is also possible that the retention of the punishment may lead to the acquittal of a guilty person resulting in failure of justice. Also, retribution is a medieval concept and should not be practiced in a civilized society.

Supporters of the death penalty assert that sentences pronounced by the Sessions Courts are subject to confirmation by the High Courts which reduces the possibility of error. The supporters also contend that the chances of an innocent person being punished with capital punishment were reduced when the Apex Court struck down the mandatory death sentence given under Section 303 of IPC. Besides, even after the pronouncement of the death penalty, the convict has the option of submitting a mercy petition to the Governor of the State or the President of India, which further reduces the possibility of an innocent person getting punished.

The death penalty is not just a punishment, it ends the life of a person and eliminates the chances of improvement. It is true that a wrongdoer needs to be punished, but we as a society need to focus on getting rid of the offence, not the offender. Society should focus on reformative theory instead of the deterrent theory as in reformative theory there is a possibility of improvement.

Prevention of Corruption Act: A Brief Overview
Coercive Interrogation: Is there a Right to Remain Silent
Juvenile Delinquency in India