All You Need to Know about Transfer Petition 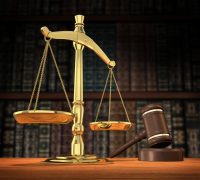 This article has been written by Shivani Kumari, a first-year law student of Lloyd law college. The article enunciates about the transfer petition which is the remedy for the inconvenience suffered by one of the parties to a case and helps to transfer the case from one court to the other.

A short synopsis about the ground under which the party wants to seek transfer must be stated to the court.

Detailed facts of the case must be specified in the transfer petition along with the court in which the case is to be transferred.

The grounds on which transfer is desired must be specified. Some of the grounds for instances are:

In pursuance of the transfer, the stay of proceedings can be sought.

The Constitution is the backbone of the legal system in the Indian and the 42nd amendment of the constitution is known as mini-constitution of Indian because it has included many important provisions to the existing constitution along with the provision of 139a which is, transfer of certain cases. It enabled the citizens to approach the apex court to transfer their cases to another court in some other place or state provided they fulfil the conditions provided in the provision. For instance- Kk. Venkatapathi vs. state

According to Article 139a:

(2) The Supreme Court may, if it deems it expedient so to do for the ends of justice, transfer any case, appeal or other proceedings pending before any High Court to any other High Court.

The code of civil procedure, 1908 was established in India to administer the civil proceedings. A transfer petition is explained under article 21- 25 of the CPC. Transfer petitions are filed here in cases of civil nature including family disputes, land disputes, torts, and many more.

The court will entertain any appellate for the place of suing only if the objection is raised in the court of the first instance at the earliest possible opportunity or before issues are settled or before settlement or if there has been a consequent failure of justice.

If a case can be instituted in more than one court then any defendant, after notice to the other party can apply to have suit transferred in another court. The court after considering the objection of another party can determine the jurisdiction for the same. But it should take place at the earliest possible opportunity.

Section 23: To what Court application lies

It gives the guidelines for filing an application to the court of actual jurisdiction.

Where such Courts are subordinate to different appellate courts but the same high court then the application shall be made to the high court.

Where such Courts are subordinate to different high courts, the application shall be made the high court within the local limits of whose jurisdiction the court in which the suit is brought inset.

After the application and other required procedures, the court may, at any stage transfer any suit, appeal or other proceedings pending before it for trial and may also withdraw any suit pending on any court subordinate to it.

Section 25: Power of the Supreme Court to transfer suits, etc.

Every application in this section shall be made by motion which shall be supported by an affidavit. After the application the other relevant procedure, if the Supreme Court satisfies, may at any stage direct that any suit, appeal or other proceedings be transferred from high court or another civil court in one state to a high court or civil court in any other state. This section also states that the court in which the suit is being transferred shall either re-try it or shall start from the place it was transferred to it.

The code of criminal procedure was enacted in 1973 and came into force on 1 April 1974. It is the procedure for the administration of substantive criminal law in India. It is extended to the whole of India except the state of Jammu and Kashmir. Section 191,402, 406, 407, and 408 explain the different forms of transfer petition which can be filed by accused, high courts, or the Supreme Court. These sections are further explained below:

Section 191: Transfer on an application of the accused

Section 402: Power of the high court to withdraw or transfer revision cases

Section 406: Power of Supreme Court to transfer cases and appeals

Section 407: Power of high court to transfer cases and appeals

Whenever an unfair and impartial trial takes place, some question of law of unusual difficulty arises, or the general inconvenience of the parties appears to a high court it may order and transfer the appeal from a criminal court to any other criminal court of equal or superior jurisdiction. The appealed case can also be tried before the High court itself provided that no application shall lie to the high court regarding the transfer of the case in the same session division.

Section 408: Power of session judge to transfer cases and appeals

The session judge has the power under this section to transfer a case from one criminal court to another criminal court in his session division. The sessions judge may act either on the report of the lower court or on the application of a party interested or his initiative.

A fair trial is one in which the rules of evidence are honoured, the accused has competent counsel, and the judge enforces the proper courtroom procedures i.e. a trial in which every assumption can be challenged. If the parties to a case are not satisfied with the courtroom procedure and if they are not able to raise each possible challenge then it is not considered to be a free and fair trial. People are not made for the law, it is the law that is made for the people. Thus, our judicial system provides provisions in which a case can be transferred from one court to the other considering the facts, circumstances, and procedure for the same.

2020-07-29
Previous Post: INTERNATIONAL WEBINAR ON MASTERING THE PSYCHOLOGY OF MEDIATION
Next Post: Scope of Total Income- Basis of Section 5 and Section 6 of the Income Tax