All you need to know about The Water (Prevention and Control of Pollution) Act, 1974 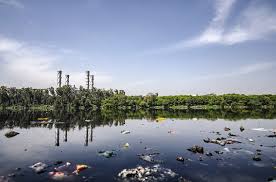 This article is written by Samridhi Sachdeva pursuing BBA LLB from Gitarattan International Business School, GGSIPU. This article talks about the prevention and control of water pollution and describes the functions of central and state boards of pollution control.

The Water (Prevention and Control of Pollution) Act, 1974 was adopted to prevent and control the water pollution in India. It is a brief set of rules and duties for both the National and the State Board of the nation. It suggests some provisions regarding the control measures to prevent and control the water pollution caused by the industries and village areas. The main motive of this act is to restore the aquatic resources of the country. It gives power to the Central and the State Board to prevent the contamination of water by implementing the provisions mentioned under this Act by keeping checks on the State water bodies.

In our day-to-day lives, many such human activities are polluting the water bodies of the nation. Waste waters that enter the sea, rivers or lakes, contain a huge amount of pollutants, which makes the water bodies pollutant causing serious environmental hazards. Excessive organic matter, infecting organisms from industrial and hospital wastes, pollute water to a great extent.

This act aims to control the point source of water pollution. The main objective of this act is to maintain the water bodies in a healthy manner and to prevent any other serious hazards.

However, preventing water pollution is way better than controlling the problems it has created.

Salient features of the Act

Composition of Central Board

The Central Board consist of the following key members:

Composition of State Board

The State Pollution Control Board consist of the following members:

In some cases, two or more States or Union Territories join together with an integrated mission to form Joint Board, termed as Joint Pollution Control Board. An official petition is required to submit to the Central Government, by Joint Board, to begin with any action.

Functions of the Central Pollution Control Board

Functions of the State Pollution Control Board

It is also the duty of every individual to protect the environment, to make Earth a better place to live. So, no individual should try to pollute any water body. But, if any individual sees anybody polluting the water body by any means, then the concerned State Board should be reported.