All You Need to Know About Filing an FIR 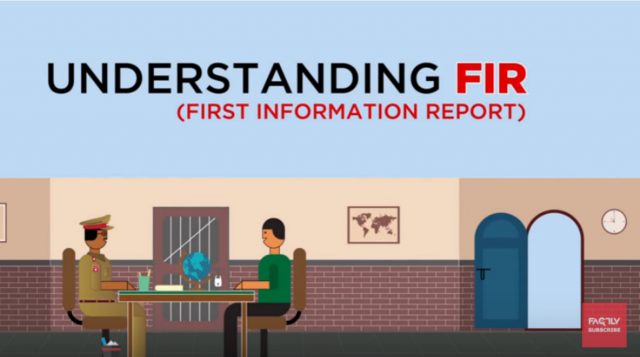 This article is written by K.Lasya Charitha pursuing BALLB in Damodaram Sanjivayya National Law University, Visakhapatnam. In this article, the researcher discusses the basic concepts of FIR like the meaning of FIR, who can file an FIR, the process of filing an FIR, etc.

What is an FIR?

Who can file an FIR?

Anyone who knows the crime committed can file an FIR. It is not necessary for the crime victim alone to file the first information report. Police officers who know of the crime can submit the FIR themselves.

You can submit FIR under the following circumstances:

The FIR is important for the following reasons:

What is Zero FIR?

A zero FIR is that which allows any police station to register for FIR, regardless of its scope of jurisdiction. It is widely used for crimes such as murder and rape, as well as other recognized criminal offenses, that is, the first criminal action that the police can take against it and investigate it before referring it to the appropriate judicial department if needed. This is very useful for crimes that require an immediate response, because it allows you to act more quickly without getting caught up in a bureaucratic process, and explains whether it is difficult to reach the police station in whose jurisdiction the crime was committed.

Information in Cognizable cases (§ 154 of CrPC)

For cognizable and non-cognizable criminal offenses, the investigative power of police officers is the same, except for the power of arrest without a court order. The Supreme Court in the State of West Bengal and Ors v. Swapan Kumar Guh and Ors ruled that: “there is no such thing like unfettered discretion in the realm of powers defined by statutes and indeed, unlimited discretion in that sphere can become a ruthless destroyer of personal freedom. The power to investigate into cognizable offenses must, therefore, be exercised strictly on the condition on which it is granted by the Code”.

Therefore, it can be concluded that those who wish to register before filing a complaint against a non-cognizable offense must first file a complaint with a qualified magistrate with the correct jurisdiction. There are no strict rules regarding the format of the report. Depending on the situation, the complaint can be as an affidavit or petition. After receiving the complaint, justice will determine the issue of consciousness. If the judge is convinced that the crime is non-cognizable then he will order an investigation.

How to file an FIR?

If a crime has been committed, and the victim or someone else wants to submit FIR then it can be done in the following way:

Usually, a phone call will be made to summon the police to the scene. In this case, the telephone conversation between the informer and the police officer is not counted as FIR registration. The Supreme Court of India in Siddhartha Vashisth alias Manu Sharma vs State (NCT of Delhi) held: “The phone calls to the police immediately after the incident are only FIR if they are not vague. Calls for getting a police officer to the crime scene do not constitute an FIR.” Therefore, if the information provided about the crime is clear, clear, and detailed, then it can be said that the telephone conversation constitutes an FIR.

What should FIR include?

FIR is the first stage of criminal proceedings and leads to the trial and punishment of offenders. This is also the main evidence of the whole process structure. Therefore, it is very important for everyone to learn the basics of FIR in India. The complainant can understand and know his case only after understanding these basic rules. Even a brief understanding of these concepts will go a long way in determining the correct course of action.