All you need to know about Criminal Trial 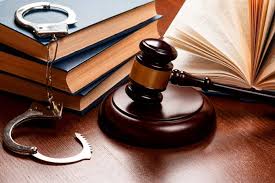 In common parlance, “trial” means the process by which a person is adjudicated as guilty or innocent. It starts with the framing of a charge and concludes with the acquittal or conviction. However, it is not defined in the Criminal Procedure Code (CrPC) of 1973. The trial in which the accusations imposed on a person accused of a crime are resolved is called a criminal trial.

In India, penal laws are mainly regulated by three acts –

CrPC is a procedural law that describes the mechanism for conducting a criminal trial. It includes the method of collecting evidence, interrogation of accused, arrests, bail, witness examination, method of conviction, etc. IPC is the primary penal law in India and it applies to all offenses except the ones which are covered under any other law in India. The Indian Evidence Act governs the various aspects of evidence in a trial such as its evidentiary value, manner of production of evidence, etc.

According to CrPC, the mechanism of determining the criminal liability of an accused has three phases. The first phase is the pre-trial phase which includes reporting the offense to the police or filing a complaint before the Magistrate, investigation by the police, or cognizance and inquiry by the Magistrate.

The second is the trial phase. This is the most crucial phase as it consists of the trial of the accused before the court to determine whether he will be acquitted or convicted.

The third and last phase is the post-trial phase which mainly includes appeal and review by either of the parties.

Types of Criminal Trials in the Indian Legal System

CrPC provides for different types of criminal trials depending upon the nature of criminal cases. The trial process for serious offenses is more detailed and complex, on the other hand, the process for less serious offenses is more straightforward. Depending upon the nature of the offense, the trial of an accused can be of four types:-

These types are discussed below:

The various steps in a criminal trial before a sessions court are:

Steps in trial of Warrant cases by Magistrate when the case is instituted on a police report:

Steps involved in trial of Warrant cases by Magistrate when the case is instituted otherwise than on a police report:

The process of criminal trial in summons cases by a Magistrate is as described below:

Since summary cases deal with petty offenses, the trial procedure is very simple. If a fine of not more than two hundred rupees has been imposed, then no appeal can be filed. But an application can be made to the High Court for revision.

A study of CrPC and its provisions related to stages of criminal trial makes it clear that every feature which is necessary for conducting a fair trial has been included. However, the process is very complex and the tendency of the code to protect the rights of the accused hinders the process of justice for the victim. Moreover, there is a huge backlog of cases that are pending. Thus, having a law that covers everything does not ensure justice, its effective implementation does.