AI and its relation to National Security 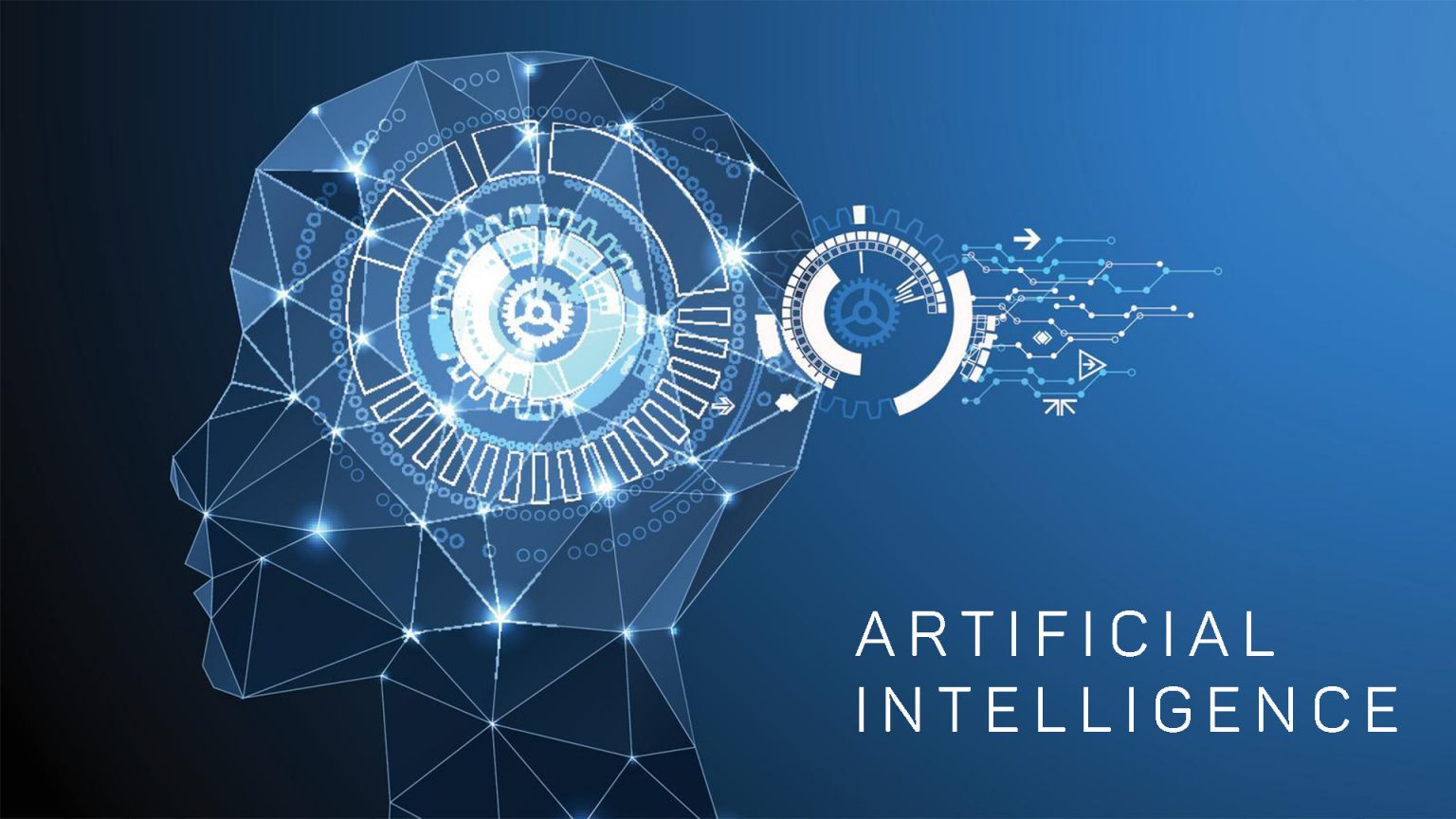 The article has been written by Yash Mittal, pursuing LLB-1 year from Mewar Law Institute. Picture credits to wpart.org

AI refers to the ability of machines to perform cognitive tasks like thinking, perceiving, learning, problem-solving, and decision making. Initially conceived as a technology that could mimic human intelligence, AI has evolved in ways that far exceed its original conception. With incredible advances made in data collection, processing, and computation power, intelligent systems can now be deployed to take over a variety of tasks, enable connectivity, and enhance productivity. As AI’s capabilities have dramatically expanded, so have its utility in a growing number of fields.

1) In Greek mythology, Talos was a giant animated warrior programmed to guard the island of Crete created by Hephaestus.

2) In 1950, Alan Turing proposed the Turing test, it is proposed to see whether the machine can think like humans or not. Turing test was the first proposal in the artificial intelligence.

3) In 1951, this period was also known as Game Artificial intelligence. Christopher Strachey wrote a checkers program and Dietrich Prinz wrote one for chess.

4) In 1956, it is the most important year for Artificial intelligence. This year John  Mc Carthy first coined the term ‘Artificial Intelligence’ in 1956 at the Dartmouth conference.

6) In 1960, the first robot was introduced to the General Motors assembly line.

7) In 1961, the first Artificial intelligence chatbot was introduced called ELIZA.

This history shows the evolution of artificial intelligence over time.

There are three stages of Artificial intelligence.

ANI also is known as Weak Artificial intelligence refers to a computer’s ability to perform a single task very well, whether it’s checking the weather, playing chess, or analyzing raw data to write journalistic reports. Weak AI is the one that exists in our world today. Every machine that was present around us is narrow AI. Google Assistant, Siri, and other natural language processing tools are examples of Artificial narrow intelligence.

2) Artificial General Intelligence (AGI) – AGI is also known as Strong Artificial intelligence, it is the stage where the machine has the ability to think and make decisions just like humans. AGI can perform any intellectual task that human beings can do. Currently, there is no example of AGI, but AGI can solve problems, innovative and creative. Steven Hawking quoted that the development of artificial intelligence could end the human race.

3) Artificial Super Intelligence (ASI) -ASI am the stage of Artificial intelligence in which the machines will surpass the capability of human beings. This is the stage that can threaten human existence. Elon Musk thinks that it will lead to the extinction of the human race. Currently, there is no machine that can have the same capability or ability as humans.

There are 4 types of Artificial intelligence.

1) Reactive Machine -The basic type of AI is purely reactive, it includes machines that operate solely based on the current or present data, they don’t use past memories to perform current situations.

2) Limited Memory Artificial Intelligence – Limited memory AI can use the past data from its memories to make informed and improved decisions.

Self-driving cars are the best example as they observe other cars, speed, and direction. A car using sensors to identify people that are crossing the roads and identifying traffic signals. Such an AI has short-lived or temporary memory.

How can Artificial intelligence be used for National Security?

An efficient logistics system lies at the heart of any well-functioning military, and this is especially complicated for the Indian Armed Forces given the diverse environments and conditions they operate in. AI-backed systems could go a long way in increasing efficiencies, reducing wastage and overall costs in the military’s logistics management.

The scale and speed of the responses necessary in evolving cyber-operation domains make it unlikely that humans will be able to tackle evolving threats in an effective manner by themselves. A number of cybersecurity experts and commentators believe that AI is the future of cyber-operations, with machine-on-machine engagements increasingly becoming the norm, especially to counter low-order or routine threats.

The second use is for data analysis and interpretation. An AI system could, for instance, be trained to pick out predetermined suspicious behaviour from the video footage of a surveillance drone, and thereby identify potential targets. Much of this work is currently done by humans, but the time taken and possible data under-analysed is immense. AI could do in a few hours what would have taken a human days to do, and in a significantly more efficient manner. This fact has led the US to develop and deploy an experimental system called Project Maven, which analyses video footage from drones to identify potential threats in the US’ fight against the Islamic State (IS).

4. One of the potential applications of AI in cyber defence may be to enable the setting up of self-configuring networks. It would mean that AI systems could detect vulnerabilities (software bugs) and perform response actions like self-patching. This opens new ways to strengthening communications and information systems security by providing network resilience, prevention and protection against cyber threats.

5. Another aspect relevant in building an AI enabled cyber defence could be the future implications of Quantum computing or high processing computers. This enhancement to support data-processing may increase the efficiency of algorithms. Algorithms are key components of running AI and may be tailored to counter complex cyber threats.

6. AI infused autonomous weapon systems would become field level force multipliers in the future wars. AI would have a major role in the functioning of every major

offensive or defensive weapon system of the military.

7. Using AI enabled weapon systems such as drones would selectively target the militia without collateral damage, leaving hardly any space for them to operate.

8. The ministry established a high-level Defence AI Council (DAIC) under the chairmanship of the Minister of Defence assigned with the task of providing strategic direction towards the adoption of AI in defence. The DAIC will guide the partnership between the government and industry and also review the recommendations concerning the acquisition of technology and start-ups.

The task force recognized AI as a ‘force multiplier’ and emphasized that all the defence organizations lay down their strategies of AI appropriation. The Centre of Artificial Intelligence and Robotics (CAIR) in the Defence Research and Development Organisation (DRDO) has also developed autonomous technology-based products.

9. It has focused on the net-centric communication systems for tactical command control. For surveillance and reconnaissance purposes, CAIR has developed intriguing probes like snake robots, Hexa-bots, and sentries. It has a comprehensive library for AI-based algorithms and data mining toolboxes that can potentially be used for image/video recognition, NLP, swarming.

However, in a data-based approach to artificial intelligence, efficient learner algorithms can only serve a limited purpose without the hardware that can collect and process a large amount of data.

10. Humanoid robots, armed with lethal weapons, to guard the long borders with Pakistan and China? Or, unmanned tanks, submarines, and aircraft to take the battle to the enemy? Well, all this as of now maybe in the realm of pure science fiction for India, which does not even have aerial combat drones. But India does not want to miss the bus in the new global arms race to develop artificial intelligence(AI)-powered weapon and surveillance systems for futuristic wars.

11. The country’s defence establishment is now working towards harnessing the expertise of the information technology industry and academia in this arena, taking a cue from countries like the US and China that are focusing on AI and MI (machine learning) to develop lethal autonomous weapon systems (LAWS)The critical need to be prepared for this new revolution in military affairs was even stressed by Prime Minister Narendra Modi during the DefExpo in Chennai last month. “New and emerging technologies like AI and Robotics will perhaps be the most important determinants of defensive and offensive capabilities for any defence force in the future.

India, with its leadership in the information technology domain would strive to use this technology tilt to its advantage,” he said.

Artificial intelligence has a great scope ahead if used wisely and strategically. Adoption of AI in various realms would offer Its more scope and credibility.

The accountability debate on AI, which in most of the cases today is aimed at ascertaining the liability, needs to be shifted to objectively identifying the component that failed and how to prevent that in the future.

AI must be coded in such a way that it must not overpower the human race. It must be within the control of the encoder.

The stage of artificial super intelligence (ASI) can become a threat in the future if this type of machine came into existence. The machine should not surpass all human abilities which can become a threat to the human race. As we see in sci-fi movies that how robots and machines invade earth and conquered it.

So, artificial intelligence must be developed within limits and should be tested from time to time to avoid its ill results.