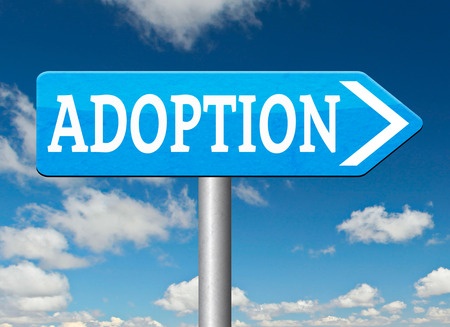 Adoption Under The Hindu Adoptions and Maintenance Act, 1956: An Overview

The Hindus have considered the institution of sonship as important as the institution of marriage. To have a son was regarded as the must for every Hindu. Begetting a son was one the three debts (debt to manes i.e. Ancestors) that a Hindu was required to discharge to the world. Similar to marriage, Sonship was considered as a purely secular act. Son called Putra, as he delivers his father from hell, as stated by Manu (V.138).

Predominantly, adoption was considered as a sacramental act. There had been always a controversy that will in the adoption of secular motive predominates or the religious motive predominates. (as according to Mayne, Hindu Law and Usage). But in the present submission, the Hindu Adoption and Maintenance Act, 1956 has steered off all religious and sacramental aspects of adoption and has made it a secular institution and secular act. With the passage of the act, the religious ceremony is also not necessary. After it, all the adoption would be considered as valid one if they are according to the requirements of the act. Even the person adopts the child with sacramental or secular motive, the act would essentially be regarded as the secular act.

Parenthood is one of the most essential parts of an individual’s life. Every individual has the right to become a parent. Sometimes, this experience is missed by due to various factors, like biological infertilities, economic constraints etc. Thus, came the institution of adoption.  By Adoption an individual belonging to one kinship acquires new kinship ties which are socially and legally equivalent to the natural ties. Adoption in India has been recognised since long as a part of personal laws and had no uniformity. Only a ‘son’ was accepted as an alternative to fill the absence of natural heirs. As a belief that the son was essential for both material and spiritual welfare of family and adoption of a son recognised in Hindu personal laws. In Bal Gangadhar Tilak vs. Shrinivas Pandit (1915) BOM LR 527 held that the adoption was a means by which not only father’s name was carried forward, but it fulfilled religious rites and practices under Hindu law that mandated the son. However, it beneficial to note that traditionally adoption of a daughter was not legally recognised, even though it was possible under certain customary law. Prior to the enactment of the Act of 1956, adoption of a daughter was almost unheard, but the act brought the Adoption of a daughter also into the picture.

The Act of 1956: The Hindu Adoption and Maintenance Act

The Hindu Adoptions and Maintenance Act was passed in the year 1956 as part of  Hindu Code Bills. This act was introduced to codify and standardize the current Hindu legal traditions. This act dealt with the legal process of adopting by the Hindu adult, and with the legal obligations of a Hindu to provide maintenance to various family members. This is the main legislation governing adoption process under Hindu personal laws. The law brought radical changes in the process by giving women the right to adopt and to be adopted, Moreover giving rights to married women, the widows and the single women as well.

Meaning and Objectives of Adoption

The Act has not defined the word “Adoption” per se, but it is derived from Dharmasastra, specifically Manusmriti. Adoption has been defined in Manusmriti as ‘taking someone’s son and raising him as own’. The act made  ‘adoption’ much wider by inserting the word ‘child’ instead of ‘son’ like the word includes both a girl and boy child.

Who may take the child in Adoption

In order to adopt the child, a person must be a Hindu and must have the capacity to adapt. A Hindu male must meet the requirements as in Section 7 act and a Hindu female shall abide by the requirement of Section 8.

The capacity of the Hindu male

Section 7 states , male Hindu who is willing to adopt must fulfil the conditions which are:

In Bhola and others v. Ramlal and ors AIR 1989 MP198, the plaintiff had two wives and the validity of adoption was in question as he had not taken the consent of one of them before adopting. It was then contended that the plaintiff’s wife has been absconded and could be considered as equal to death.

The Madras High Court observed that the wife had run away but couldn’t be considered dead unless she had not been heard from for the last seven years. It was held that as long as wives are alive, the consent of each wife is essential.

In the case of Ghisala.v.Dhapubai 2011 (2SCC298), It was held that the consent of wife should be either in writing or must be reflected by affirmative or positive voluntary act and her willingness to do so.

The Capacity of the Hindu Female

Section 8  states that a Hindu Female willing to adopt a child must:

Who Can give the child in Adoption

Section 9 of the act provides that, who are capable of giving children in adoption. According to it,  no one except father and mother of the child has the right to give a child in adoption and both of the parents have equal rights of giving up the child. If one of them wants to give the child for adoption, the consent of the other has to be obviously taken, except such spouse has renounced the world, ceases to be the Hindu, or has been declared of the unsound mind by a court of competency.

The right to adoption has been provided to the guardian of the child in case both the parents are dead, or have renounced the world, have been declared to be of unsound mind by a court of competency, or if parentage of the child is not known. However, the welfare of the child wishes of the child with respect to age and understanding and that the guardian receives or pays no consideration. Payment or reward for such adoption is the important points which are taken into account by the court, during the process of adoption.

The section states that the father and mother mean biological parents and not adoptive parents.

Of Whom the Adoption Can be Made

Section 10  provides for the Capacity of a person which can be adopted. According to it, to be capable of being adopted, one has to be-

Requisites and Essentials of Valid Adoption

all adoptions shall be considered as void-ab-initio or invalid unless:

For an adoption to be considered valid, it needs to be proved that there was a real and proper giving and taking of the child.

In adoption, the conditions must be fulfilled are:

Adoption of the Son

In this case, the adoptive mother or father who is going to adopt, should not have a Hindu son, son’s son or son’s son’s son living at the time of adoption. They must not have a son even by legitimate blood relationship or by adoption. (11(i)).

Adoption of the Daughter

Adoption of the Female Child by the Male

Accordingly is such case, the adoptive father should at least twenty–one years older than the person to be adopted. That is the girl child. (11(iii))

Adoption of the Male by the Female

Similarly in such case,  the adoptive mother should at least twenty–one years older than the person to be adopted. Which means the male child. (11(iv)).

The same child cannot be adopted simultaneously by the two or more persons. (11(v)).

Moreover, the ceremony of Datta homam is not essential to validate an adoption.

Effect of the Adoption:

As per the provision of Section12 :

The adopted child will be deemed the child of adoptive parents with effect from the date of the adoption. From that date,  all the ties with the family of birth will be deemed to be severed and replaced by those made in the adoptive family.

Right of the Adoptive Parents in Disposing of their Property:

Unless an agreement to the contrary, an adoption does not dispossess the power to dispose of his or her property by transfer intervivos or by the will.

Determination of the Adoptive Mother

According to Section14: if a male Hindu has a wife living adopts, she will be called the adoptive mother.

No Cancellation of  Adoption

The adoptive parent any by another person cannot cancel the adoption validly made. The valid adoption cannot be annulled if the child and he cannot return to the family of birth.

Adoption is a moral cause, which brings contentment to children, who were relinquished, or orphaned. This gives an opportunity for the humane side of civilization to shine through. It’s an effective program where the child is treated as the natural-born child, given all the love, care and attention. Adoption is the creation of a new, eternal alliance. Once this happens, there is no legal difference between a child who is adopted and a child who is born into a family.

Shyam Sundar and others V. The State of Rajasthan
Haynes v. Harwood [1935] 1 KB 146
Functionaries under Code of Civil Procedure, 1973
2020-10-07
Previous Post: ‘Secret’ extradition process on to bring back fugitive businessman Vijay Mallya .
Next Post: Cyber Crimes: Are Indian Laws Outdated for Such Laws