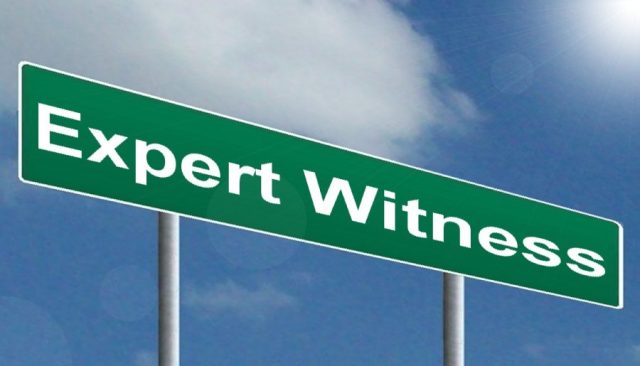 This article is written by Joyita Mukhopadhyay from Amity university Kolkata.

What is Expert Evidence

Expert evidence is secured under Ss.45-51 of the Indian Evidence Act. S.45 of the Act permits that when the topic of inquiry related to science or craftsmanship, as to require the course of past propensity or study and as to which unpracticed people are probably not going to frame the right judgment. It permits a specialist to delicate proof on a specific reality being referred to and to show to the court that his discoveries are unprejudiced and scientific.S.46 of the Act expresses that realities, not in any case important, are pertinent if they support or are conflicting with the assessment of specialists when such sentiments are applicable. S.47 of the Indian Evidence Act solely manages the feeling with regards to the handwriting. The clarification further explains the conditions under which an individual is said to have known the contested penmanship. The master assessment isn’t kept to penmanship alone. The conclusions corresponding to customs are likewise acceptable as per S. 48 of the Indian Evidence Act.

Who can be called Expert

The meaning of a specialist might have alluded from the arrangement of Sec.45 of Indian Evidence Act that a ‘Specialist’ signifies an individual who has exceptional information, expertise or involvement with any of the accompanying –

what’s more, such information has been assembled by him—

A specialist witness is one who has committed time and study to a unique part of learning and hence he is exceptionally gifted on those focuses on which he is approached to express his conclusion. His proof of such focuses is allowable to empower the court to arrive at a palatable resolution.

Duty of the Expert

The report should have a  summary of conclusions.

The expert conclusion becomes acceptable just when the master is inspected as an observer in the court. The report of a specialist isn’t allowable except if the master offers purposes behind shaping the input and his proof is tried by interrogation by the unfriendly party. However, to shorten the deferral and costs associated with making sure about the help of specialists, the law has shed an assessment of some logical specialists.

For instance, Sec.293 Cr.P.C. gives a rundown of some Govt. Logical Experts as following:-

Any Chemical Examiner/Asstt. Concoction analyst to the Govt.

The Chief Controller of explosives

The Director of the Fingerprint Bureau

The Director of Haffkein Institute, Bombay

The Director, Dy. Chief or Asstt. Executive of the Central and State Forensic Science Laboratory.

The Serologist to the Govt.

Any other Govt. Logical Experts determined by warning of the Central Govt.

The report of any of the above Govt. Logical Experts are allowable in proof in any request, preliminary or other continuing and the court may, on the off chance that it thinks fit, call and look at any of these specialists. However, his appearance in the court for assessment as witnesses might be excluded except if the court explicitly guides him to show up by and by. He may depute any mindful official to go to the court who is working with him and familiar with the realities of the case and can remove him in the court acceptably for his sake.

The test is that the issue is outside the information and experience of the layman. Individuals who can be named as a specialist are clarified in detail underneath.

The handwriting of an individual might be demonstrated in the accompanying manners:

An individual who is a specialist in this field

An individual who has observed somebody composing, or

An ensuring authority who has given a computerized signature authentication when the court has shaped a conclusion for the advanced mark of an individual. This is referenced under area 47-An of the demonstration.

The proof of the essayist himself. This is referenced in area 60 of the demonstration.

On the off chance that someone else concedes that the records were composed by him. This is referenced in segment 21 of the demonstration.

An individual who has seen the individual composition or marking. This is referenced under area 60 of the demonstration.

At the point when the court himself contrasts the archive being referred to and whatever another record which is demonstrated certifiable in the court. This is referenced in segment 73.

The court may approach the individual to compose something for the court to contrast it and the report being referred to.

Opinion for Electronic proof (Section 45 A):

At the point when a snippet of data is communicated or put away in a PC framework and the court needs help or supposition for the equivalent regardless; they allude to an analyst of electronic proof. This inspector of electronic proof is known as the master in such cases.

When there is a law of winning in any outside nation which should be considered for giving judgment regardless, the court needs a specialist who is knowledgeable with that law.

Something else, the court can take the feeling from a law-book which contains the appropriate response for any unfamiliar law. These books must be printed or distributed under the authority of the legislature of that nation. Different reports of the decision of the courts can likewise be taken as pertinent which are given in such books of unfamiliar law.

Unfamiliar law in India is constantly considered as an issue of certainty [5]. There have been situations where the court has deciphered individual laws as Indian laws and therefore are the rules that everyone must follow [6]. In this manner, the court doesn’t require an individual to decipher the law as the courts can carry out that responsibility all alone.

For the most part, finger impression master’s conclusion is given more worth because:

The fingerprints of any individual continue as before from their introduction to the world till death, and

No two people are ever found to have similar finger impressions

Impression examines are picking up significance these days yet the courts have been hesitant to acknowledge that as a bit of proof. An individual, who is a unique finger impression master, is called to coordinate at least two fingerprints, then the assessment of such a specialist is pertinent and allowable in the court.

Opinion for Science or Art

The words ‘Science and Art’ are to be extensively developed. The term ‘science’ isn’t restricted to higher sciences and the term ‘workmanship’ isn’t constrained to expressive arts, yet having its unique faculties of handiwork, exchange, calling, and ability in work.

To understand that if any ability goes under the head of ‘workmanship’ or ‘science’; the accompanying tests can be applied

Is the topic of the injury to such an extent that unpracticed individuals are not fit for framing a right judgment without the help of specialists?

Is the character of a science or workmanship as with the end goal that it requires a course or an investigation to acquire a piece of capable information or ability.

Science and Art mean the exercises which incorporate the fields which require extraordinary information or skill structure an assessment. Before assigning that an individual is a specialist, it should be watched that the field or the issue on which we are looking for the conclusion ought not to be something which can be effortlessly comprehended by layman or court with no extraordinary information or aptitude.

The logical inquiry included is thought to be not inside the court’s information. Subsequently, cases, where the science in question, is exceptionally specific and maybe even recondite, the focal job of a specialist can’t be contested

Each science has its specialized terms, which are so much Greek or Hebrew to the normal juryman. What might the Ordinary man think about this response to an inquiry whether a specific portion of a solution containing chloral would have been perilous?

There can be different classifications that can be treated under craftsmanship and science. Some of them are examined beneath for better understanding.

The opinion of Medical Expert

By and large, the assessment of clinical specialists is required. Particularly in criminal cases, the clinical assessment of charged and casualty is fundamental. When for a situation, the court requires some conclusion which includes clinical details, they ask clinical officials.

Opinions of a medical officer can be used to prove:

The Physical state of the individual,

Age of an individual

Reason for the death of an individual

Way or instrument by which such wounds were caused

Time at which the injury or wounds have been caused.

Regardless of whether the injury or wounds are lethal

Cause, side effects and eccentricities of the malady and whether it is probably going to cause the demise

Plausible future results of a physical issue and so on.

In any case, the issue with these specialists is that they are constantly called by one gathering just who has to prove in support of themselves. This is the explanation that the court is hesitant to depend totally upon the perspectives and assessments of the master however they think about the equivalent while giving their judgment.