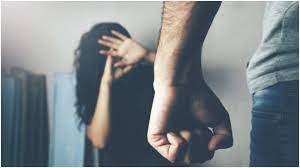 An accomplice is a person who intentionally and voluntarily aids another person in committing a crime and thus ends up becoming equally guilty for the crime.

The Indian Evidence Act 1872 deals with evidence from an accomplice, but the Act does not define the word ‘accomplice’. The judiciary has tried to define this word in various cases. In RK Dalmia v. Delhi Admin, the Apex Court said that a person who participates in the committing of the crime with which the accused is charged is an accomplice.

However, there are two cases in which a person can be regarded as an accomplice even when he is not a partner in crime. In cases where the person has received stolen property, he is considered to be the accomplice of the thieves who have stolen the property. Also, accomplices in previous similar offences are taken to be accomplice in the offence for which the accused is on trial if the evidence of the accused having committed crimes of similar nature on previous occasions is admissible to prove the intent of the accused in the offence charged.

An accomplice becomes an ‘approver’ when he becomes a prosecution witness and is granted pardon under Section 306 of the Code of Criminal Procedure (CrPC).

For a person to be regarded as an accomplice, he has to be a particeps criminis, i.e., a partner in crime. The modes of participating in a crime can be divided into two broad categories. These categories are:-

EVIDENTIARY VALUE OF THE ACCOMPLICE’S EVIDENCE

Section 133 and illustration (b) of Section 114 of the Indian Evidence Act 1872 talk about the evidentiary value of the evidence given by an accomplice. As per Section 133 of the Act, an accomplice is a competent witness and a conviction based on his testimony will not be illegal merely because the testimony of the accomplice is uncorroborated. On the other hand, according to illustration (b) of Section 114, the testimony of the accomplice will not be considered credible unless verified in material particulars.

Though it may seem so, there is no contradiction between the two provisions. Section 133 enables the judiciary to convict the accused based on the uncorroborated testimony of the accomplice. However, as the accomplice himself is a participant in the crime, his testimony may not always be reliable. Thus illustration (b) of Section 114 provides that if necessary, the court can presume the testimony to be unreliable unless it gets verified by some independent evidence.

In Rameshwar Kalyan Singh v. State of Rajasthan, the Supreme Court stated that, in case of rape, the prosecutrix cannot be treated as an accomplice. The Indian Evidence Act does not state that the evidence by a prosecutrix in cases of sexual offence needs to be corroborated but the judiciary insists on the need for corroboration as a matter of practice. The corroborative evidence should be such as to ensure that the evidence of the prosecutrix will be lawfully acted upon. However, it was felt that it would be impossible and dangerous to state or declare what kind of evidence can be regarded as corroboration.

The nature of corroborative evidence varies from case to case, but the Court has given some guidelines in this regard. These guidelines are as discussed below:

It is true that sexual offenses cause great suffering and humiliation to the victim, but at the same time, a false allegation can cause equal distress and humiliation to the accused and ruin his life. Thus, protecting an accused person from a false implication is equally important. The guiding principle for accomplice evidence that is followed in India is that although it is not illegal to convict an accused based on the uncorroborated evidence by an accomplice, it is unsafe as per the rules of prudence. This guiding principle, though clear, is subjective in nature because different judges might have different levels of corroboration and given the lack of any strict rules relating to the extent of corroboration, this subjectiveness can lead to injustice.