A Comparative study of Emergency provision from Germany to India 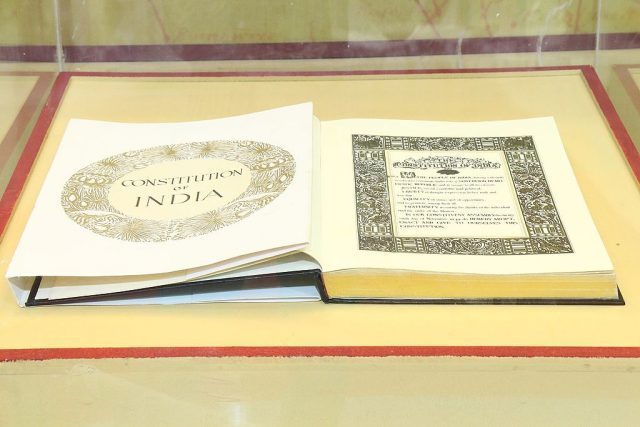 The Indian constitution was drafted in the mid-twentieth century which gave an advantage to constitutional makers, in so far as they could take cognizance of the various constitutional processes operating in different countries of the world and thus draw upon a rich fund of human experience, wisdom, heritage, and traditions. The emergency provisions are taken from the Weimar Constitution of Germany. After the second world war, the allied forces to safeguard their troops still stationed in Germany asked for the formation of emergency provisions.

Similarities between German and Indian provisions

To understand the reason for taking emergency provisions from Germany we first need to establish what are the provisions in particular taken from Germany. Firstly, like India Germany also has 2 houses namely the Bundestag and Bundesrat, secondly like state emergency in India there is an internal emergency in Germany and the national emergency is common in both countries. The situation of both the countries are not similar before the proclamation of emergency like for example India follows common law and Germany is a civil law country, however, once the emergency is proclaimed both countries place similar restrictions on their citizens and this is an important factor by which one can say emergency provisions are taken from Germany, It is not the before effect that matches between both the countries but it is what happens after the proclamation of emergency that matches.

One can argue that the aftereffects of emergency are similar in all countries worldwide, but the statement holds negligible truth. Like in countries where dictatorship exists fundamental rights are also suspended like in the case of North Korea, Turkey, Russia. Where the top leader holds absolute power to change the terms during an emergency. In recent times there is an example of Myanmar where the military threw out the democratically elected government led by Au Su Khi and imposed a martial rule suspending all the rights of the citizens. Even the basic right to life is hindered and the military explicitly kills the protesting citizens. Other provisions from Germany include suspension of fundamental rights during an emergency, apart from this all the other provisions too are from the Weimar constitution.

Discussions by the drafting committee

While discussing the draft Art. 275 (Art. 352) that dealt with the promulgation of emergency H.V. Kamath warned the assembly about the German experience where Hitler used emergency provisions to establish a dictatorship, however, Hitler invoked many of the provisions of the Weimar constitution such as Art. 48 of the Weimar constitution that provided for the president to notify all the actions to the parliament, this provision is missing in the Indian constitution as observed by H.V. Kamath.

An interesting fact emerged in this course is that the idea of a financial emergency was not taken from Germany, but it is from the American constitution which was implemented during the great depression as observed by Dr. B.R. Ambedkar.

Reason for the adoption of emergency provisions from Germany

Germany was the most experienced country among all in terms of dealing with armed rebellion, civil war, and internal security and because Hitler exploited the country’s emergency provisions a system of checks and balances was established by the allied countries in Germany to prevent any such chances of dictatorship.

The revised provisions and the amendments suggested earlier implemented in the year 1968 in the Federal Republic of Germany constitution made it the most favorable constitution to take emergency provisions from. Also, these emergency provisions were accepted and appreciated by all the allied countries around the world so it was best suited for India to take a reference from this nation. Under any form of government, a state of national emergency is considered as “hour of the executive” where the executives can misuse the authority, this was a matter of debate in the Federal Republic of Germany since the mid-1950s which Germany with numerous debates in their little parliament had resolved.

This also gives our constitutional thinkers a reason to refer to the German text as this stand was still unclear in most of the countries like the US. As emergency is such a sensitive matter only nations who had ample experience in dealing with it should be taken into consideration and Germany was one such country. Also, after the partition of India and Pakistan based on religion, chances of civil war could arise in India which the German people had already experienced, so it made sense to our constitution-makers to take ideas from Germany to tackle the situation if it arises.

The article has been written by Aakarsh Chandranahu, a student at Alliance School of Law.

The article has been edited by Shubham Yadav, a 4th year law student at Banasthali Vidyapith, Jaipur.