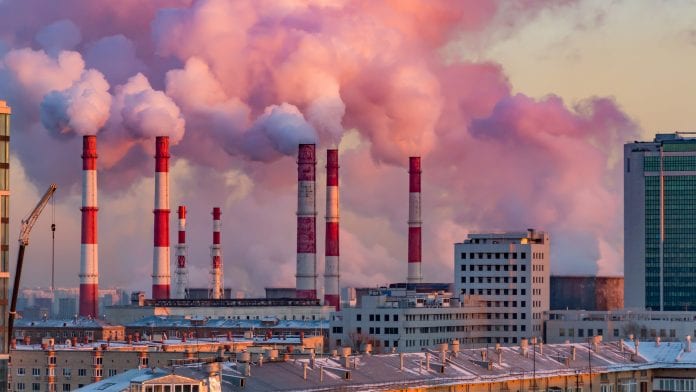 This post is written by Anushree Tadge, a 3rd-year law student of ILS Law College, Pune, she tries to briefly explain the Air (Prevention and Control of Pollution) Act, 1981.

The Government passed the Air Prevention and Control of Pollution Act (1981) of India Act in 1981, extremely comprehensive legislation comprising more than fifty sections. It came into existence with the sole purpose of aiming to reduce the level of Pollution in our air quality. It paves way to set up State and Central boards that will help to carry out necessary steps in order to improve the air quality. Along with this it also constitutes provisions, to declare pollution control areas, to impose restrictions on certain industrial units, to limit emission of the air pollutants present, for inspection and taking samples, analysing the same, imposition of penalties, cognizance of offences etc.

Now that we have understood that the primary aim of providing provisions in this Act is to abate and control the amount of air pollution in the country, and Boards at both State and Central levels are established to achieve this, we look at the most relevant provisions that every citizen should be aware of-

The Act is a compilation of 54 sections, and a total VII chapters. The chapters II and III give out the roles and responsibilities of the pollution control boards, Chapter IV is responsible for regulation of the pollution standards and how they can be monitored whereas Chapter VI lays out the penalties that could be imposed in cases of noncompliance of the Act.

Section 3 of the Act states that both the Central and State Pollution Control Boards shall have a collective responsibility to exercise the powers provided by virtue of this Act.

Section 16 and 17 state the duties and functions of the State as well as Central Board as incorporated under this Act. Whereas Section 19 states that the State Pollution Control Boards shall have the authority to declare any area as an air pollution control area, although with a condition that the same shall be with prior consultation from the Central Pollution Control Board.

Section 21 of the Act states that no person shall be allowed to establish an industry without the prior permission from the Boards ( State/ Central) in an area declared as-  an air pollution control area.

Section 22 of the Act states no person or industry shall be allowed to emit air pollutants above the standards that are already set by the Pollution Control Boards. Non Compliance of this section can also give powers to the Board to approach court so as to gain a restraining order on the concerned industry (in case standards are not met with).

The environmental legislation in India is a combination of the Air Act 1986 and the Water (Prevention and Control of Pollution) Act, 1974. The two Acts have many overlapping features. Both these acts remain important, but the Environment Protection Act, 1986, became the major environment governing act after it came into force.

The Air (Prevention and Control of Pollution) Act of 1981 and amendment, 1987

To implement the decisions taken at the United Nations Conference on the Human Environment held at Stockholm in June 1972, Parliament enacted the nationwide Air Act.

The main objectives of the Act are as follows

This Act aims primarily to preserve the natural resources of the Earth which among various other amazing things includes the protection and preservation of high quality of air and ensure that mankind doesn’t disturb the natural cycle by controlling the level of air pollution. The Act urges through its provisions the following most important points-

(a) To provide for the establishment of central and State Boards with a view to implement the Act.

(b) To provide for the prevention, control and abatement of air pollution.

(c) To confer on the Boards the powers to implement the provisions of the Act and assign to the Boards functions relating to pollution.

(d) To control the release of particulate matter, lead, carbon monoxide, sulphur dioxide, nitrogen oxide, volatile organic compounds more than the prescribed level by industry, vehicles, power plants, etc. so as to clean up our air by controlling pollution.

Powers and Functions of the Boards

Section 16 and 17 lay out the functions of the Central Pollution Control Board, some of which include-

The Section 37 of the same Act law states that any kind of failure to comply with the rules prescribed in Section 21 and 22 will ultimately result in punishment for a minimum of one year and 6 months, subject to extension up to 6 years with fine. If the same offence is repeated and rules are not followed further, an additional fine of 25,000 rupees per day will be imposed till the time the offence is not continued. In case emissions are produced of air pollutants in excess than the standards laid down by the State Board then the persons responsible for the management of industry shall be penalized.

Further any person attempting or contravening any of the provisions of the Act/ order/ directions that are issued shall be punishable with imprisonment for a total term of three months or with a fine of Rs. 10,000 or both.

2020-05-29
Previous Post: Partition and Reunion of Partition under Hindu Law
Next Post: Article-32 and Article-226: Purpose and Distinction