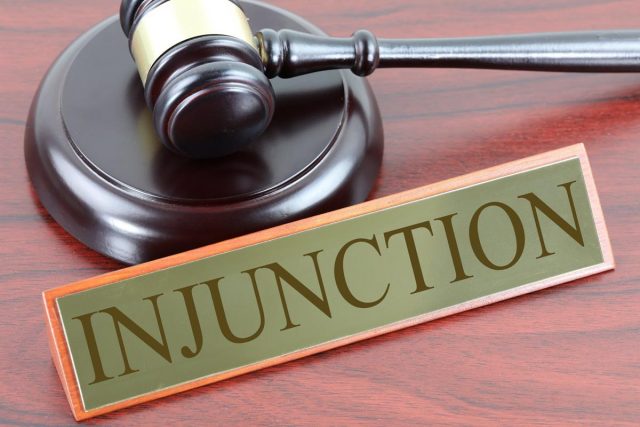 This article is written by Kalyani Gupta, a Master’s in Law student from Amity University, Noida. This article discusses the temporary injunction mentioned under the Code of Civil Procedure.

An “Injunction” is an impartial solution which is “a judicial process that compels a party to refrain from doing or to do a particular act or thing”. If any individual violates the Order of Injunction approved by the Competent Court, then there can be harsh financial punishments and even detention in some cases. The main objective of giving interim relief is the protection of property in disagreement till lawful rights and contradictory assertions of the parties prior to the court of law are resolved. Though, Injunction can also be altered or suspended if conditions shift in future. Section 94, 95 and Order 39 of the Civil Procedure Code exactly talks about Injunctions but, the temporary and permanent injunctions are well-defined under Section 36 to 42 of the “Specific Relief Act”.

The “Temporary Injunction” is granted by the Court of Law when the Defendant is about to the do some kind of damage or injury to the property or threatens the Plaintiff to deprive the said property or makes a thirty party interest in that property, then in such conditions, the Court may grant a temporary injunction to confine the Defendant to do act or make other instructions to stop the dispossession of the plaintiff or avoid the instigating of injury to the plaintiff in relation to any property in argument or making any thirty party rights in the property.

Temporary injunction is an “interim remedy” that is raised up to preserve the subject matter in its current situation and which may be conferred on an “interlocutory application” at any stay of the suit. Its objective is to avoid the postponement of the plaintiff’s rights. Section 94 of the CPC requires the supplementary proceeding so that Plaintiff can avoid this right, whereas Section 94 (c) and (e) of Code of Civil Procedure, the Court may permit a temporary injunction or make such additional interlocutory orders. These are temporary injunction because its legality is, up until the additional order passed by the court or till the final decree of the court case.

Who may Apply for Temporary Injunction and against whom Injunction may be Issued?

The granting of temporary injunction is the practice of the judgment which must be in a judicial manner. Consequently, it is well resolved that, prior to awarding the Temporary Injunction, the Judge must contemplate whether the Application is falling into below-mentioned classifications:

In Prakash Singh vs. State of Haryana, 2002 (4) Civil L.J.71 (P.H.) [5] – The Court has clarified that Prima Facie does not imply that a Plaintiff should have a complete proof argument in his favour which will prosper in all probabilities. It implies that the plaintiff has a case which cannot be denied swiftly or rejected outright. It presents concerns which can be deemed on merits.

The term irreversible injury however does not imply that there would be no chance of fixing the injury. It only indicates that the damage must be a significant one. i.e., which cannot be sufficiently reimbursed by damages. An injury will be considered as irreversible where there is no specific monetary standard for assessing injuries.

The Supreme Court in Shanti Kumar Panda v. Shakuntala Devi, 03.11.2003[7], the court held that “At the stage of passing an interlocutory order such as on an application for the grant of ad interim injunction under Rule 1 or 2 of Order 39 of the CPC, the competent Court shall have to form its opinion on the availability of a prima facie case, the balance of convenience and the irreparable injury – the three pillars on which rests the foundation of any order of injunction”.

It can be concluded that grant of temporary injunction cannot be demanded by the party as a question of right nor can be rejected by the Court subjectively. The injunction is an impartial remedy and draws the use of the maxim “he who seeks equity must do equity”. The Court has full responsibility to either grant an injunction or to reject it. The relief of injunction cannot be taken as an issue of right but according to the applicant’s case as may be. The authority to award an injunction must, consequently, be implemented with the best judgment, caution, and care.