Mizaji v. State of UP 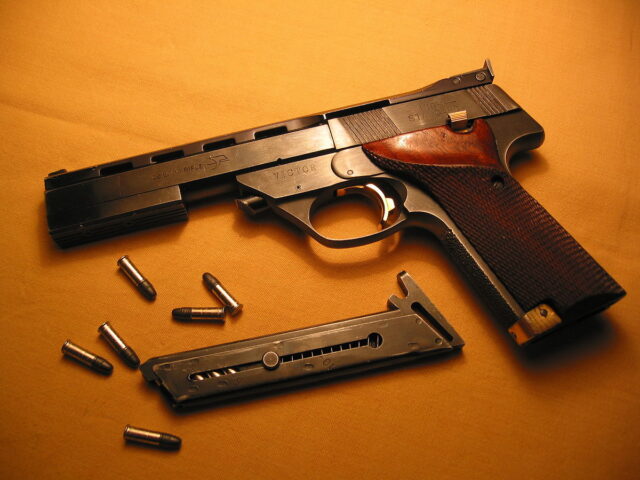 Mizaji, Tejsingh, Subedar, Machal, and Maiku appealed under criminal appeal number 1809 of 1957 before the Allahabad High Court against the judgement passed by the Court of Sessions at Farukhabad in sessions trial. The Sessions Court awarded the death sentence to Mizaji and other accused persons convicted for life imprisonment. The Sessions Court ordered judgement on 28 November 1957.

In this case, Rameshwar was murdered by Mizaji, (accused) on 27.7.1957. The five accused persons Mizaji, Tejsingh, Subedar, Machal, and Maiku entered into the Sukhna field with the common intention to forcibly take possession of that field at any cost even by murder them. While arguing, both the parties Mizaji triggered with his pistol which fired on Rameshwar, he fell and died an hour later. Ramsaroop, Jailal, and Israel went to the police station and made an FIR against all five accused persons.

The reason for this attack was a land issue between both the deceased Rameshwar party and the accused Mizaji party. With this issue, Mizaji and other accused intentionally tried to take possession of the field from Rameshwar.

In this case, Mizaji, Tejsingh father of Mizaji, Subedar nephew of Tejsingh, Machal cousin of Tejsingh and Maiku was a servant of Tejsingh on 7.27.1957 arrived at the field named Sukhna field with armed weapons such as pistol which was folded by Mizaji in his dhoti and spear and lathis by other accused. This field was firstly in possession of Banwari. In 1949, Banwari mortgaged this land to Lakhan Singh.

The Revenue Department exhibits records that this land was in the possession of Banwari before 1949; later it was mortgaged to Lakhan Singh in 1949. In 1952, this field was shown as being under the cultivation of Rameshwar, the deceased person.

The learned counsel contended that on 4.18.1957 Banwari sold this field to Tejsingh who made an application for the mutation in his favour, but this was opposed by the deceased and four other persons. Before this date the field was in the possession of Banwari, later the entries showing that cultivating possession of the deceased and four others were continued in 1957.

On 27.7.1957 the five accused came armed to the field with a pistol by Mizaji, spear, and lathis by the other accused. Maiku the servant of Tejsingh started to cut the jowar crop which was sown in one part of the sukhna field and later all four accused tried to cut the sugarcane crop which was sown in the second part of the field. Bateshwar PW-7 gave this information to Ramsarup who was accompanied by Rameshwar and others, they all came to the field without weapons.

Ramsarup inquired Tejsingh about the damaging of such field, they all replied that he had purchased this land. They all warned the appellants to go away otherwise they would be finished, but they refused to go then Tejsingh exhorted mizaji to fire, mizaji fired with his pistol which he was carrying in his dhoti, as a result of this Rameshwar was injured, fell and died later an hour.

The High Court has found that the appellants had gone prepared to murder if necessary in the prosecution of their common object of taking forcible possession of the land, it acknowledged the evidence given by Matadin and Hansraj and accepted the judgement given by the Court of Sessions.

Whether the murder was committed likely in the prosecution of the common object?

Whether section 149 of IPC is applicable to this case?

Findings of the Court

The evidence was given by Matadin and Hansraj that when the Rameshwar party arrived at the field the accused asked Ramsarup and his companions to go away otherwise they would finish all of them. When the deceased refused to go away, Mizaji fired with his pistol. Then Rameshwar was injured and died an hour later. That finding would indicate the extent to which the accused were prepared to go in the prosecution of their common object which was to take forcible possession of the Sukhna field.

The High Court also found that this case fell under the second part of section 149 IPC because of the weapons with which the members of the unlawful assembly were armed and their conduct which showed the extent to which they prepared to go to accomplish their common object.

The evidence of Hansraj and Matadin shows that all the accused persons were likely to be committed to accomplishing the common object of forcible possession. From this conduct, the members of the unlawful assembly were prepared to take forcible possession at any cost, and the murder must be held to be immediately connected with the common object and therefore the case falls under section 149 IPC and they all are guilty of murder.

The High Court and the Sessions Court awarded a death sentence to Mizaji and conviction of life imprisonment for the other four accused persons. The Supreme Court considered the evidence of witnesses and accepted the judgement of lower courts. It dismissed the appeal filed by Mizaji and others.