J. Prabhavathiamma v. The State of Kerala & Others 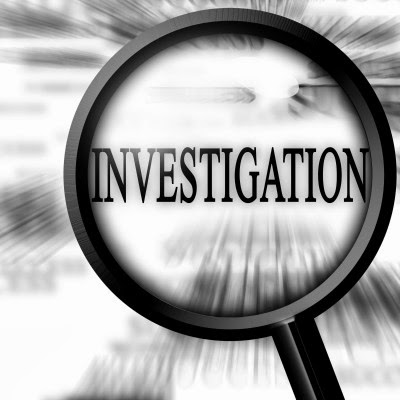 September 27, 2005: The deceased Udayakumar was arrested together with Suresh Kumar under charges of theft in a nearby park at 1.30 pm. Defendants Jitakumar and Srikumar are all police officers attached to the fort. , Thiruvananthapuram in Crime Squad. From around 2 pm Since then, Suresh Kumar and Udayakumar have been brutally tortured, and which they know that it would lead to the death of Udayakumar by three constables from the fort police station. At 10:20 pm, Udaykumar was transferred from the police station to the Thiruvananthapuram Medical College Hospital. At 11:30 pm, a doctor at the Hospital of the University of Thiruvananthapuram School of Medicine announced Udayakumar’s death. The investigation was carried out by the local police and these accused police officers and was charged with crimes under Section 302 read with 34 of the Indian Penal Code. The trial began, and several prosecutor’s witnesses were questioned and many of them turned hostile to the accused officers. A motion for further investigation of the case was filed. During the investigation, the trial court by invoking its power under Section 319 had arrayed a police constable as the 4th accused. The 4th accused challenged this in a Criminal Revision. The mother of Udayakumar who died as a result of police torture filed a writ petition, demanding the further investigation of CBI, and disciplinary action and perjury against the police who turned hostile during the trial.

The ratio decidendi of the above case is that the power of the police to conduct other investigations under Sections 173(8) should never interfere with the power of the High Court and the Supreme Court to direct special investigation agencies to conduct investigations when circumstances warrant. Inherent powers of the courts to meet the ends of Justice are protected by Section 482 of the Criminal Procedure Law. According to Article 226 of the Constitution of India, the court’s power also enables the court to order the specific circumstances of individual cases to be further investigated by special investigative agencies to avoid injustice.

If an erroneous investigation is found in the proceedings, further investigation can correct the error if circumstances permit. It is better for the police to notify the court and request formal authorization for further investigation when new facts come into light instead of remaining silent, consider only the necessity of an early trial, because the effective prosecution of actual crimes through appropriate investigations is very relevant, desirable, and a necessary step to speed up processing resolution of the case by the courts.

The newly found accused should be given ample opportunity to file a lawsuit, and if necessary, witnesses who have already been interviewed can be examined by exercising the powers of Section 217 of the Criminal Procedure Law. Under Section 319 of the Code of Criminal Procedure, the court has the right to add any accused after the proceedings begin.

In this application, the court does not consider whether he can be convicted of perjury or whether he can deliberately hunt down the applicant or other policemen who have been declared hostile. For a perjury decision, the court left the matter to the concerned department and authority to consider disciplinary action and proceed before the competent court. After reviewing the evidence contained in the record, Judged has concluded that the court has been acquitted based on the evidence submitted to the petitioner for review when he was designated as the accused. The court believes that the ruling approved under Article 319 has no weaknesses.

The Writ petition was disposed of on the grounds that the High Court and Apex Court can allow further investigation of a case to a specialized agency like the CBI if the circumstances so warrant. The court has concluded that the case is appropriate because the police were charged with involvement in the case, further investigation should be conducted. Based on the available information, the court believes that in this case, police officers are more interested to defend the accused in accordance with the law, and refrain from performing judicial trials or conducting appropriate investigations. Although there is no need to suspend pending procedures in any case where an investigation of the CBI is ordered, in essence, it is necessary to initiate additional procedures in the court of the first instance only after the CBI has submitted a supplementary report. This is a suitable case to resolve the issue and the court directed the CBI to conduct further investigation.