Impact of 5G Radiation on the Environment & Juhi Chawla’s Case 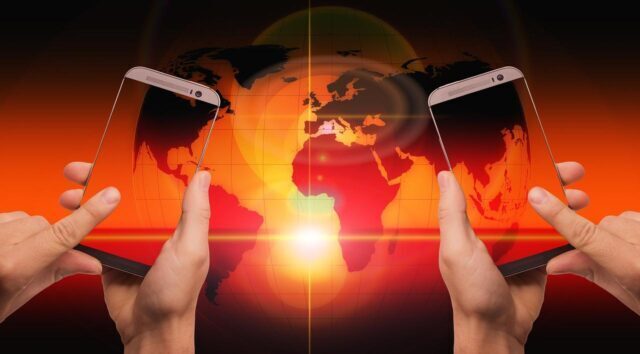 The fifth-generation mobile network is referred to as 5G. 5G is a brand-new global technology that enables users to connect with whomever and whatever they want. It is a global wireless standard that outperforms technologies such as 1G, 2G, 3G, and 4G. It has a faster speed than before. It will, for example, allow for the downloading of data that would otherwise take hours on the current network. The primary goal of the 5G network is to allow users to use more devices at a faster rate than previously possible.5G is for the benefit of the next generation, but it also has certain negative health and environmental consequences.

Impact of 5G Radiation on Environment

It is now alleged that the 5G network will result in a massive increase in energy consumption. We are all aware that 5G is more energy-efficient from a technological standpoint, but what are the effects of this network? I’ll go over the following effects of the 5G network.

This network has several environmental advantages; it can reduce energy usage and emissions, which is good for the environment.

According to several research, 5G utilises less electricity to transport data than other networks. For example, 1 kWh of electricity can download 300 high definition movies over a 4G network, but 1 kWh can download 5000 ultra-high definition movies over a 5G network. Saving energy entails a reduction in greenhouse gas emissions. According to a study conducted by Erickson, a leading provider of information and communication technologies, the Internet of Things will reduce carbon emissions by 15% by 2030.

Climate change is currently one of our society’s and economy’s most significant challenges. As we all know, as consumers around the world migrate to 5G phones for higher technology, many older phones and devices will be discarded. If there are no plans in place to buy them back or recycle them, the result will be dangerous because it will result in massive amounts of e-waste, which is already a major problem for us.

Ecosystems may be disrupted by the introduction and use of 5G technology. According to a study conducted by Punjab University, birds exposed to cell tower radiation for five to thirty minutes produced eggs that were deformed. Birds’ nesting, breeding, and roosting have all been disrupted in many other nations as a result of cell tower radiation. Wireless frequencies were also discovered to interfere with the navigational systems and circadian rhythms of birds, affecting their migration.There is some evidence that the radiation coming from the 5G network is very harmful to the environment as well as for the public health.

Actress Juhi Chawla filed a civil suit in the Delhi high court on May 31, 2021, challenging the country’s installation of the 5G network. Juhi Chawla, an Indian film actress and environmental activist, recently made headlines when she launched a lawsuit against the 5G rollout.

On May 31st, the actor–turned–environmentalist filed a lawsuit in which she asserted that radiation is exceedingly hazardous and destructive to people’s health, as well as to animals, flora, and wildlife. She stated in that statement that she is not opposed to technological innovation, but that its application should be delayed until it has been confirmed safe.

Following that, she was mocked on social media for the same reason. In response to all of the Memes, she posted a video titled ‘hum tum aur 5G,’ in which she stated sarcastically that she is actually very impressed by the way people connect things and is also impressed by the creativity, and when asked why she is doing so, she stated that she has been raising concerns about increasing radiation for years and that it is in fact very harmful. She is also attempting to raise awareness about this issue.

In her opinion, radio waves are becoming more powerful as new generations emerge, going from 2g to 3g, 3g to 4g, and now 5g, all of which can be quite hazardous. In that Instagram video, she also mentioned sharing the hearing link, which later became a source of concern for her. It was a huge mistake on her behalf, because court proceedings are considered private in the eyes of the law, and they aren’t made public until the court gives suitable directives. She afterward expressed her gratitude to everyone for their help.

The case was shifted to another bench by Justice C Hari Shankar, who heard the case on June 2nd, 2021. For the hearing of this case, a bench led by Justice J R Midha was convened. The suit was labeled a media PR stunt by the court.

Juhi Chawla, along with two other plaintiffs, Veeresh Malik and Teena Vachani, has been fined Rs 20 lakh for abusing the legal system. A fan entered the meeting and began singing a song from Juhi’s movie despite Midha’s repeated warnings. After being removed from the meeting, he returned several times and sang various songs from Juhi’s movie.

‘Radiation will increase rapidly from 4G to 5G.’ The actress–environmentalist’s concern about radiation is really valid.

We can see that the 5G network has both positive as well as negative impacts on the environment. It was recommended that measures should be taken to protect humanity and the environment keeping in mind that technology can’t affect the lives of human beings.