Freedom of Religion in India 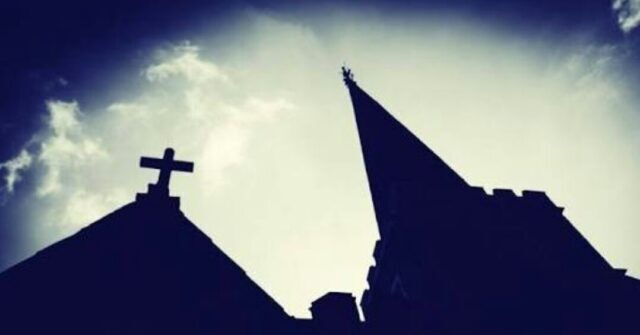 This article is written by Indra Priyadarshini, a student of Alliance University, Bangalore. This article discusses the right to freedom of religion given under the Constitution of India along with a few important judgments.

India is a pluralistic country that inhabits people of different religions. Thus, the framers of the Indian Constitution introduced the concept of secularism and provides for religious freedom to various religious groups. Religion has been an eruptive and unstable subject in India. Therefore, the Constitution seeks to ensure that the state is secular i.e., state neutrality in matters of religion.  Secularism does not mean that the state is irreligious. It means that the state does not identify itself with any particular religion, it accepts and respects all religions and faiths. Articles 25 to 28 of the Constitution provide certain rights pertaining to the freedom of religion to all persons in India. These rights are conferred upon individuals as well as religious groups.

Secularism means that the state remains neutral in matters of religion. It is not pro or anti to any particular religion. In the case of S.R. Bommai v. Union of India[1], the Supreme Court stated that secularism does not refer to an atheist society but a heterogeneous society that provides equal treatment to all religions and faith without any discrimination. The main objective of secularism is religious tolerance and equal treatment of all religious groups. Since India is a secular state it provides the same constitutional protections to all religious groups without any discrimination. The Constitution did not explicitly contain the concept of secularism since its making. It was only visible in the Fundamental Rights and Directive Principles. In 1976, the word “secularism” was added to the Preamble of the Constitution through the 42nd Constitutional Amendment. In the case of M Ismail Faruqui v. Union of India,Justice Verma observed that:

“It is clear from the constitutional scheme that it guarantees equality in the matter of religion to all individuals and groups irrespective of their faith emphasizing that there is no religion of the state itself. The Preamble of the Constitution read in particular with Articles 25 to 28 emphasizes this aspect and indicates that it is in this manner the concept of secularism embodied in the constitutional scheme as a creed adopted by the Indian people has to be understood while examining the constitutional validity of any legislation on the touchstone of the Constitution. The concept of secularism is one facet of the right to equality woven as the central golden thread in the fabric depicting the pattern of the scheme in our Constitution.”[2]

Article 25 (1) provides freedom of conscience and right to freely profess, practice and propagate any religion to all persons equally without any favor or discrimination in the matters of morality, health, public order and other provisions mentioned in Part III. The term ‘religion’ used in this article is not defined in the Constitution. In the case of Commr, HRE, Madras v. Sri Lakshmindra,the Supreme Court observed that “Religion is certainly a matter of faith with individuals or communities and it is not necessarily theistic.”[3] The Supreme Court tried to define religion in the case of PMA Metropolitan v. Moran Mar Marthoma and stated that “Religion is the belief which binds spiritual nature of men to super- natural being. It includes worship, belief, faith, devotion, etc. and extends to rituals. Religious right is the right of a person believing in a particular faith to practice it, preach it, and profess it.”[4]

Article 25 (2) (a) lays down that no provisions in this article can limit the state from making any laws which could control or regulate religious practices regarding any economic, political, financial or other secular activities. From this it is clear that the religious rights of a person conferred to him are not absolute under Article 25. In State of Tamil Nadu v. Animal Welfare Board[7], court held that the ‘jallikatu’ event was not an essential and integral part of the Hindu religion that has to be obligatorily followed after harvest. The exercise of this right is subjected to the maintenance of public order. In Acharya Maharajshri Narendra Prasadji Maharaj v. State of Gujarat[8], the Supreme Court held that no rights of a person are absolute in nature. A person may enjoy their rights as long as it does not infringe the rights of others. The state has the authority to interfere in cases of conflict between competing interests.

Article 25 (2) (b) lays down that measures for social reform are allowed and would not be considered as void on the ground of interference with religious freedom. For instance, introduction of monogamous marriage in the Hindu Marriage Act does not interfere with the right to freedom of religion as it was a measure taken to provide social welfare. In Krishna Singh v. Mathura Ahir[9], the Supreme Court emphasized on the need to distinguish between ‘religious’ practices and ‘secular’ and ‘social’ practices. This is because the only religious activities are protected under article 25, not the latter. This article also says that the state has the authority to open Hindu institutions of public character to all sections of Hindus. For instance, under this article any Hindu religious person may enter any temple for worshiping but he cannot claim, under his religious rights under article 25, to be allowed to enter the temple all day long and want to perform all the rituals and ceremonies himself. Thus, the court have realized the need for placing limitation of the rights granted under article 25 (1).

This article gives special protection to religious denominations. The term ‘religious denomination’ is not defined in the Constitution. In the case of Commissioner Hindu Religious Endowments, Madras v. Sri Lakshmindra Thirtha Swamiar of Sri Shirur Mutt,the court stated that “a denomination is referred to religious sect or group of people, classed under a distinctive name and having common faith.”[10]

The Supreme court in the case of Nallor Marthandam Vellalar v. Commr., Hindu Religious and Charitable Endowments[11],held that for a group to be considered as a religious denomination, three conditions have to be followed:

This article does not prohibit levy of a fee to provide some services. In the case of Ramchandra v. State of West Bengal[15], it was held that the levy of fee on pilgrims to a religious fair is valid as it was levied to meet the expenses of the measures that were taken to provide safety and safeguard the health and welfare of the pilgrims. Such laws are not prohibited even under Article 25(1) which allows the enactment of legislations for the promotion of “health, morality and public order.” The government is also permitted to levy a fee to meet the expenses of supervision over the administration of religious endowments. But a State cannot levy a tax for the purpose, only the Parliament can levy it. The State can only levy a fee.

India being a secular state provides for the equal protection and treatment of all the religions. It does not identify itself with any particular religion and stays neutral in such matters. Equal protection does not mean that the state aids and promotes the people to follow a religion and its practice, but at times it means to interfere and bring positive reforms for the betterment of the society. In most cases, a secular state does not interfere in religious matters just to establish a right and thereby hurt the religious sentiments of its followers. But in situations where grave harm is caused which affects a section of the society, the state can interfere to a certain extent in the matters of faith and religion.